A new law in Iran has been written to reduce the death penalty for drug smugglers carrying smaller amounts. 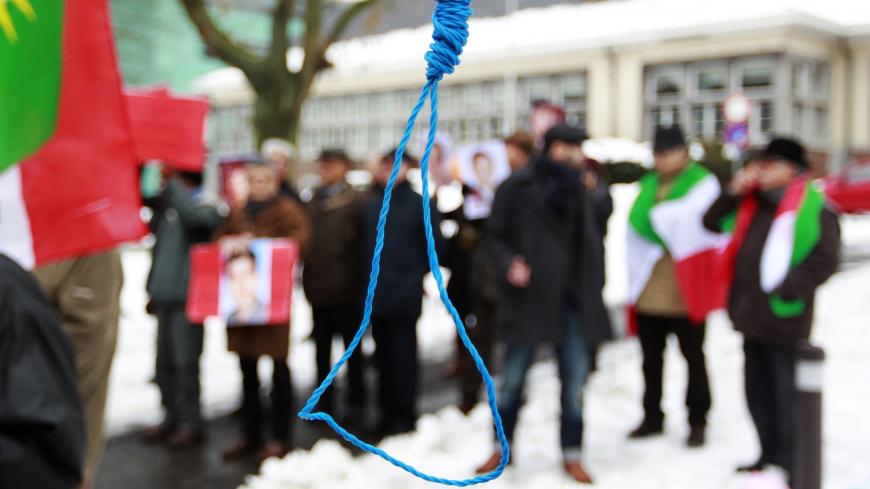 Iranian exiles shout slogans in front of a mock gallows to protest executions in Iran during a demonstration outside the Iranian Embassy, Brussels, Belgium, Dec. 29, 2010. - REUTERS/Francois Lenoir

Iran’s new law for combating drugs will be implemented beginning Nov. 14. The law — passed by the Reformist majority parliament and approved by the conservative Guardian Council — is set to decrease the number of people executed in Iran, which leads the world in executions on a per capita basis. Agencies in Iran responsible for combating drug smuggling, however, have warned that the new law will increase drug use.

The Iran Drug Control Headquarters, which is tasked with drug addiction treatment, combating drug smuggling and preventing addiction, warned that the law will increase access and use of drugs in Iran. Parviz Afshar, spokesperson for the Drug Control Headquarters, said, “We believe that — for a country whose neighbor is the world’s largest producers of drugs [Afghanistan] — completely eliminating the death penalty is not possible.”

Afshar noted that a suitable replacement for the death penalty needed to be found rather than just prison time and fines. According to him, confiscating the property of drug smugglers should have been considered in the new law. He also warned that some drug smugglers are also involved in terrorism, money laundering and armed crimes.

Yahya Kamalipour, an Iranian parliament member and deputy president of parliament’s legal and judicial commission, explained his support for the bill. “For 20 years I have been a judge and prosecutor and I know well the situation of the prisons and the families of prisoners,” he said. “Ninety percent of the executions for drug offenses were smugglers who were forced to carry drugs due to a bad event such as dowry for their daughters or surgery for their mothers. We have taken the death penalty from these people. But [as far as] the prime agents and those who deserve the death penalty, this punishment will be implemented.”

The bill still leaves Iran’s hard-line judiciary — which only answers to Iran’s Supreme Leader Ayatollah Ali Khamenei — enough leeway to interpret the law as they see fit. The head of Iran’s judiciary, Ayatollah Sadegh Larijani, has previously said that Iran would not eliminate the death penalty for drug smugglers, saying that without the death penalty the situation with drug use in Iran would be worse.