Turkey's Ministry of National Education has announced that Arabic courses will be offered to students starting in second grade, prompting some to call this an attempt to "assassinate secularism." 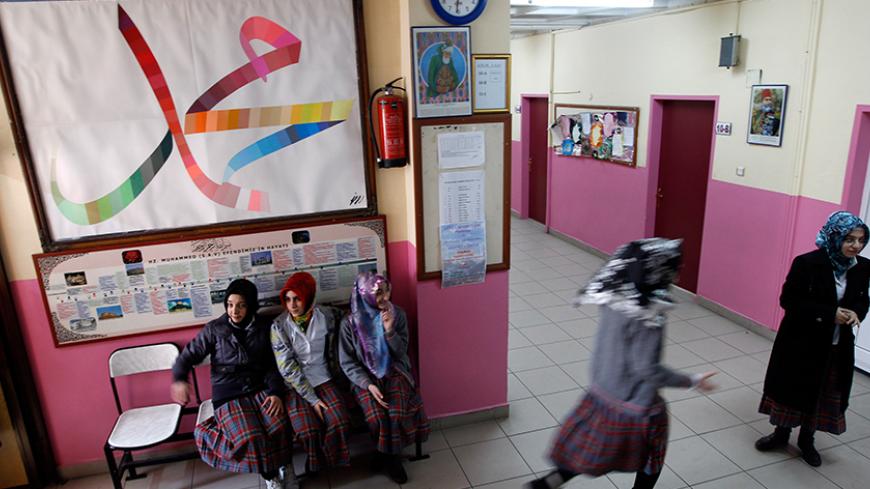 Turkey’s Ministry of National Education announced that as of the 2016-17 academic year, Arabic courses will be offered to students in elementary school starting in second grade. It will be offered as an elective language course like German, French and English. According to a prepared curriculum, second and third graders will learn Arabic comprehension and speaking, fourth graders will learn introduction to Arabic scripture, and after fifth grade the emphasis will be on developing basic language skills.

The ministry's decision provides an already severely polarized Turkey with another cause for division. Those who support Arabic instruction say in addition to religious reasons, it is essential to learn the language for economic, touristic, political and commercial reasons.

Veli Demir, chairman of the education union (Egitim-Is Sendikasi), which includes 50,000 members in the education sector, said, “They will compel people to select this course. Since they see Arabic as something holy they may eventually want to teach all courses in Arabic.”

Demir told Al-Monitor, "We know this government will not stop here but scrap the alphabet revolution of the republic. They increased the number of religious high school students from 70,000 to 1,200,000. They want to train voters to guarantee AKP’s future. We, on the other hand, want a generation that pursues civilization, peace and brotherhood.”

Minister of National Education Nabi Avci interprets the reactions against the decision as “some people" who are "allergic to Arabic.”

We questioned Demir about the minister's remark. He said they had no "allergy" but did not believe that including Arabic would contribute to the elementary school curriculum. ‘’Let our children first learn their mother tongue properly,” Demir said.

The alphabet revolution, introduced by Turkey's founder, Kemal Ataturk, was declared Nov. 1, 1928, and is upheld by Article 174 of the constitution. It was decided that the Latin alphabet was more suitable for the Turkish language than the more difficult Arabic.

Demir said they will go to court to sue against “violation of the constitution and revolutionary legislation” because of the introduction of Arabic script. He added, "Although we are not optimistic, we have no choice but to trust the judiciary."

The Ministry of Education explained why Arabic is being introduced: “Arabic, spoken in 22 countries by about 350 million people, is one of the six official languages of the United Nations. There are above all historical and cultural reasons why Arabic must be learned, which have religious significance in Muslim countries. In addition to religious reasons, economic, tourism, political and commercial reasons make it imperative to learn Arabic.”

Another major union in Turkey’s education sector, Egitim-Sen (Education and Science Workers' Union), with 170,000 members, reacted with a written statement: "The sole motivator of the passion for Arabic is to make children read religious books." The union said while steps are taken to educate a pious generation, pressing issues such as scarcity of teachers, inadequate number of classrooms and ensuring equitable conditions in education are ignored.

Parliamentarian Aylin Nazliaka of the main opposition party, the Republican People's Party, said the decision is political. “If the goal was truly to preserve our historic and cultural heritage, we wouldn’t have opposed it. But what they want is to assassinate secularism. Of course our children can choose to learn Arabic. But we are loading Arabic on a child who has just learned how to read and write. It is categorized as ‘selective.’ If children don’t elect that course, they will come under pressure and be noted. Turkey’s education system has two problems: the curriculum and the system. Under AKP [the Justice and Development Party] rule, the educational system has been constantly tampered with. The system was changed 11 times and the minister five times."

Two columnists of the influential daily Hurriyet crossed swords in the debate over Arabic. Melis Alphan wrote, “We can’t even teach English that the whole world speaks. It is impossible to imagine that this mindset that inserts Arabic into elementary school curriculum will help us move forward.”

Ahmet Hakan of the same newspaper had a more moderate approach. “We know that if French was introduced as a selective course in second grade, there [would] be those who [would] cheer it: ‘How beautiful … how nice.’ But they oppose Arabic teaching simply because of their dislike of Arabs."

Finding enough teachers to teach Arabic is surprisingly not seen as an important problem. Those who graduated from religious high schools where they learned Arabic and went on to higher theology education will be the main source of teachers. Moreover, refugees from Syria offer a new source. According to a report by state-owned Anatolian Agency, teachers escaping the war in Syria are already teaching Arabic at the faculty of theology at Erzurum Ataturk University. Suheyb el-Hajj Suleiman, one of the teachers, said he had problems with Turkish at the beginning but eventually overcame it with the warm support he received.

While the main impediment to using Syrian teachers to teach in elementary schools is their lack of Turkish language skills, there is a year to go before the decision is implemented, which may help in easing this transition.

Nimet Cubukcu, a former education minister with the AKP, told Al-Monitor it will be possible to employ Syrian refugees as Arabic instructors.

There was much chatter on social media about the decision to teach Arabic at elementary schools. As breaking news, humor news site Zaytung wrote, "Saudis held a panic meeting. They are wondering why we are emulating them."

There was also much much sarcasm. One Twitter user wrote, "We must learn it. Half of Turkish is Arabic anyway. We will be more comfortable." Twitter user @hayirlicumalar said, "When we speak of technology and space, first Arabs come to mind; it is more rational to teach our children Arabic instead of English." And yet another Twitter user advised, "Don’t be so afraid of Arabic. For years they teach you English but you can’t speak it. At least now you can read the Quran."