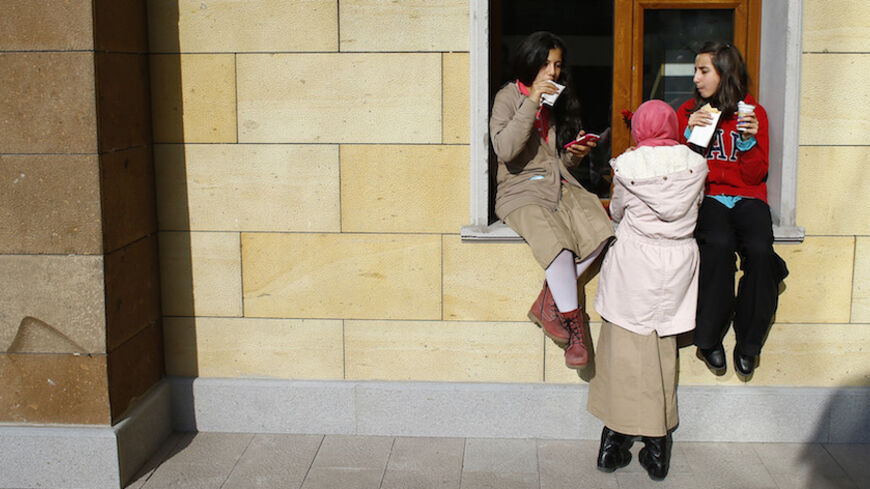 Back on Feb. 1, 2012, Prime Minister Recep Tayyip Erdogan made a speech to his party’s senior members that raised alarm and sparked heated debates over the future of secular education and the secular state in Turkey. Responding to criticism by main opposition Republican People’s Party (CHP) leader Kemal Kilicdaroglu, Erdogan said: “He says I’m dividing Turkey [into] the devout and the godless. I've never spoken of devout and godless people. I’ve spoken about raising a devout youth. I stand behind this. Mr. Kilicdaroglu, how could you expect us to raise an atheist generation? This could be your own objective, but not ours.”

Not surprisingly, Islamizing the education system would be Erdogan’s first step in “raising a devout generation.” Three years later, the topics of discussion and decisions taken at last week’s meeting of the National Education Council show that the government has, indeed, made significant strides in Islamizing education.

The National Education Council is the highest advisory body to the Ministry of National Education, tasked with examining education issues and making recommendations accordingly. About 600 people, said to represent the education bureaucracy and institutions as well as trade unions, teachers and pupils’ parents, took part in the five-day meeting in the Mediterranean city of Antalya. The council’s decisions become official only after they are approved by the ministry.

Reminiscent of the marching style of Ottoman military bands, the council moved by taking two steps forward and one step back on new initiatives to Islamize education. First, a pro-government teachers trade union, Egitim Bir Sen, submitted a proposal to end the obligatory coed education system with the stated aim of “minimizing security problems stemming from attraction to the opposite sex.” The justification was not a religious one, but Turks had not until then been aware that “security problems” of such a nature existed in their country. Proposals were then submitted for religion classes to begin in the first year of primary school and to “teach values” to kindergarten children. Another proposal called for teaching Islamic values in kindergartens. At present, compulsory religion classes begin in fourth grade. They are taught under a provision of the constitution, which is a legacy of the 1980 military coup.

Another proposal called for obligatory Ottoman-language classes in high schools. The Ottoman language, which uses the Arabic script, is currently taught as a selective course in high schools. As part of the “alphabet revolution” led by Mustafa Kemal Ataturk, the Turkish Republic abandoned the Arabic script in favor of the Latin script in 1928. The Ottoman language — a mélange of Turkish, Persian and Arabic words and grammar — was limited to being the official state and literary language of the Ottoman Empire’s palace, administration class and elites.

The two steps forward, one step back pace of the National Education Council resulted in the following decisions: The proposal to end obligatory coed education did not make it onto the agenda. On Dec. 6, the council’s general assembly rejected the proposal for obligatory Ottoman-language classes, but eventually moved “one step forward” by adopting the proposal for compulsory religion classes to start in first grade. Also adopted was the proposal to “teach values” in kindergartens, which calls for children ages 36-72 months to be taught “the concepts of paradise and hell” and imbued with “love for Allah.”

Other relatively smaller steps were also adopted. One of them pertains to the obligatory commemoration in schools of “Holy Birth Week,” April 14-20, to mark the birth of the Prophet Muhammad. Since 1989, Turkey has been the only country where this occasion is marked by state-sponsored commemorations. Another recommendation calls for students memorizing the Quran to be exempt from school for two years, rather than one year as at present. Another noteworthy recommendation envisages the scrapping of the “alcoholic beverages and cocktail preparation” course in vocational schools training personnel for the tourism sector.

Kilicdaroglu was at the forefront of criticism of the decisions, calling them “an effort to prevent people from thinking.” Speaking on Dec. 6, he said, “The primary characteristic of education is to make sure that our children are able to ask qualitative questions. What you are doing with this is preventing our children from asking questions. They want to convert Turkey into a medieval country.”

To paint a thorough picture of the existing situation, one has to recall also a number of crucial steps taken in autumn 2014 to Islamize education in line with the Sunni faith. First, at the beginning of this school year, a considerable number of conventional secondary and high schools were transformed into imam-hatip secondary and high schools, which provide mostly religious education, without the consent of students and parents.

In another critical step last autumn, officials announced on Sept. 22 that girls would be free to wear the Islamic headscarf in school starting in fifth grade, that is, as early as age 10. The decision represented a green light to parents to get their daughters to cover their heads at the age of 10. That is how the headscarf age for females in Turkey was reduced.

These steps by the ruling Justice and Development Party are not only reshaping the education system according to the Sunni faith, but they increasingly render the country’s “constitutional secularism” a principle existing only on paper.

The reason Erdogan and his administration want to Islamize the education system was offered in the beginning: They want to raise a devout generation, a manifestation of “social engineering,” which they have so fervently criticized in the past. The “devout youth” is the carrier of Erdogan’s “New Turkey” paradigm. The generation to be raised under an Islamized education system is seen as the guarantor of the regime political Islam is building in Turkey.