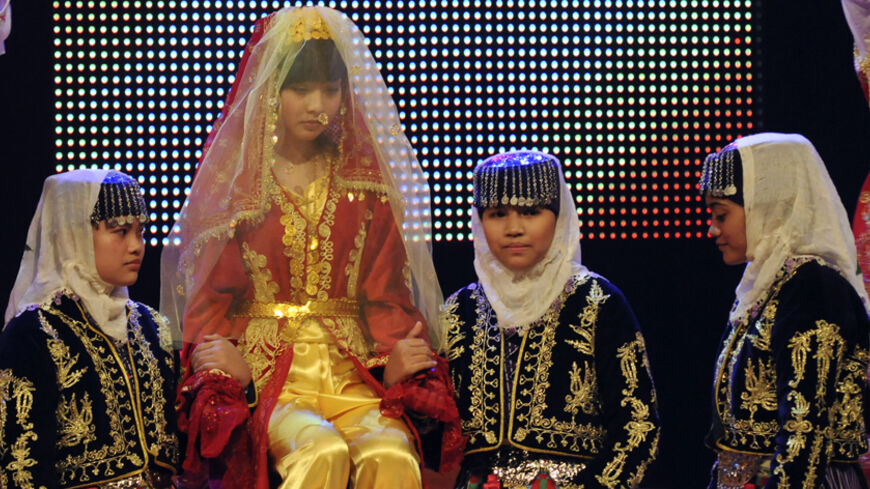 Prior to December, not many Turks had ever heard of the National Education Council or its functions. Yet, the council held its 19th meeting Dec. 2-6 in Antalya and made the headlines of all Turkish newspapers. The first time the council made the news was the controversial opening speech President Recep Tayyip Erdogan gave Dec. 2. Erdogan said, “Today, Turkish children know who Einstein is, but are clueless about Ibn Sina.” (Ibn Sina is a Muslim scholar from the 11th century.)

The council’s agenda was laden with rather unconventional topics such as segregating schools by gender, banning cocktail-mixing classes in tourism courses and introducing religious classes for kindergarten and the first three years of elementary school. The debates became so heated that on Dec. 4, Minister of Education Nabi Avci declared the council off-limits for the press, which raised further curiosity and tension.

However, the biggest surprise, which led to the strongest reactions, came Dec. 4 when the National Education Council decided to introduce mandatory Ottoman-language classes for all high school students. On the last day of its meeting, the council revised its decision, however, and made the Ottoman-language instruction an elective course. The final decision stated that it should only be mandatory for students at imam-hatip schools (religious educational institutions).

The majority of the Turkish public was caught off guard on the issue of Ottoman language instruction. However, it is not a new idea. In December 2012, Ozcan Yeniceri, a parliamentarian from the ultra-right-wing Nationalist Action Party (MHP) had proposed a bill to the Turkish parliament to introduce the Ottoman language as a compulsory component for secondary and high school students. Although it raised some debate at the time, the discussion was not as intense as this time — probably because that bill was proposed by a small opposition party. A Middle East analyst in Turkey told Al-Monitor, on condition of anonymity, “The new decision was definitely unexpected in a country where until a few years ago it was Harvard University that was sponsoring Ottoman-language courses.”

In 1928, the new Turkish Republic switched its alphabet from Arabic to Latin. In today’s debate, most pundits warn against referring to “Osmanlica” (Turkish for the Ottoman language) and prefer using "Ottoman Turkish" or "Old Turkish." They argue there is no such thing as the Ottoman language, which was the formal language of the Ottoman Empire and was used for official communications and in print; it used the Arabic alphabet with certain adjustments to accommodate for Turkish sounds. Many Ottoman words are Turkish but there is a heavy influence of Persian, Arabic and other languages as well. The proponents of the teaching of "Old Turkish" are heard saying that “now [our] children can understand what is written on their ancestors' tombstones,” and rightfully argue that anyone doing archival research of Turkish history and literature must be familiar with the language of that time. The opponents hit back with bitter anger and black humor.

The opposition’s resentment was worsened by the Justice and Development Party (AKP) member’s provocative remarks on social media. For instance, former AKP member Gulseren Topuz tweeted on Dec. 5: “Now that compulsory Ottoman language instruction in schools is on the agenda, traces of Byzantium seeds will reveal themselves.” Although Topuz deleted her tweet within a day, hundreds of replies poured in criticizing her racist comment. Some of those tweets reflect the contemporary rifts in Turkish society:

“Would you retweet this line in Ottoman? We cannot understand it.”

"Let’s teach the illiterate Kemalists Ottoman so they can read Ataturk’s words."

"If it were not the teaching of Ottoman but Hebrew, they would have gladly accepted the decision."

Then, several tweets appeared with Ottoman versions of the words "thief," "bribery" and "corruption," referring to the censored words of the December 2013 graft probe. On Eksi Sozluk, the biggest unofficial online Turkish dictionary, one commentator wrote, “I was wondering all along where the Turkish youth can be found. Now I know, they are all wandering around in graveyards, trying to decipher their ancestors’ tombstones.” Someone else chimed in, writing, “Wasn't Ottoman the language of the palace? We have a palace, so the residents of the palace should learn it first,” referring to Erdogan’s new residence.

Arzu Kaya-Uranli, a Turkish journalist based in New York, tweeted about the common concern of the majority of Turks: “We are not against the instruction of Ottoman, but the idea of making it a compulsory course.”

Cuneyt Ozdemir, a popular anchorman, led several pundits in a debate of more utilitarian questions: What purpose would it serve to compel all high school students to learn an extinct language? Who would teach it, given that not many teachers can read or write the Arabic script? At this point, scholars also emphasized that the Turkish educational system is one of the worst among the countries that are members of the Organization for Economic Co-operation and Development. It is particularly remarkable that Turkish students ranked low in Turkish comprehension along with mathematics and science in the last test conducted in 2012. Social media users also shared images of errors in the Turkish language (simple and commonly misspelled words) for laughs and to highlight that “we cannot even teach Turkish properly, so why now engage in Ottoman?”

The situation is not any better in English as a foreign language. English is taught in most Turkish high schools, however, according to research conducted by Education First, Turkey ranks second to last among 44 countries in the English Proficiency Index. Social media users had a great time also making fun of embarrassing errors made in English, even at official events.

Ceyda Karan, outspoken journalist and foreign news chief of the staunchly secular Cumhuriyet Daily, touched a nerve when she commented: “Maybe they assume Turkey will get along better with Middle Eastern countries if Ottoman is taught in schools.”

Perhaps the Kurds were the most perplexed about this decision. While waiting for a right to education in their native language Kurdish, now they find out they would be required to learn Ottoman. They reacted with the slogan, which rhymes in Turkish: “Ottoman a requirement, but a Kurdish problem.” To add insult to injury, the commission did not even take the demands of the Kurds and their right to education in Kurdish into consideration.

Islamist daily Yeni Akit initiated a campaign to teach the Ottoman language, while one of its columnists, Mehmet Ali Tekin, referred to the alphabet used in the Ottoman language as the “Islam-Arabic alphabet,” a term that would encourage devout Muslims to learn it. Tekin said, “Overnight in 1928 [referring to the alphabet reform], our 900-year history was disconnected from future generations. The caliphate was abolished. We were asked to wear hats. Our alphabet was changed.”

There are also allegations that the neo-Ottoman administration has the best interest at heart of not the K-12 student body but graduates of theology schools, whom they would like to hire. The initiative is seen as a favor to provide employment opportunities to the members of the different religious orders, especially to thousands of teachers who can then acquire government employment.

A simple suggestion such as teaching a language or an alphabet has become a major social battlefield in Turkey. Yet, it is not just about the introduction of a new subject, but rather the insistence of the National Education Council on compulsory Ottoman-language instruction that rubs salt in the wounds of those groups whose voices are constantly and deliberately ignored — the Kurds, Alevis and secularists.