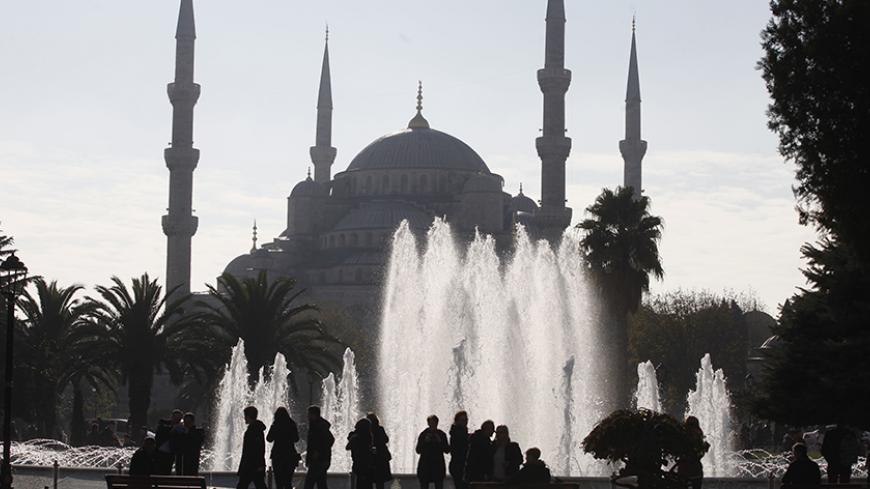 Addressing the Fifth Religion Council on Dec. 8, Turkey's President Recep Tayyip Erdogan vowed to make Ottoman-era Turkish a compulsory course in high schools. “Turkey’s scholars and intellectuals are fortunately standing tall despite 200-year-long pressures trying to cut us from our roots,” Erdogan said. “Teaching Ottoman [-era Turkish] is debated for five days in the [National Education] Council. Yet there are those who are troubled by this country’s students learning Ottoman.” He added: “Whether they like it or not, Ottoman will be taught and learned in this country.”

Despite this stern narrative, Prime Minister Ahmet Davutoglu played it down. “Those students who wish to study it may take it as an elective course, and those who don’t want to study it — don’t! This is what is being proposed at the [National Education Council],” Davutoglu said Dec. 8. “It is not possible to understand this allergy toward our historical background and our culture.”

Yet, the initial proposal at the National Education Council was to make Ottoman-era Turkish a mandatory course. After a series of reactions to the proposal, mainly from the opposition and ordinary people, the council rolled back and suggested making it an elective course. It is not that Ottoman-era Turkish is not taught at Turkish schools: It is. However, the government aims to develop a new synergy, creating a trend particularly among the country’s youth, to study Ottoman-era Turkish.

Erdogan argues that since Sultan Mahmud II initiated political reforms in 1839, “That is to say for almost 200 years, some issues could not be discussed freely with self-confidence and brevity. The religion, which is at the heart of all matters in Turkey, could not be discussed objectively, in an unbiased fashion, free of fears and neighborhood pressure. In fact, forget about discussing all those matters related to religion in a free fashion; religion and practicing Muslims for 200 years came under systematic criticism, insults and belittling.”

Sahin Filiz, a professor of philosophy at Akdeniz University, however, considers Erdogan’s remarks a critical turning point. “Until now, [the Justice and Development Party] narrative was critical of the Republican-era reforms,” Filiz told Al-Monitor, challenging those analysts who interpret Erdogan’s remarks as a direct rebuke to the 1928 alphabet reform by Mustafa Kemal Ataturk, the founder of modern Turkey, replacing the Arabic alphabet of Ottoman-era Turkish with a Latin one.

“This time, however, Erdogan is taking the marker before the Republic was founded in an attempt to gain the support of the Kemalists, nationalists and all those in opposition in the coming election — implying that they are not the sole responsible party to cut the nation from its roots,” Filiz said. “He blames Sultan Mahmud II for his reforms Westernizing the Ottomans, basically expressing a desire to move back to the Ottoman days prior to these reforms being initiated.” Filiz added: “The president therefore indirectly admits that all these efforts of Westernization that call for implementing equality, applying human rights, secularity, democracy, respecting the judiciary and the rule of law are not an easy fit with his totalitarian character.”

Turkey’s opposition parties also fiercely argue that Erdogan is wasting the time and energy of the nation for something that is not relevant to the country’s needs today. “Even if the military comes to take my daughter to force her take this compulsory Ottoman-era Turkish course, they can’t do it,” Selahattin Demirtas, co-chairman of the pro-Kurdish People’s Democracy Party (HDP) said Dec. 9. “It is nothing but nonsense to make Ottoman-era Turkish compulsory at schools. They also forced us to read [the national] pledge for years, but it is [recited] no longer.”

Huseyin Aygun, Tunceli deputy for the main opposition Republican People’s Party (CHP), was also harsh in his criticism against the decisions of the National Education Council. “If you were to bring the militants of the Islamic State from Raqqa, it would have been a more liberal meeting on education,” he said at a news conference in parliament Dec. 8. “This council meeting declared de facto the end of mixed-sex education. Nabi Avci [the minister of education] will in the future be put on trial for this.” He added, “No one can teach my kids Ottoman-era Turkish or Arabic by force.”

Nur Serter, CHP Istanbul deputy, agreed. She said that Erdogan aims to rebuke the 1923 revolution. Critics indeed state that Erdogan’s and his ruling party’s long-established resentment of the country’s republican past shadows any reasonable and rational outcome this could have produced.

Critics also wonder about the priorities of the government. Turkish students do not do well in general in their math, science and reading-and-writing classes. Those in the opposition argue that these classes are those key denominators that could help these students and therefore the state leap into building a more developed country. The compulsory study of religion and of the past is not considered as a crucial asset for building the country of today and the future.

“When my daughter comes home, we have little quality time together,” Ayten Kiraz told Al-Monitor. “She goes to her room, and studies for the university placement exam. Their time is not endless, and we can only ask them to study up to a point. I don’t want my daughter or other kids to get burned by this over-demanding and confusing education system that we have.”

Critics also stress that the council decided to remove classes educating students about traffic rules and human rights. Yet, Erdogan seems to have taken this issue as yet a new conflict with the opposition. “History rests in those gravestones. Can there be a bigger weakness than not knowing this?” Erdogan asked. “This [breakaway from the Ottoman alphabet] was equal to the severing of our jugular veins.”

Yusuf Halacoglu, Kayseri deputy of the Nationalist Action Party (MHP) and former head of Turkish Historical Society (TTK) and the only parliamentarian who is fluent in Ottoman-era Turkish both in writing and reading, is convinced that the students can only learn a broken Ottoman-era Turkish in this way, and that it will not help or contribute to people’s desire to learn their history. Halacoglu, however, proposes that the state allocate a budget to boost the performace of those who do want to study Ottoman-era Turkish and history so that society at large can benefit from their knowledge. Yet, he stresses that Turks are not keen on reading books to begin with. 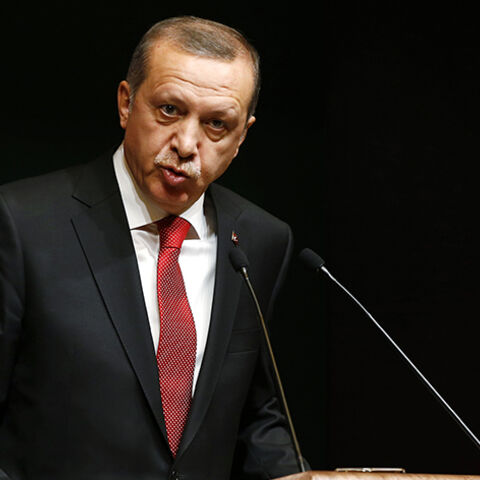