In nominally secular Turkey, the K-12 public curriculum has been updated to omit evolution and expand religious instruction. 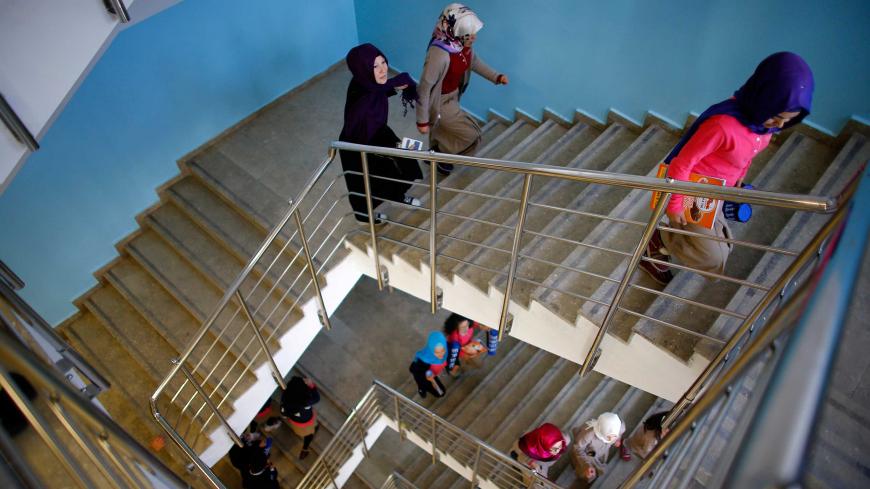 Students of Tevfik Ileri Imam-Hatip School climb flights of stairs as they leave their classrooms for a break in Ankara, Turkey, Nov. 18, 2014.

As the new school year started in Turkey on Sept. 18, civil society groups and media outlets rang alarm bells. The issue is Turkey’s new K-12 curriculum, updated over the summer to remove all instruction on evolution from science classes and expand religious instruction.

The debate started earlier in the summer when the Ministry of National Education updated the K-12 curriculum by removing evolution and introducing the concept of jihad. Education Minister Ismet Yilmaz defended the decision July 18, arguing that evolution “is above the students’ level and not directly relevant.” Not surprisingly, critics questioned whether, if evolution is “too complicated” for adolescents, religious texts — with their frequent use of metaphors and allegories — might be even harder for them to grasp.

In a supposedly secular country run by the Justice and Development Party (AKP) government, which has roots in political Islam, education policy is hotly contested. Turkey’s Education and Science Workers Union, the country’s largest teachers union, harshly criticized the new curriculum for being “designed in a way that reflects the government’s world view.” Union officials also said the AKP’s misguided policies will “commercialize and liquidate public education” by forcing middle- and upper-class parents to send their children to private schools. Defenders of the new curriculum point out that Turkey’s decades-old educational system relied on rote memorization and outdated pedagogical methods.

Although critics’ fears are well taken, they are overdue. For anyone paying attention, Turkey’s educational system took a religious turn in the early 1980s. It was the military regime of 1980-83 that imposed a series of mandatory courses on religion. Officially called “Culture of Religion and Knowledge of Morals,” the classes were introduced at the fourth grade and then taught several times until the end of high school. At the time, the military regime and, after the transition to civilian rule, center-right governments hoped to counter communist and socialist influences.

Despite the objective-sounding name, the so-called religion classes did not teach students about different faiths in the Middle East and around the world. Instead, they served as the main avenue through which the supposedly secular Turkish state indoctrinated young minds according to the Hanafi school of Sunni Islam. Rote memorization of Quranic verses is compulsory. Because very few Turks could read Arabic script, students had to read some of the most important lines from the Islamic holy book transliterated into modern Turkish, which uses the Latin alphabet. A very important part of a student’s grade came from reciting these verses in front of the class. Tellingly, Turkey’s dwindling Christian and Jewish citizens often ask that their children be exempted from the religion classes.

According to a study prepared by Turkey’s “Education Reform Platform,” a group that brings together a diverse set of educational foundations, those problems will persist under the “new” curriculum.

With respect to evolution, the removal of Darwinian thinking is only an acknowledgement of the beliefs Turkish society has held for many years. In a 2006 survey among the world’s most developed 34 countries, the only society that ranked lower than the United States in accepting evolution was Turkey, where only 25% of the population accepted the notion that humans and other modern primates share a common ancestor.

What the AKP government is doing to Turkey’s educational system could spell disaster for the country for decades to come. But it is important to recognize that the ruling party has only placed into overdrive a process that started a long time ago.