What is Turkey’s problem with Darwin?

The elimination of the theory of evolution from Turkey's high school textbooks seems to be the latest round in the country's century-old culture war. 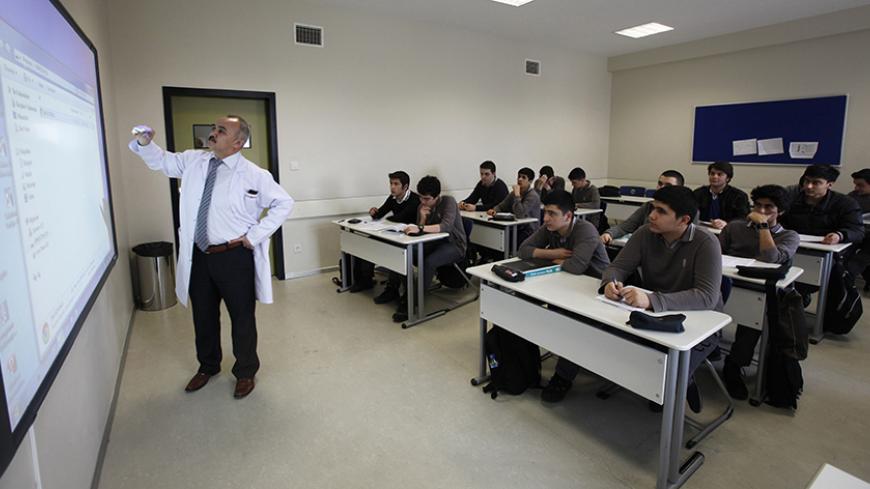 Turkey’s National Education Ministry announced a new curriculum for secondary schools on Jan. 16. A draft of the curriculum will be discussed for a month, the ministry said, and criticisms will be taken into account before the final version is approved. Some aspects of the new curriculum, such as decreasing the amount of homework and allowing more time for play and socializing, seem like good ideas, but as usual, what made the headlines were the changes related to the culture war between Turkey's religious conservatives and secularists. Commentators from the latter camp focused primarily on the life and times of Ataturk, Turkey’s secularist founder, being given less attention. Any secularist with a broad outlook should, however, be concerned about something else: the elimination of the theory of evolution from biology textbooks.

This change appears to be a “reform” based on advice given by Egitim Bir-Sen, a conservative, pro-government education union, to the ministry. Thus, “The Beginning of Life and Evolution,” the only chapter on evolution in the pre-college curriculum, will be excised from high school textbooks. The replacement chapter will be titled “Living Beings and the Environment,” and all references to Darwinian or “neo-Darwinian” theory will be removed. In other words, a Turkish high school graduate will learn nothing about one of the most important scientific theories, the one explaining the diversity of life on Earth as the product of common descent through gradual change and natural selection.

Why is Turkey’s National Education Ministry taking such a dramatic step? The answer is obvious to anyone familiar with Turkey’s culture war: Since the early 2000s, religious conservatives have had the upper hand in Turkey, and their distaste for the theory of evolution is well established. Many of them see the theory as corrosive to religious faith and want to “protect” young generations from such “harmful” ideas.

Wrestling over the theory of evolution in Turkey goes back to the late Ottoman Empire, which saw a period of relative freedom of thought. Self-declared “materialist” Ottoman thinkers, among them Abdullah Cevdet and Suphi Ethem, translated the works of evolutionary scientists, including the German biologist Ernst Haeckel. In turn, some Islamist Ottoman thinkers, like Ismail Fenni Ertugrul and Filibeli Ahmed Hilmi, wrote refutations of the “school of materialism,” raising arguments that also challenged the theory of evolution. In other words, they wrote dissenting opinions instead of calling on the government to silence opposing viewpoints.

In the more secular Republican era, the theory of evolution entered school textbooks and popular culture. It was often used in making ideological claims, going beyond a mere scientific theory. In the 1970s, the Marxist left adopted Darwinism as a cornerstone of its dialectical materialist philosophy. The right, perhaps understandably, began to see Darwinism and atheism as almost synonymous concepts. From the 1980s onward, translations of books by the “new atheists,” such as Richard Dawkins, added fuel to the fire. In response, Islamic creationism exploded in Turkey, often using arguments borrowed from Christian creationists in the United States.

Under the ruling Justice and Development Party (AKP), the issue has repeatedly surfaced. In 2009, the Scientific and Technological Research Council of Turkey (TUBITAK) suspended the editor of its monthly magazine over a cover featuring Darwin. In 2013, TUBITAK stopped publishing books about evolution.

The elimination of the theory of evolution from high school textbooks seems to be the latest round in Turkey's century-old culture war. The religious conservatives behind the move probably believe that since they run the education system, they can purge it. There are, however, two important facts they seem to have overlooked.

First, the theory of evolution and atheistic interpretations of it are two different things (as is the case with many other scientific theories, including the Big Bang). There are scientists and thinkers in the West who view evolution as compatible with their belief in a creator. Moreover, Islamic civilization has its own tradition of evolution, with various medieval Muslim scholars having written about the common origin of the species centuries before Darwin. That is why John William Draper, a Darwin contemporary, referred to Darwin’s views as the “Mohammadan theory of evolution.”

Second, Muslim belief in evolution is not unheard of in modern-day Turkey. Such modernist theologians as Mehmet Bayraktar, Caner Taslaman and the late Suleyman Ates have popularized the idea. In “The Creative Evolution Theory in Islam” (2001), Bayraktar explains that for Muslims, evolution can be viewed as a process preordained by God to create species through natural means, just like God “creates” rain through natural means that are detectable by meteorology.

Regardless, even if one has a philosophical problem with the theory of evolution and views “special creation” as the explanation of life’s origins, what is the benefit of keeping students ignorant about the discussion? Even if Turkish students never hear about evolution in school, they will certainly come across it in popular culture. Therefore, from a conservative religious point of view, wouldn't it be wiser to teach students about a confusing theory along with explanations to make it less mysterious?

The advice to the National Education Ministry here would be as follows: Never take the theory of evolution out of the scientific curriculum. To the contrary, teach students the basics of the theory (and don’t naively assume that the word “theory” means “just an unimportant idea,” because it is an idea that any educated person should know). Also teach students that there are scientific criticisms challenging the theory and that the theory’s philosophical implications have been interpreted quite differently by various people, ranging from militant atheists to pious Catholics and Muslims.

Such a curriculum on evolution would not even go against the current government’s vow to raise “pious generations.” It would just make pious students informed students as well, and it is better to be pious and informed than pious and uninformed.