Russia's military involvement in Syria is testing its relations with Israel and the determination of both countries to avoid a conflict. 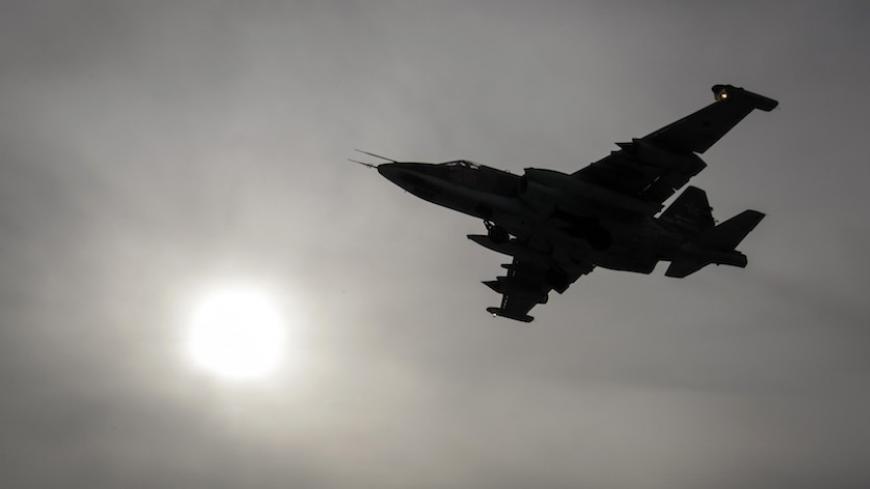 Israel and Russia are acting like two lions on the African savanna. One, the younger one, rules the territory. He is used to walking around freely and doing almost anything he pleases without disturbance. Suddenly another lion appears on the scene, more mature, stronger, far more powerful. The two lions warily eye one another. Neither wants to get involved in a squabble that might inflict harm. The territory is large enough for them both, and their interests are not necessarily incompatible. They decide on a “cold peace” kind of coexistence involving a certain amount of coordination in the joint territory. What we see now is how these two lions circle each other, checking out the other’s alertness and vigilance, sniffing, setting out boundaries, checking each other’s responses, trying to determine the rules of the game.

This is how a Western diplomat stationed in the Middle East and speaking on condition of anonymity described what is going on between Israel and Russia regarding events in Syria. According to foreign reports, on Oct. 30 the Israeli air force attacked Syrian army and Hezbollah targets on Syrian territory. Over the last two weeks, the Russians are regularly striking rebel targets throughout Syria. Some of these strikes take place in the Syrian Golan Heights, not far from the Israeli border. One of the attacks almost reached the border zone; it took place in the Daraa region, about six miles from the border between Israel and Syria. Russia is using these airstrikes to test Israel’s nerves. Israeli policy is clear: Its air force intercepts every plane or aerial object that reaches Israel’s border line, without asking too many questions. What will happen if Russian fighter planes accidentally cross this line? No one in the Israel Defense Forces is willing to answer this question.

To relieve the tension, Israelis like to recall the aerial battles above the Suez Canal during the war of attrition between Israel and Egypt. During one of these fights in July 1970, the Israeli air force downed five MiG-21s flown by Soviet pilots. No one in Israel wants to return to those old days; nevertheless, the situation is not simple. According to foreign reports, Israel's strike against Syrian army and Hezbollah targets was designed to stake out its territory and also to clarify to the Russians that even if they are present now, Israel will continue to defend its interests. About a month ago, after Russian President Vladimir Putin expressed “concern” regarding Israel’s strikes in Syria, Defense Minister Moshe (Bogie) Ya’alon said, “I propose that [no one] tries to test us.'' Ya'alon noted that the Israeli activity is not coordinated with Russia and said, ''We have interests, and when [these interests] are threatened, we take action, and we will continue to do so, and this was also spelled out to the Russian president.''

Since then, a widely publicized meeting was held Oct. 7 between Russian Deputy Chief of Staff Nikolai Bogdanovski and Maj. Gen. Yair Golan, Israel’s deputy chief of staff. At the meeting, it was declared that “coordination” would be established between the two states. What, exactly, will this look like? As far as we know, it's not a telephone hotline open 24/7 or anything like that. Instead it is a form of general coordination, superficial and irregular. When the Russians strike near the Israeli border, Israel receives (according to military sources) a “general idea” about the strike. No list of targets is given, no bombing sites, no exact regions. And when Israel strikes near the border after shooting trickles over from the other side? “We don’t coordinate our assaults,” said a senior military source on condition of anonymity. “We don’t need to get permission to defend our immediate interests. We live here, this is our border and we operate just as we have done until now. Our red lines are clear and we have no intentions of changing them.”

In the contacts between Israel and Russia, the sides focused on finding a formula to “lower the potential for friction” between them. The intent was to reach “maximum actualization of the interests of both sides with minimum coordination.” In other words, we are talking about "polite" coordination: not detailed, not immediate, not operational. There is no division of landmarks on a map, no picking up a telephone half an hour before an assault. “The skies are large, there’s enough room for everyone,” a high-ranking Israeli military source told Al-Monitor on condition of anonymity. Nevertheless, both sides are aware that conflicts of interest exist between the air forces of Israel and Russia. There are also minefields planted between the sides.

The big question asked in Jerusalem is how much Putin is willing to invest in Syria. Will he be sucked into the vast Syrian vacuum, or limit himself to what is happening now, more or less? A very high-ranking Israeli military source said on condition of anonymity a few weeks ago, “There is definitely the possibility that Syria will turn into Russia’s Vietnam.” He stopped to think for a minute, then added, “In fact, you don’t even need the Vietnam example. Russia had its own Afghanistan. They know very well what extremist Islam really is.”

Putin’s interests are antithetical to what most of the Israeli defense system want to happen: At this point, Israel continues to view the Shiite axis of evil, from Tehran through Damascus and up to Beirut, as the main threat to Israel and the entire region. Therefore, Putin’s efforts to tilt the balance in the Syrian battlefield together with the Iranians comes at the expense of Israel’s security needs. On the other hand, no one in Israel is getting too agitated yet. Iran’s Revolutionary Guard Corps have suffered several harsh defeats at the hands of the Islamic State in the last two weeks, they say in Israel. It could be that Russian involvement will, all in all, equalize the battlefield and freeze the bloody stalemate. And this would be viewed by Israel as a positive development.

One way or the other, the two lions running circles around each other on that African savanna continue to try to set the rules of the game on the fly. Israel does not exclude the possibility that the Russians will declare a no-fly zone for most of the skies above Syria, and will enforce it by erecting batteries of anti-aircraft S-300 missiles in the sea off the Syrian coast. This kind of development could happen even without an official declaration. The Israeli air force could simply realize that certain areas are covered by S-300s. Will the sides challenge one another? In such a case, the rules of the game would be redefined. Russia could assume the stance of superpower and try to show Israel, a much smaller and weaker country, who’s boss. Such a development could throw down the gauntlet to all the players on the hemorrhaging Middle East chessboard.

At this stage, the assessment is that the chances are low for such a scenario to emerge. As of the evening of Nov. 1, Putin’s first priority is to decipher the mystery of the Russian civilian airliner that crashed in Sinai on Oct. 31. Almost all the players hope that it will emerge that this was not the result of an IS terror attack — everyone except for IS itself.