'Under 50' Iranians killed in Syria

An Iranian security official has addressed several hot-button topics in the media, including the implementation of the nuclear deal and the rising Iranian death toll in Syria. 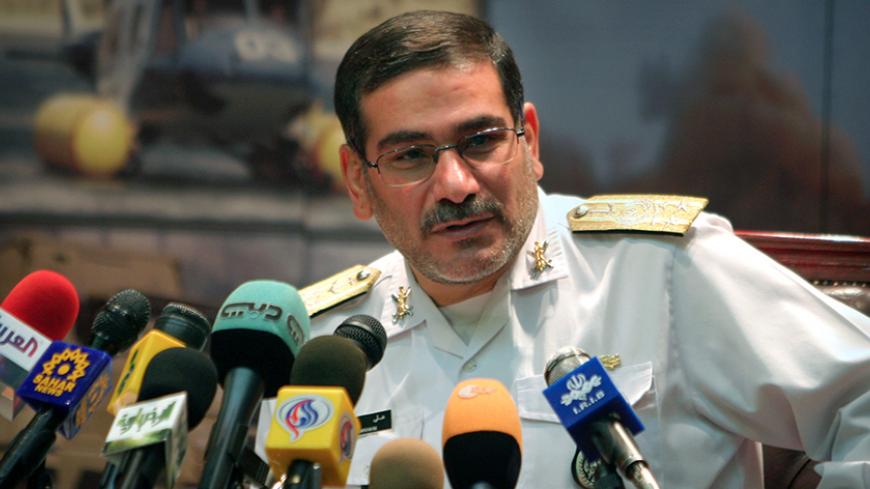 Rear Adm. Ali Shamkhani, secretary of Iran’s Supreme National Security Council, has been making the media rounds lately, giving interviews about the latest developments in Syria, Iranian-Arab relations and the status of Iran’s removal of centrifuges under its nuclear deal with six world powers.

In his latest interview, the former defense minister under Reformist President Mohammad Khatami spoke Nov. 11 to the Iran-funded Arabic news channel Al-Alam. Shamkhani said the rising death toll in Syria of Iranian soldiers, which he referred to as "advisers," is due to the increasing number of battles taking place. In late September, Russian planes began assisting the Syrian army on the ground in large-scale offensives to retake land in Aleppo and other parts of the country.

Shamkhani put the number of Iranians killed in recent battles at “under 50.” Despite the relatively high death toll, Iranian officials have shown no signs of changing policy.

“The primary goal is to free the Syrian people from the claws of terrorists, and this will continue in whatever form until the correct outcome is reached,” Gen. Hossein Salami, deputy commander of the Islamic Revolutionary Guard Corps, said Nov. 11.

Commenting on the ongoing Vienna talks about Syria, Shamkhani said two goals must be considered: fighting terrorism and allowing the Syrian people to decide their own fate through elections. Iran participated in the last round of Vienna talks Oct. 30, but it is not clear whether Iran will attend the next round, set for this week. Deputy Foreign Minister for Arab and African Affairs Hossein Amir-Abdollahian said Nov. 11 that Iran’s participation depends on whether the United States will answer for its “one-sided behavior without consulting other sides.”

The Syrian civil war has polarized the region, as many countries support and fund their own proxies, with Iran and Saudi Arabia at opposing ends. Shamkhani said Saudi money is playing a significant role in Syria. He accused Saudi Arabia of funding terrorists who attacked a Shiite procession in October in Iran, killing two people. He also accused Saudi Arabia of using its resources and money to “mobilize Arabs against Iran.”

However, Shamkhani denied the existence of Iranian-Arab tensions, especially with Arab countries in the Persian Gulf, saying that Iran has good relations with Kuwait, Qatar and Oman. Shamkhani, who is of Arab descent and the only Iranian to receive the Order of Abdul-Aziz Al Saud for his role improving Iranian-Arab relations, said, “We have no problems with Arabs or with Iranian-Arab talks.” He added that Iran’s only problem with some neighbors is that they implement policies at the order of foreign powers.

On the nuclear deal, state media outlets reported Nov. 10 that Shamkhani said Iran had stopped dismantling its centrifuges. The statement made headlines both in Iranian and Western media. On Nov. 11, however, Shamkhani denied saying so, adding that Iran is committed to implementing the nuclear deal, which requires it to dismantle a number of centrifuges to receive sanctions relief.