Former Defense Minister Ali Shamkhani is the first Iranian of Arab descent appointed to the position of secretary of the Supreme National Security Council. 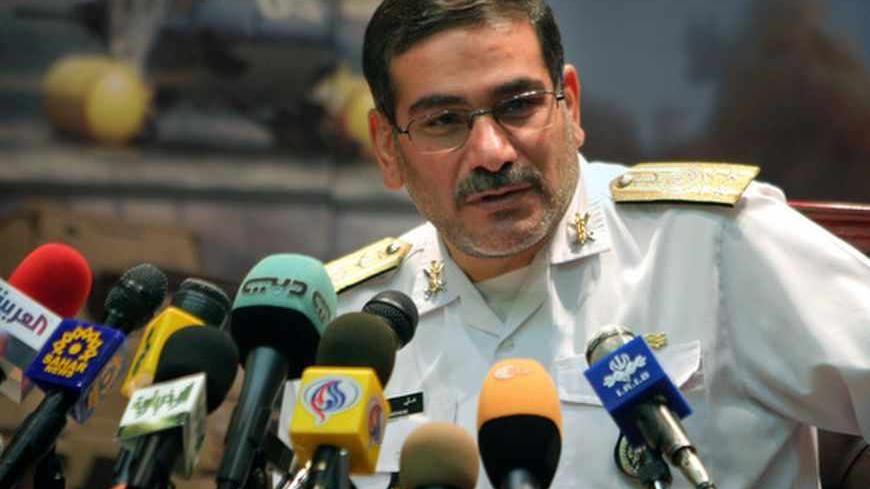 TEHRAN, Iran — Ali Shamkhani is Iran’s new Supreme National Security Council secretary, a new role for the strong man who used to be Iran’s defense minister a decade ago, Iran’s navy commander two decades ago and the supreme leader’s military adviser only days ago.

The “admiral” — as he is called here in Tehran — brings something much more interesting to the job than all his previous positions held. Shamkhani is an Arab, and this makes him the first Iranian Arab to be given such responsibility. Indeed, he was also the first Arab to be defense minister (1997-2005).

Shamkhani was born in 1955 in Ahwaz, the capital of the Khuzestan province in western Iran. When he was about 15 years old, he, his father and brothers visited the United States. They stayed to study, but he decided it was not meant for him to be there. Though young, it seemed he knew what was waiting for him. In the aftermath of the Islamic Revolution (1979), Shamkhani played a vital role in founding the Islamic Revolutionary Guard Corps (IRGC).

During the eight-year war between Iraq and Iran (1980-1988), Shamkhani was the commander of the revolutionary guards in the Khuzestan region, and he was promoted to deputy commander-general when he was only 30 years old.

What does Shamkhani's appointment mean for politics?

Appointing an Arab sends an important message from Tehran to the other side of the Gulf, given that Shamkhani himself is the holder of Saudi Arabia’s late King Abdulaziz’s medal — the Order of Abdulaziz al-Saud — for his role in enhancing Iranian-Arab relations, especially the Arabs of the Gulf. The new secretary enjoys good relations with several Arab and Gulf officials, and in the West he is seen by many as a reformist who also has remarkable ties with Supreme Leader Ayatollah Khamenei.

Sources in Tehran believe that Shamkhani’s appointment might reflect positively on Iranian-Arab relations, and that there is a consensus among all parties in Iran that the ice with the Gulf states — especially Saudi Arabia — should be broken for the sake of regional security and sectarian peace.

In 1999, Shamkhani was the first Iranian defense minister to visit Saudi Arabia since the Islamic Revolution. Back then, he met with late Prince Sultan bin Abdulaziz — the kingdom’s defense minister — and both discussed ''the outline of a regional security plan,” which did not happen.

Shamkhani played a role in 2002 in easing tensions between his country and the United Arab Emirates (UAE) over three disputed islands in the Gulf. His stance over the islands and Iran’s readiness for dialogue to solve any row with the UAE were received positively in Abu Dhabi.

The new Supreme National Security Council secretary is not as soft on Israel and the United States. During his years as minister, Shamkhani took every opportunity to send threats to Washington and Tel Aviv when possible strikes on Iran were discussed.

As he steps into his new role, Shamkhani will work on drawing the country’s national security priorities with the help of the IRGC and the president, under the supervision of Khamenei. The main two points he will be working on are nuclear negotiations and the Syrian crisis. As for the first, the new administration gave the Foreign Ministry the green light to start meetings and negotiations, taking it out of the Supreme National Security Council's hands — though a decision was announced two days ago that stated the council would draw green, yellow and red lines.