Iranian Foreign Minister Javad Zarif has weighed in on Judaism and Zionism, saying Iran makes a clear distinction between the two. 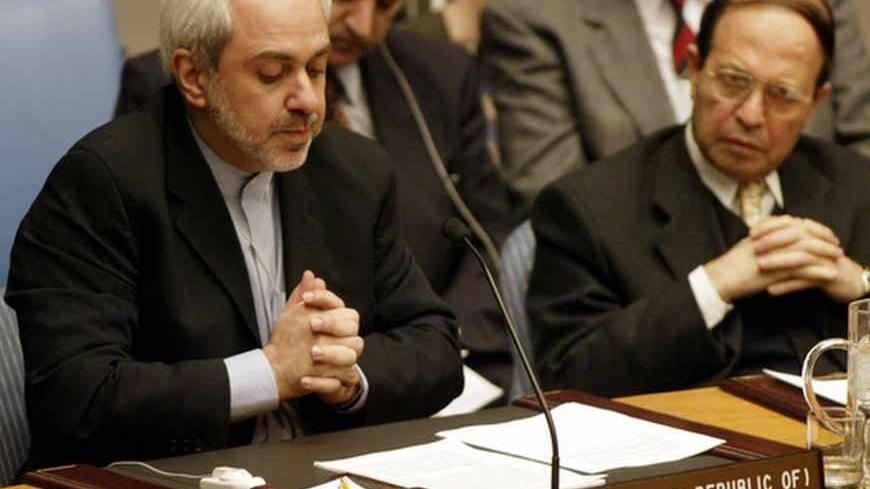 TEHRAN, Iran — “Jews aren’t our enemies,” said Iran’s Foreign Minister Mohammad Javad Zarif when asked by Iran’s Tasnim news agency about his statements on the Holocaust on a social-media website in a conversation that originated with his tweet of "Happy Rosh Hashanah" on Sept. 5.

The foreign minister, whose name means in Persian “elegant” or "delicate," tried to be very delicate in his choice of words. He was clear in condemning the “killing of Jews by Nazis, as we condemn the killing of Palestinians by the Zionists.”

Zarif explained his country’s differentiation between Zionism and Judaism with, “Judaism is a divine religion that we respect in accordance with the teachings of our religion and our country's constitution.” He added, "In the Islamic Republic of Iran Jewish compatriots are a recognized minority and in the parliament they have an active parliamentary member."

Holocaust denial was for years one of the controversies that surrounded Ahmadinejad, who repeatedly claimed that the Holocaust never happened. The former president even said that one of his main achievements was Holocaust denial.

“That was a taboo topic that no one in the West allowed to be heard,” Ahmadinejad said in a farewell speech on July 7, adding, “We put it forward at the global level. That broke the spine of the Western capitalist regime.”

But what does Zarif’s statement mean for politics?

“For sure, that doesn’t mean Iran is going to get closer to Israel, or observe it as a legitimate entity in the region,” a source in Tehran told Al-Monitor. “Liberating Palestine is one of the main pillars of Iran’s Islamic revolution, and it has been supporting Palestinian and Lebanese groups fighting Israel for this cause.”

That’s why Zarif was keen to highlight the differences between Judaism and Zionism, telling everyone that even if Iran's position toward the Holocaust has changed, this doesn’t mean Israel is not an enemy.

Iran is working hard to defuse all possible political landmines inherited from Ahmadinejad’s era. President Rouhani and his team, including Zarif, are making efforts to keep the standoff with the West and any other possible foes in the region within the political frame.

“Any disagreement in politics can be solved by a certain consensus,” said the source, who added, “Taking the confrontation to ideology and beliefs will make any possible solution difficult.”

“The official Iranian rhetoric shifted toward moderation since the arrival of President Rouhani,” explained our source. “Iran wants good relations with everyone. We want everyone to respect our red lines, and we’re also going to respect others' red lines. Despite the fact that the whole region is on fire, we look forward to being the firefighters here.”