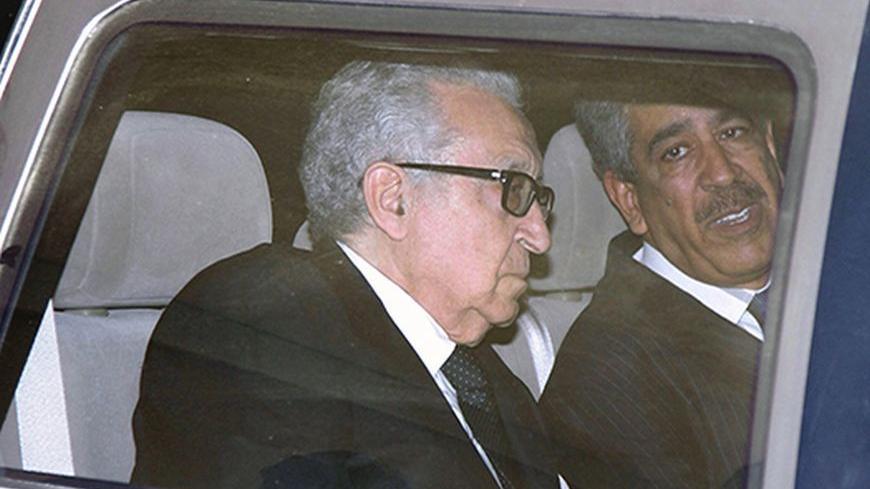 United Nations Peace Envoy for Syria Lakhdar Brahimi (L) sits in a car as he leaves a hotel in Damascus, Oct. 28, 2013. - REUTERS/Khaled al-Hariri

TEHRAN, Iran — For months now, the Geneva II conference on Syria is the "talk of the town" in every city where Syria is seen as a priority, including Tehran. Iran is one of the main regional players in Syria, which during 2½ years of crisis has played a vital role in keeping the regime in Damascus alive, not only from the position of an ally and friend but because of serious concerns that a fall of the Assad regime will seriously affect Iranian national security.

There is no solution on the horizon. With bullets and blood drawing the portrait of a new Syria, the rebels believe that pressure will uproot the regime. While the regime and its few allies — mainly Russia and Iran — push for a political solution, UN Special Envoy to Syria Lakhdar Brahimi visited Tehran on Oct. 26 to discuss with Iranian officials the Syrian crisis in general and the conference in particular. Brahimi met with Iranian President Hassan Rouhani, National Security Council (NSC) Secretary Ali Shamkhani and Foreign Minister Mohammad Javad Zarif.

So what happened behind closed doors in Tehran?

According to Iranian sources, Brahimi — on behalf of the United States and other countries — proposed that Assad only be a figurehead in a transitional government, with full power going to opposition parties. Iran rejected this formula, arguing that Assad should be part of the solution and that elections should determine the composition of the next Syrian government with no conditions on whether Assad participates or not.

Brahimi made it clear to the Iranian officials that currently there is no precise timetable for Geneva II, due to several unresolved problems in addition to the lack of confidence from the opposition that the meeting would result in any real solution. Hence, he stressed that this might be the only chance to end the bloody conflict, calling on Iran to exert pressure on the Syrian regime to show a genuine willingness to change its attitude.

A source in Tehran told Al-Monitor that Brahimi's meeting with Shamkhani was important and explained that Brahimi "heard from the man who is the supreme leader's representative at the NSC and one of his close aides what top Iranian officials think of the situation."

According to the source, "Tehran told Brahimi that no solution can be reached with the presence of 'extremist groups,' questioning whether he is convinced that the Syrian National Coalition has the power to decide what happens on the ground, given the status of the shattered opposition and the power of extremist groups — mainly the ones affiliated with al-Qaeda."

Iranian officials stressed to Brahimi the importance of a unified regional effort to end the Syrian conflict, emphasizing that there will be no chance for peace without a decision by Syria's neighbors to stop armed men from crossing the borders into Syria.

Brahimi left Tehran for Beirut on Oct. 27 and was expected in Damascus on Oct. 28. However, it is unlikely that his visit to Tehran will change anything in the status quo or help in setting a clear time-line for Geneva II.

Once again, the long-awaited conference seems to be stuck between two parallel lines, with both the regime and its allies and the opposition and its allies failing to meet at the same point. It is as if waiting for Geneva II is becoming another version of Samuel Beckett's “Waiting for Godot.” With nothing happening and things getting bloodier in Syria, the situation is accurately described by Beckett’s quote, "Nothing happens. Nobody comes, nobody goes. It's awful."