Iran Pleased With US Pause On Syria Strike

Iranian Foreign Minister Mohammad Javad Zarif had been stressing the need for cooperation and consultation on Syria. 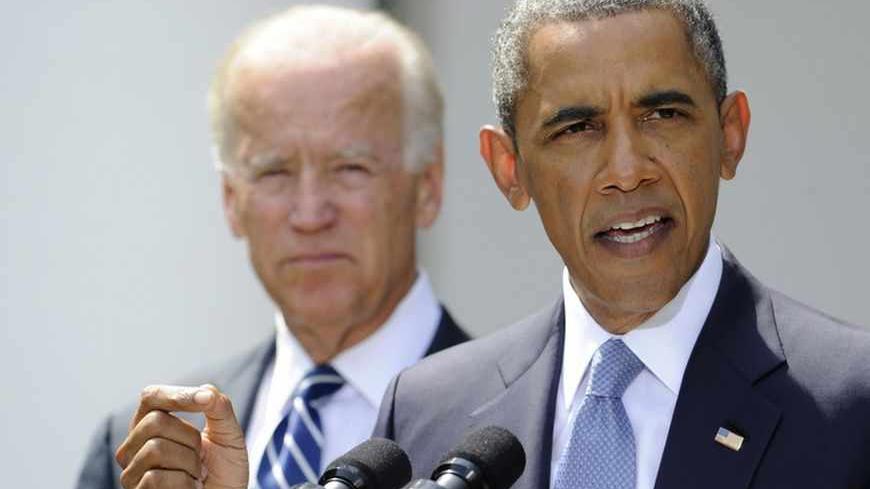 TEHRAN, Iran — The night of Aug. 31, when US President Barack Obama announced that he would consult Congress before any strike on Syria, was a night of jubilation in Tehran. “Nobody wants to go to war,” an Iranian official, who requested not to be identified, told me. He added, “This was one of the first achievements for President Hassan Rouhani’s administration, and it should be a lesson to the Americans that the conflict in Syria needs love, not war.” According to the official, Iran was ready for options, including the military one. He said, “We were ready for all options: A strike on Syria means a strike on Iran, and the allies of Syria had their plans ready for execution. Other options included closing the Strait of Hormuz. Will they bear closing the straight for 24 hours?”

For several days, Iran was busy with the developments in Syria, and officials had one subject to comment and react on. Zarif contacted more than 15 of his counterparts — many of them Europeans — and conveyed a clear message of the serious need to cooperate and coordinate on issues such as Syria, while other officials — mainly military officers — were threatening that the war might burn the whole region and a Syrian response would hit Israel. Similar comments were made by Speaker of Parliament Ali Larijani, who made it clear that the United States can start a war but will not be able to put an end to it.

The Iranian official told Al-Monitor that this encounter proved once again that Iran is essential for any solution in the region. He said, “This might be a good sign that the Americans need to understand who the real players in the region are. They might have weapons and allies, but this all means nothing if they want to continue dealing with the region as a protectorate.” He added, “After this, I believe the best thing Barack Obama should do is not go to Congress to strike Syria, but rather open a true dialogue and help stop the bloodshed in Syria. We can help with this if the move was truthful.”

On Aug. 28, Al-Monitor’s Seyed Hossein Mousavian suggested that Iran and the United States might be able to manage the Syrian crisis, giving eight reasons. Now that the US strike on Syria has been postponed until Congress votes, it is expected that mediators would start new efforts to ease tensions. A source in Tehran highlighted the role Oman’s sultan is playing. “The sultan wants a solution. It is not only a matter of interests, the man is passionate about it. He played a big role before and now he is starting to exert some efforts,” the source explained to Al-Monitor. He said that Iran prefers to solve the problems one by one, because bringing all the files together will lead nowhere. He said, “We can make a breakthrough in Syria. Why should we link Syria to the nuclear file, to Israel's position? Whenever it starts this way, something can be achieved." Our source continued, “We don’t want war in the region, we want good relations with those on the other side of the Persian Gulf, and we want good relations with Europe and the West. Hence, we can’t sacrifice our rights. Iran is a nation of almost 90 million people, we are thousands of years old. Don’t expect us to bow even if that was the last thing we do.”

On Sept. 9, Congress is to decide on the strike on Syria. Should there be good news on the Iranian-US mediation link, then the strike is likely to be ruled out, which will mean that Geneva II will embrace hopes for the Syrian people. There might be consensus on a new interim government and a road map for the future. On the contrary, if the United States and the Iranians fail to get closer, then there is no need to make any predictions — the region might then be heading toward the unpredictable.