Is Qatar Iran's door to the Gulf?

The recent Iranian-Qatari rapprochement has created further controversy in the Middle East but some countries see it as a positive step in alleviating the ongoing conflict. 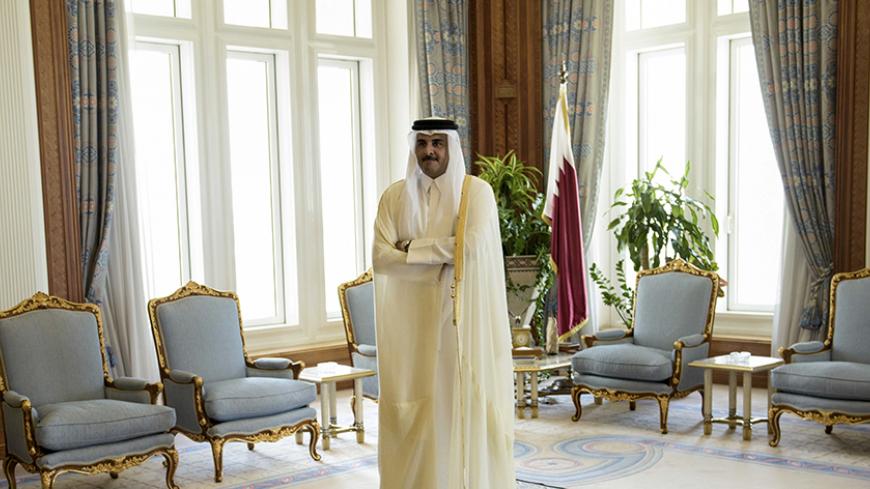 The map of alliances in the Middle East is changing rapidly, influenced by regional and international conflicts. Following the Iran nuclear deal signed in July and the improvement of Iran’s ties with the West in general, multiple parties in the region have started to reconsider their relationships.

The countries that have complained about the expansion of Iranian influence in the region and tried to hinder it have found this role strengthened. However, following the nuclear deal, some Gulf countries, particularly Qatar, have sought to decrease the tension and started to warm to Iran.

Iran’s recent stances have allowed the country to adapt to the opposition facing Tehran’s influence in the region following the nuclear deal, Reformists called on Iran to open up to the Gulf countries. Speaking to Shafaqna on Oct. 18, Ayatollah Ali Akbar Hashemi Rafsanjani, the chairman of the Expediency Council, said that the improvement of Iranian ties with Saudi Arabia is necessary and will be possible based on mutual interests and respect, the same reasoning followed in the nuclear talks with the West.

Furthermore, on Oct. 14, Iranian Foreign Minister Mohammad Javad Zarif said that it is in neither Iran nor Saudi Arabia's interest to harm one another, adding, “Iran and the Arab countries are in the same boat, which if it sinks, everyone on board will drown.”

Qatar’s stances seemed to align with this new approach by Tehran. It seems that Qatar was prepared for and welcomed the Iranian rapprochement with the West, as it waited to see the outcome of the Iranian nuclear discussions, and adapted its own alliances based on developments in this regard.

Qatar was one of the first countries to welcome the Iran nuclear deal. Qatari Foreign Minister Khalid Attiyah said Aug. 4 that the deal makes the region safer. The emir of Qatar had focused his discourse at the UN General Assembly on Sept. 28 on the need for cooperation and rapprochement with Iran. He said, “The relations between Doha and Tehran are evolving and growing steadily, based on common interests and good neighborliness.”

He added that Qatar “looks forward with hope that this nuclear deal contributes to maintaining security and stability in our region,” and concluded that his country “is ready to host a dialogue between Iran and the Gulf countries in its territory.”

Also, Qatar fears an expansion of the Saudi role in the region following the Saudi-Iranian conflict, which is playing out in the fighting in Yemen. The Saudi-Qatari conflict also escalated when Saudi Arabia and other Gulf States withdrew their ambassadors from Qatar on March 5, negatively impacting Qatar’s regional influence.

Qatar took another step toward Iran by developing its security and military agreements with it in a qualitative change. The Islamic Republic News Agency announced that Iran and Qatar signed a security agreement Oct. 18 to fight crime in the two countries’ boundary waters.

Apart from these political developments, Qatar has shared important economic interests with Iran, particularly in the gas fields between the two countries. Qatar is aware that the lifting of sanctions on Iran would end its privileged position for Iran, as it is the only one of the two that can host foreign companies investing in gas. If sanctions are lifted then Iran could do this as well.

In this context, investment projects will be launched in the joint Qatari-Iranian gas fields following the lifting of UN sanctions in the deal's full implementation deal, which could take up to six months. These projects will require cooperation and understanding between the two countries.

Qatar does not want to be part of the Saudi camp in the sectarian conflict in the region. It already has border disputes with Saudi Arabia and does not want to be under its influence, considering itself a leader in the Arab World. This is another reason for Qatar to diversify its alliances in general and move closer to Iran after the healing of the rift between Iran and the West.

The responses to the recent Qatari-Iranian security agreement were totally different in the Gulf countries and Iraq. Some parties with good relations with Iran, such as the Badr Organization, have welcomed the Qatari-Iranian rapprochement, while others consider it a form of treason. On Oct. 22, the pro-Iranian Badr parliamentary bloc in Iraq welcomed the security agreement and called on the Gulf countries to reconcile their views with Iran's.

Nevertheless, Gulf news sites opposing the Qatari-Iranian rapprochement have exaggerated the security agreement between the two countries to exploit it in the Saudi-Iranian conflict. Saudi Arabia's Sada newspaper reported Oct. 20 that Qatar and Iran have signed an agreement involving the entry of the Iranian navy into Qatari waters as well as Iranian help to train Qatari naval forces on Iran's Qeshm Island. It described the agreement as a threat to the security of Qatar's Gulf neighbors. Based on unverified reports, other Gulf websites claimed that Qatar is on its way to turning from being a “US favorite” into an “Iranian protectorate.”

Away from the exaggerations, experience shows that alliances in the Middle East change with the political equations between the conflicting powers in the region, and these changes sometimes result in harsh surprises to embattled countries such as Iraq and Syria, which are in no position to make such initiatives.