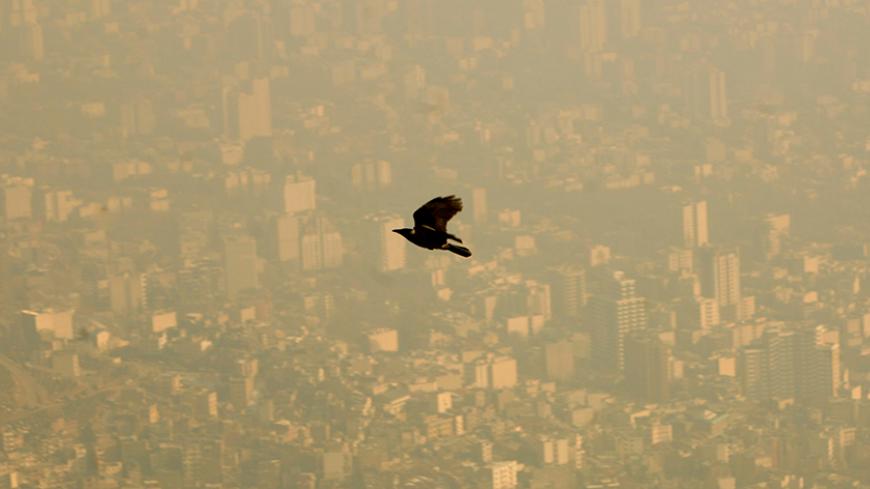 In the letter, Khamenei stressed the need to “manage climate change and environment threats such as desertification, especially dust pollution [and] drought.” A number of Iranian cities have been hit with crippling dust pollution this year. In February, public buildings in 11 cities in Khuzestan province were shut down because of dust pollution, with dust content reaching 66 times permissible levels. Most surprising of all, unprecedented dust storms hit Tehran, leading to a number of deaths.

Khamenei called for continuous monitoring and control of sources and agents of various environmental pollutants, including “adverse changes in the climate.”

One of the longer sections in the letter was on the “expansion of a green economy,” which stressed the need for developing low-carbon industry, using clean energy, promoting healthful and organic agricultural products and providing better waste management. According to the World Health Organization, a number of Iranian cities are among the most polluted in the world. To counter this, Khamenei recommended the development of public transportation systems using electricity and other energy sources that do not rely on fossil fuels, “especially in larger cities.” He called for supporting “eco-friendly investments” by granting tax breaks and eliminating some fees.

Khamenei also called for strengthening “environmental diplomacy.” The letter recommended “efforts to create and strengthen regional institutions to confront pollution” as well as “bilateral, multilateral, regional and international partnerships and targeted cooperation in the environmental field.”

The letter also emphasized the need to criminalize destruction of the environment and for penalties to deter polluters by requiring them to pay for damages. One of the main factors in the destruction of the environment has been deforestation in Iran. Khamenei had addressed the issue of land-grabbing — using access to government officials to purchase public land — in a March 8 speech warning that it has become so pervasive it has turned into “mountain-grabbing.”

The letter also called for protecting Iran’s groundwater and broader education in water use. A number of points also addressed the need for investing in scientific environmental research and for public and cultural awareness campaigns about protecting the environment.

​As with all general policies from Khamenei, the letter was issued after consultation with the Expediency Council, which is headed by Ayatollah Ali Akbar Hashemi Rafsanjani.

The directives were issued just before the Paris Climate Change Conference, which starts Nov. 30. Iranian Vice President for the Environment Masoumeh Ebtekar attended a Sept. 7 ministerial meeting in Paris for the climate conference. At a Sept. 9 Global Cleantech Summit in Finland, Ebtekar said Iran is prepared for international investment in climate change and the environment.