Iran's Supreme Leader Ayatollah Ali Khamenei has warned that illegally privatizing public forests and mountains is harming the country's environment and the world at large. 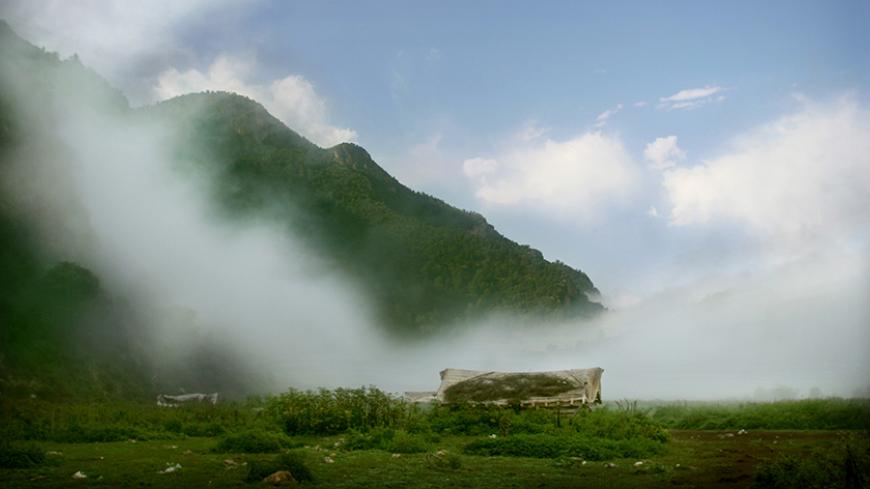 The speech March 8 by Iran’s Supreme Leader Ayatollah Ali Khamenei to environmental officials received considerable attention in the Western media due to speculation and rumors about his health. “Iran leader appears in public amid rumors about his health,” read the headline of The Associated Press, in reference to the reports that Ayatollah Khamenei was in critical condition. Lost in the coverage were Khamenei's warnings about an issue that has decimated much of Iran’s natural environment: “land-grabbing,” the process by which individuals use their access to government officials to privatize public land.

Khamenei said, “It’s painful that through cleverness or manipulating the law, and lately by buying off a few weak-minded officials in a certain institution, [it's possible] to turn public wealth into personal wealth.” He added that the “issue of land-grabbing has slowly turned into mountain-grabbing. … When I see what is happening north of Tehran, one becomes very disappointed. I’ve talked about this issue many times to city and administration officials, and they’ve made efforts, but they need to act decisively.”

Khamenei said that parts of Iran’s forests in the northern parts of the country have been “plundered” while officials paid no attention. He warned all the officials involved to not permit this kind of thing to happen, saying that whatever the excuse, whether it is to “expand cities, tourism, build hotels or seminaries,” it should be prevented.

The supreme leader's comments about the destruction of Iran’s environment and his general warnings about pollution are rare in Iran, though deforestation is a serious issue there. Today, Khodakaram Jalali, the head of Iran’s Forest, Range Lands and Watershed Management, reported that in the last 10 years, Iran has lost about 14,000 hectares (around 35,000 acres) of its forests. The reasons for the loss, according to Jalali, were “construction projects, mining, fires, diseases, specific confiscations, expansion of cities and villages and excessive use.” Jalali added that this issue is an international problem as well.

Khamenei’s comments seemed to be an attempt to empower officials to confront the issue. Mohammad Ali Pourmokhtar, the head of Parliament’s investigative Article 90 Committee, said today that his group has concluded its investigation and is prepared to present its report on land-grabbing in an open session of parliament after the Nowruz holidays. He said that the report will have four parts, covering how the land-grabbing was conducted, how the various government institutions operated while this was taking place, the reasons for land-grabbing and strategies to confront it.

Pourmokhtar said, “The land-grabbers have been identified by the concerned officials in the provinces, and they will take action with the cooperation of the executive institutions.” He added that there are only a “few individuals” involved, which seems unlikely.

Addressing the issue of “mountain-grabbing,” Pourmokhtar said that in provinces where opportunities for land-grabbing are minimal, people have taken over the mountainsides.