The second siege of Aleppo was more than the sad tale of a once-proud Syrian city. 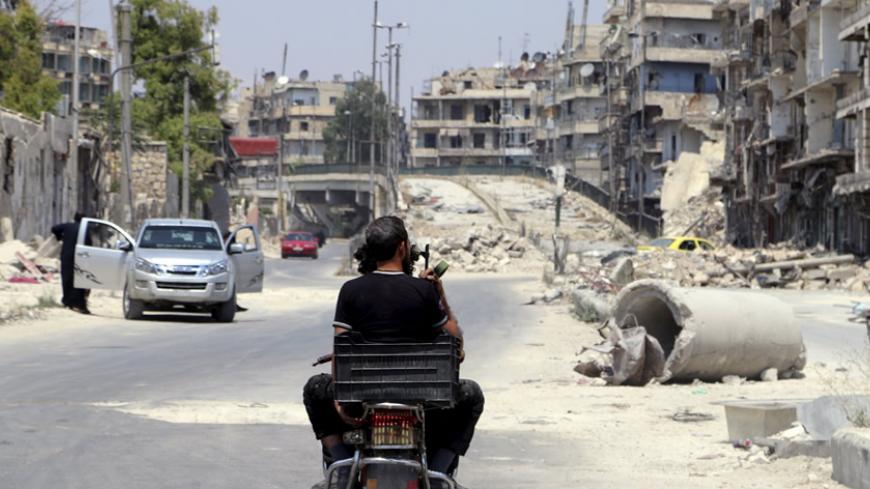 Rebel fighters ride a motorcycle near Al-Shaar bridge, which according to activists has been closed off by rebels as it is a target for snipers from the forces of Syria's President Bashar al-Assad, near Hanano barracks in Aleppo, Aug. 1, 2015. - REUTERS/Abdalrhman Ismail
Edward Dark
@@edwardedark
November 7, 2015

The second siege of Aleppo has ended, almost two weeks after it started and probably just in time to avert a major humanitarian disaster. For 12 days, the 2 million or so hapless residents of the government-controlled enclave of the city — many of whom were already internally displaced from other areas — were completely cut off. Nothing got in or out — no food, fuel, medicine or people.

Although this was not the first time Aleppo has endured such a siege, this time around it was far more dramatic. The only road linking west Aleppo to the rest of state-controlled Syria — and indeed the rest of the world — is a narrow and winding route called the Khanaser road.

In what is an ominous harbinger of what may be yet to come as a consequence of Russian military intervention, former sworn jihadi enemies cooperated in severing the route. While the Islamic State (IS) attacked with suicide car bombs and captured large stretches of the “soft target” road near Athria town, Jabhat al-Nusra and other Islamist factions launched an attack at its entrance into Aleppo city at Ramouseh. The Syrian army and its allied paramilitary forces had been on the offensive to the south of the province, making convincing gains both in IS-held and rebel-held territory backed by heavy, daily Russian airstrikes. It was this shared existential threat that convinced the jihadi groups to put aside their deadly differences, at least for now, and could signal a new and worrying trend.

As it stands now, the Russian intervention in Aleppo has been instrumental in reinvigorating government troops and enabling them to capture strategic territory on long stalemated fronts. To the southeast, the push is toward the besieged Kweires military airport in IS territory. Reaching that would be a huge morale boost for loyalist forces and their supporters, after the traumatic fall of the besieged Tabaqa airport in Raqqa to IS last year and the slaughter of most of its captured defenders. To the southwest, the push has been into rebel-controlled territory with the objective of reaching the Damascus highway. Indeed, capturing and reopening that vital artery is one of the long-term strategic objectives of the Syrian government, which has launched an offensive in Hama toward Idlib aimed at securing it farther to the south.

As the Khanaser supply road was severed, shortages began to hit and almost immediately prices soared. What were once basics became much sought-after luxuries. Petrol stations ran out of fuel and shut, and soon after Aleppo’s streets became eerily empty as cars were parked and people went about their daily business on foot, walking sometimes for miles. Students and teachers walked to their classrooms, shop owners to their stores, doctors to their clinics and clerks to their offices — all walking side by side, expressions somber and eyes fixed at the ground in anxiety. Each contemplating their own personal burdens as dark thoughts of the fear and toil of everyday life in a war zone raced through their minds, sometimes catching a fleeting glance of recognition of this shared tragedy in the eyes of another passerby. This gloomy mood was appropriately and regularly accentuated by the sound of gunfire and explosions, an ever-constant backdrop to this war-shattered city for almost 4 years now.

The private communal generators that were the only power source in the city were turned on less and less to conserve whatever fuel there was left; entire neighborhoods went dark for days at a time. With no power in the city, there was no running water either, and residents had to get their water from wells. There was real fear that the strategic fuel reserves of the city’s main hospitals would soon run out, too, forcing them to shut down or turn the many injured that arrive there daily away to an almost certain death.

As many food items became scarcer or were priced out of reach, people made do with what little there was. Items such as sugar, eggs, poultry, fruit and dairy products disappeared off the shelves. People said jokingly, “Aleppo now smells of cauliflower,” because the pungent smelling vegetable was one of the only abundant and affordable food item there was, and everyone was inventing new ways of cooking it. Far more serious was the fear that the government- and private-run bakeries that supply bread, the staple for tens of thousands of families, would soon close their doors, too, heralding a full-blown humanitarian catastrophe.

With the typical sense of dark humor that has characterized the Aleppans' response to the terrible conflict that has gripped their city, they turned to social media to vent and share their stories under siege — a tried and trusted coping mechanism. There are now quite a few “mini celebrities” from Aleppo on Facebook where the posts and comments tell tales of a city reeling and distraught, with just a few faint glimmers of hope and defiance here and there. In one of them, a guy talks about how he “smuggled” a small bag of fruit given to him by his parents across the city to his home in a mock spy-thriller themed anecdote. People posted pictures of wedding rings, where the diamond was instead replaced by a tomato, alluding to how valuable and prized this most cherished of foods now was. Another mockingly posted an orange for sale — “as good as new, hardly used, going to the highest bidder,” the pitch went.

Aside from the lightheartedness, daily conversation in the city revolved only around two things: the shortages and leaving. "Haven’t you left yet? So and so has. What are you still waiting for?" is what people asked one another. Although the lifting of the siege has brought much-needed relief to the people here, the celebrations will be short-lived. The underlying problems have not gone away, and the next deadly siege may only be a matter of time.

It seems that slowly but surely, the residents of this once proud and majestic city are abandoning it in droves, having lost all hope for a better future here. Those who had once decided to sit out the war are now having a change of heart. With no hope of any imminent political or military solution, the economy in tatters and life just a series of constant and desperate struggles from one crisis to the next, people have had enough and have reached the end of their capacity to endure. The steady trickle of people leaving the city is only increasing, as it hemorrhages its life blood and culture away, carried out by its natives with heavy hearts as they join the masses of Syrians on an exodus out of their ancient but broken land. The siege of Aleppo is more than just the sad tale of one city, it is the tragic epic of an entire nation on the brink of annihilation. 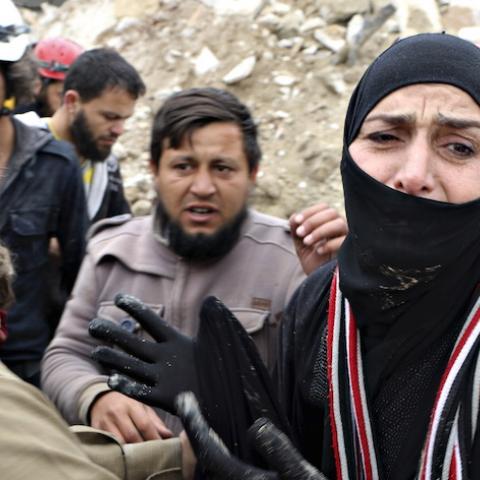 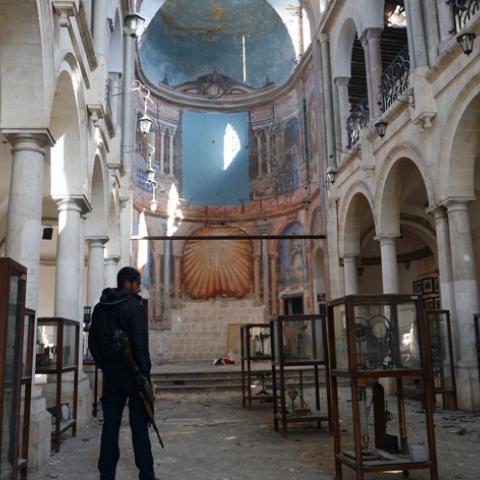