Vlad and Yuri: How Putin is applying the lessons of Afghanistan to Syria

Russian President Vladimir Putin is using his regional allies to create "Alawistan," an enclave isolated from the rest of Syria. 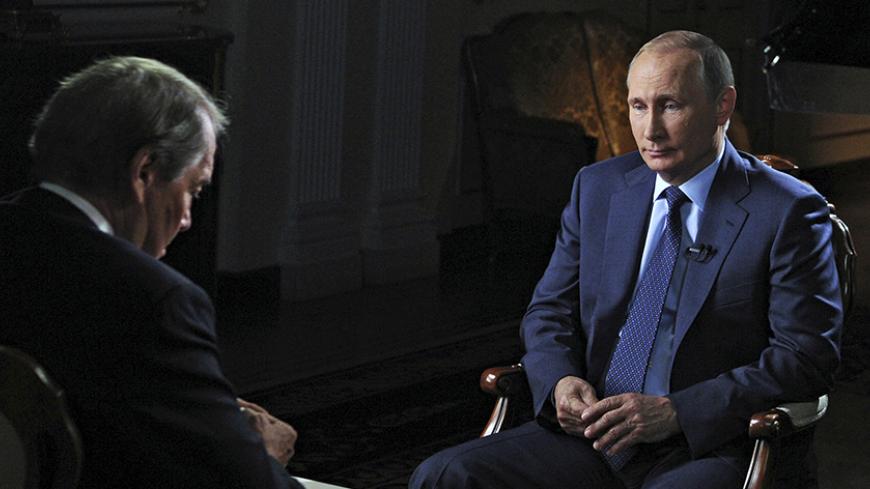 Vladimir Putin is following in the footsteps of his old KGB boss Yuri Andropov, who took the Soviet Union into Afghanistan in 1979 to shore up a failing client in Kabul. To succeed where Andropov failed, Putin will need to devote considerable resources and manpower to save Bashar al-Assad. But there are also significant differences in the challenges the two faced that favor Putin. Saudi Arabia will be his constant enemy, just as it was Andropov's.

In the fall of 1979, Andropov was the principal advocate in the Kremlin of a Soviet military intervention in Afghanistan to keep the communist Afghan government in power. The Marxist Afghan party was rapidly losing control of the country to the mujahedeen, and KGB chief Andropov warned defeat in Afghanistan would destabilize all of Soviet Central Asia. Andropov convinced an ailing Leonid Brezhnev that it would be an easy and cheap victory. In 1956, Andropov had been the Soviet ambassador in Hungary who called for Soviet intervention there, which had kept Budapest in the Warsaw Pact.

But the Islamic world is not Eastern Europe. The Soviets faced a firestorm of Islamic opposition in Afghanistan. Days after elite Soviet airborne forces secured Kabul (replacing one communist protege with another after a shootout in the presidential palace), Saudi King Fahd promised Pakistan he would fund the mujahedeen resistance to Soviet aggression. Fahd put then-Prince Salman, governor of Riyadh, in charge of raising private funds for the Afghans. Salman raised tens of millions of dollars, initially exceeding the money the CIA and Saudi intelligence provided the mujahedeen and their Pakistani allies. The entire Islamic world was mobilized by Fahd against Moscow.

The Soviets never resourced the war properly. At their peak effort, the Soviets deployed just over 100,000 troops in Afghanistan, far too few to pacify the country. Andropov escalated the war considerably when he became party boss, but the number of boots on the ground was never enough. Russia had put double the number of troops into Hungary, a flat plain easy to conquer, and had a huge army in 1979, but the Kremlin never brought enough resources to the fight in the Hindu Kush.

Millions of Afghans fled to Pakistan and Iran, at least a million were killed inside Afghanistan, but the mujahedeen were not beaten. After Andropov died, Mikhail Gorbachev retreated back to the USSR. The 40th Red Army left in disgrace. The Berlin Wall collapsed months later, the Warsaw Pact disintegrated and the Soviet Union collapsed (Putin says it was the worst geopolitical disaster of the 20th century).

Assad's regime has also alienated its own population, driven millions into exile and murdered thousands more, just like the Afghan communists. It cannot regain control of the country's Sunni and Kurdish communities. But the Assads have been Russian clients since 1970 and their defeat is apparently unacceptable to Putin.

There are important differences between Syria and Afghanistan. First, Putin is trying to save an Alawi Muslim ministate on the Mediterranean Sea, not the whole country. Latakia and Tartus are Putin's priorities. The Alawistan he envisions will be an enclave with links to Damascus and Aleppo but isolated from the rest of Syria. But even this rump will need lots of boots on the ground to survive. Air power alone will be insufficient, and the Syrian army is already too weak on its own.

Putin does have regional allies, which Andropov lacked. Iran, Hezbollah and Iraqi Shiite militias have been fighting with Assad for years. In the 1980s, Iran backed the mujahedeen, although it was mostly preoccupied with the war with Iraq. Iranian and Iraqi Shiite troops have increased their numbers in Syria recently. Russia has placed itself firmly on the Persian and Shiite side of the Saudi-Iranian regional confrontation.

Finally, Putin has no Pakistan to battle with. Pakistani President Mohammed Zia ul-Haq was Moscow's greatest nemesis in Afghanistan, providing safe haven, arms, training and leadership to the mujahedeen. Zia won the war against the USSR, taking all the risks. Neither Jordan nor Turkey is so inclined to take on the Syrian file as enthusiastically as Pakistan took up the Afghan file.

But Riyadh appears more than willing to do its piece in Syria. Crown Prince Mohammed bin Nayef has the Syria file for the kingdom, and his mission will be to bog Putin down in a quagmire that sends home body bags. King Salman is prepared to spend billions to get rid of Assad, and Mohammed bin Nayef has lots of experience in covert warfare. The Saudis are not prepared to accept any compromise on Assad, he must go.

President Jimmy Carter responded decisively but covertly to Andropov's aggression. He fashioned a global coalition to back Zia and Fahd. Less than two weeks after the Russians seized Kabul, the first CIA shipment of arms arrived in Karachi. Carter got little credit for fashioning Russia's Vietnam, but it was his strategy that prevailed.

President Barack Obama faces a much more complicated challenge in Syria. His priority is fighting the Islamic State and al-Qaeda. His efforts to build a Syrian mujahedeen, always half-hearted, are failures, and he has no Zia. He will have to rely on Mohammed bin Nayef.