The rise of Persian-Arab racial tensions

The recent spate of deadly incidents involving Iranians during the hajj leads to ballooning Persian-Arab racism on the Web. 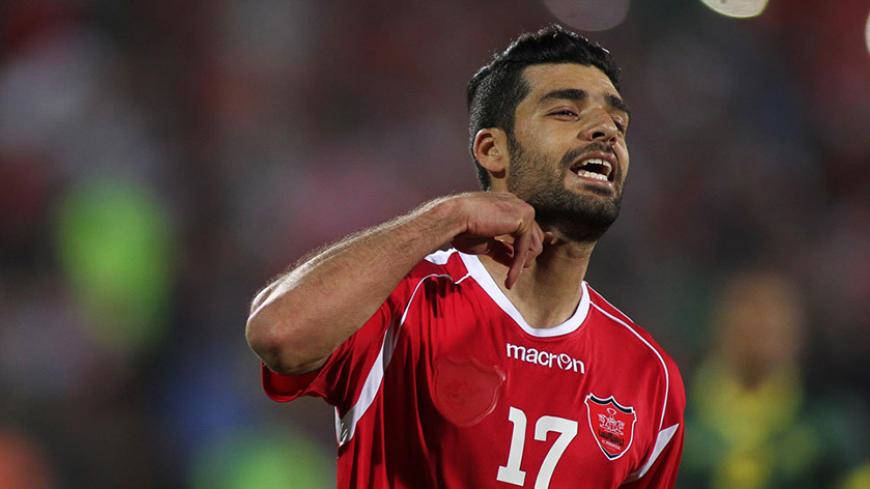 TEHRAN, Iran — “What approach should the government take in dealing with Saudi Arabia?” respondents were asked in an opinion poll carried out by one of Iran’s most popular news sites. The survey followed the recent stampede in Saudi Arabia in which hundreds of Iranian hajj pilgrims were killed. The responses to the poll are thought provoking: “No Iranian should go to Mecca for the next 1,000 years,” “Ending political relations is the only solution,” “If we boycott the hajj for once, the Arabs will understand how to treat Persians.” These are but some of the softer criticisms. An anti-Arab backlash has only intensified following the disastrous death toll in this year’s hajj pilgrimage.

At the same time, tensions between Iran and Saudi Arabia are nothing new. Both nations have for a long time harbored unfriendly views of each other. Only last year, following the drastic fall in global oil prices, Iranian authorities blamed Saudi Arabia. These kinds of tensions oftentimes trickle down. For instance, in this year’s Asian Football Confederation Champions League, controversy erupted over a soccer game between Iran’s Persepolis and Saudi Arabia’s Al-Nassr. Iranian forward Mehdi Taremi scored the only goal of the game, and after doing so, made a gesture with his hand indicating that he had cut off the rival team’s head. This ignited a great deal of controversy between both Iranian and Saudi media outlets. The incident was soon followed by ordinary Arabs making comments against Iranian players on social media and attacking Taremi’s Instagram page.

The sexual assault of two Iranian youths upon returning from the umrah — the off-season hajj — at Jeddah airport this past spring is another example of a lightning rod for anti-Arab sentiment among Iranians. That incident resulted in a huge wave of criticism and negative views toward Riyadh, which was reflected on social media. Following that incident, Iran officially announced that it would suspend hajj pilgrimages until further notice, a move that was met with a generally positive response by Iranians in cyberspace.

Now, several months later and with the peculiar and sad incidents surrounding this year’s hajj, such as the crane collapse at Mecca’s Grand Mosque and hundreds of Iranian pilgrims being crushed to death in a stampede while performing the "stoning the devil" ritual at Mina, the Iranian public is outraged more than ever. The comments that can be read under one article on the latter contain more harsh criticism of Saudi Arabia than usual. Iranian reader “Farid” wrote, “May God damn the Al Saud. … The management of the hajj should be transferred to a consortium of all Islamic countries. In one word, these hooligans are not worthy of hosting God’s pilgrims.” Another Iranian comment reads: “Ten million people gather in Karbala during the Ashura ceremonies every year, and there’s not even a bloody nose. But the Al Saud can’t manage a lower population of pilgrims.”

This sentiment worsened following the surfacing of contradictory reports on the number of casualties in Mina. While the Saudi Health Ministry reported that more than 800 people were killed, Iranian hajj organizations claimed much higher estimates. Iran’s Hajj and Pilgrimage Organization put the final number of Iranian casualties alone at 464. The numbers announced by international news agencies also differed from those released by Saudi Arabia. Additionally, reports by official and nonofficial Saudi sources offered different accounts.

The accumulation of these events has led to all sorts of extreme and radical comments being posted under virtually every article related to the tragic stampede published by Iranian news sites. Although political experts have distanced themselves from the latter, the majority of Iranian Middle East analysts are now expressing concern about the continuation of this trend.

Anti-Saudi sentiment has only intensified and is now been extended from the general public to even the Iranian cultural elite. For instance, Amir Jafari, a well-known Iranian actor, uploaded a graphic image on his Instagram page and warned the Saudi royal family: “Alas, if the lions of my grove begin to roar.” Separately, in a live broadcast, famous Iranian comedian Akbar Abdi made some harsh and far from polite comments about Arabs, which was met with a serious response from social critics.

With these kinds of fearless attacks by prominent public figures, it is not surprising to see harsh comments from ordinary Iranians as well. Of course, this is not the full picture. There are nuances.

A recent opinion poll carried out by leading news site Khabar Online reveals more soft views on the issue of anti-Arab sentiment. One Iranian going by the name “Pooya” wrote in the survey’s comment section, “Contrary to the beliefs of many who think that if Iran suspends hajj pilgrimages it will be to the disadvantage of Saudi Arabia, I must say that according to official statistics our country makes up only 5% of the total number of pilgrims who go to hajj every year. Therefore, if Iranians don’t go, this 5% will easily be distributed among other countries and nothing will happen. Then, Iran will have to go and beg to get its share back.” Another user going by the name “Arya” wrote, “It’s useless if no Iranian goes to Mecca. We should talk with other Islamic countries, and those countries that have the most number of pilgrims should come to an arrangement with Iran and boycott the hajj for several years.”

In some instances, these comments lead to debate and discussion. “Matin” commented under one article, “A complaint should be filed with the International Court of Justice at The Hague, and Saudi officials should be held to account.” In response, “Danial” argued, “That’s wishful thinking. International organizations can’t do anything, and their ineffectiveness has been proven to the world.” In another discussion, a user who goes by the name “Iranian boy” quoted the famous Iranian poet Hafez. He wrote, “In these two expressions lies peace in this world and the next, with friends, magnanimity; with enemies, tolerance.” User “Ali” responded, “Dear friend, leave these stories for daycare. Cowardice must be answered with an iron hammer.”

The above are the reactions of Iranians in semi-moderated online settings. The reality of the situation, and the true degree of radicalism on social media, is far more extreme. Many caricatures with racist meanings have been circulating on social networks, such as images of notices glued to store entrances reading “Dogs allowed, but not Arabs.” This sentiment unfortunately goes both ways. Arabs on the Web have similarly engaged in attacks against Iran, the latest of which relates to the sudden death of Iran’s 30-year-old soccer team captain the other week. Following that incident, Saudi tweeps created the hashtag #Hadi-Norouzi-Hell, and while expressing joy at his demise, cursed his soul. With radical racism growing by the day, it appears that the voices of moderates will continue to grow weaker.