Syrian Kurdish leader: Moscow wants to work with us

A senior leader in the PYD is in Washington seeking more military support and expressing ambivalence about Russia’s latest intervention. 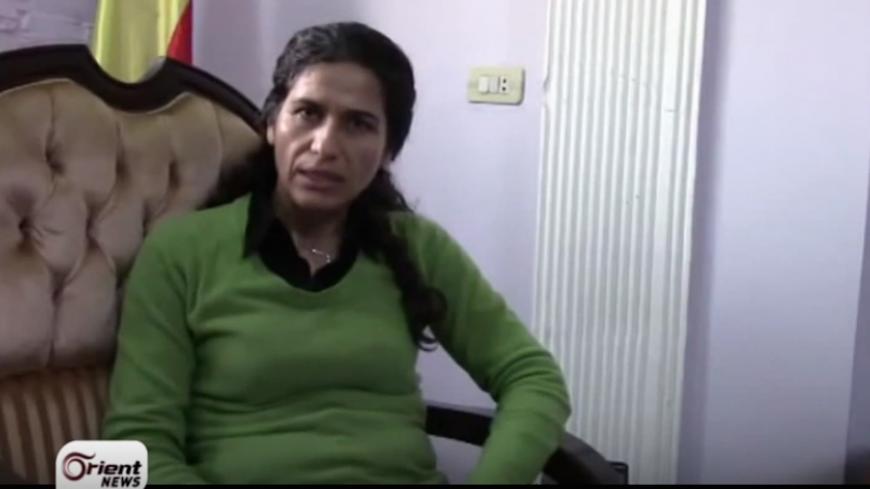 A Syrian Kurdish leader in Washington this week seeking greater US military support says that Russia has also offered to collaborate with Syrian Kurds in its current offensive against Muslim terrorist groups.

Ilham Ehmed, a senior member of the Democratic Union Party (PYD), told Al-Monitor in a brief interview Oct. 8 that “Russia says it wants to work with us” to combat the group that calls itself the Islamic State (IS) and other extremist organizations.

The Barack Obama administration has accused Russia of focusing on more moderate Sunni Arab opponents of the regime of Syrian President Bashar al-Assad, rather than IS. According to the Kurds, the United States has also frustrated their desire to expand their area of control in Syria, known as Rojava.

Russia’s stunning intervention in Syria appears to have given the PYD a new card to play with the Obama administration.

Asked for the Kurds’ view of Russia’s bombing campaign, Ehmed said it was “a good step for the fight against terrorism but on the other hand, it is empowering the Assad regime, which is a bad point."

Ehmed also asserted, however, that there are no members of the US-backed Free Syria Army (FSA) in the area around Aleppo and Idlib that is being pummeled in the current Russian offensive.

The Pentagon and White House have a different view and say that Russia is hitting fighters there who have received US funding and training.

Fabrice Balanche, a French expert on Syria and visiting fellow at the Washington Institute for Near East Policy, told Al-Monitor that the PYD, which has expanded its territory in northern Syria on the border with Turkey since a battle for Kobani earlier this year, wants to unify two pockets of Kurdish control. He said the Kurds want to take Azaz, al-Bab, Manbaj and Jarabulus, which are all west of the Euphrates River. Balanche said Azaz is now occupied by Jabhat al-Nusra and a brigade of the FSA.

While the United States supported the PYD in expelling IS from Kobani and in capturing Tell Abyad east of Kobani, Washington has promised Turkey not to allow the Kurds to move west toward Afrin in return for allowing the United States to fly bombing runs from Incirlik Air Base, Balanche said. He added that the PYD would face other obstacles in such an operation. “There are 500,000 people between Azaz, al-Bab, Manbaj and Jarabulus, including a Turkmen minority,” he said. “It would be very difficult for the Kurds to capture this area without heavy US support.”

Balanche wrote recently that if the United States does not back the Kurdish advance, the PYD will look to Russia and Assad “if that is its only path to a continuous territory in the north.”

Balanche cited a recent interview by Al-Monitor’s Amberin Zaman with PYD leader Salih Muslim and suggested “that the group may be seeking a strategic alliance with Assad and Russia in order to achieve that goal.”

The PYD does not want to lose US support, however, and the Obama administration needs the Kurds for a planned major offensive against the IS stronghold of Raqqa.

“There are two different games here,” Henri Barkey, director of the Middle East program at the Woodrow Wilson International Center for Scholars, told Al-Monitor. “We won’t let the Kurds cross the Euphrates because that would create major problems with Turkey, but I think we are getting together on a major operation against Raqqa.”

Asked about PYD goals for the Kurdish areas in Syria, Ehmed said that the Kurds are seeking “self-administration, not autonomy,” along the lines of the Kurdistan Regional Government in Iraq. “We want to stay in Syria with our culture and our language,” she said. She compared the system desired by Syrian Kurds to cantons in Switzerland.

Ehmed also complained about the role being played in Syria by Turkey, calling it “very bad.” Turkey “opened the border for terrorism,” she said. “Terrorism didn’t come from the sky.”

For its part, Turkey alleges that the PYD is an offshoot of the PKK, a Turkish Kurdish group that Turkey has negotiated with in the past but resumed conflict with in recent months.

The dispute between Turkey and the Kurds has undermined the US goal of closing a 68-mile section of the Turkey-Syria border that has been controlled by IS and used for the transit of foreign fighters into Syria.

Barkey told Al-Monitor that “the Turks should be able to close that border.” He added that that the PYD would have to be part of a “larger group” to have a chance of expelling IS from Raqqa.