Is Syria bringing Iran, Egypt together?

Egypt's seemingly shared interests with the Syrian government may provide grounds for improved relations with Iran. 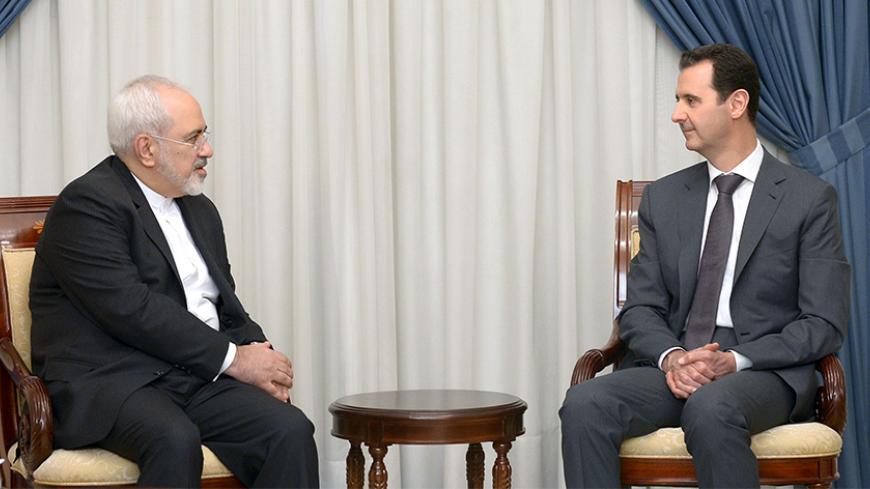 TEHRAN, Iran — Once close and friendly, relations between Iran and Egypt went sour after the 1979 Islamic Revolution. At a time when no country was willing to host the deposed Shah of Iran, Mohammad Reza Pahlavi, then-Egyptian President Anwar Sadat rolled out the red carpet. Ultimately, after months of traveling through Mexico, the Bahamas, the United States and Morocco, the shah finally returned to Egypt, where he died. This occurred against the backdrop of Ayatollah Ruhollah Khomeini’s stated opposition against Israel, and particularly against Egypt and Israel’s signing of the September 1978 Camp David Accords.

Needless to say, the Islamic Republic and Egypt got off on the wrong foot from the get-go. Considering that the two countries have not historically maintained considerable economic ties — even under the shah — it is not surprising that bilateral relations turned dark in the face of new tension. The Iran-Egypt relationship further deteriorated after the revolutionary government named a street in Tehran after Khalid Islambouli, the man who assassinated Sadat. Meanwhile, both sides started to produce propaganda films about each other. This status quo was maintained throughout the presidency of Hosni Mubarak.

With the emergence of the Arab Spring, Iran hoped that Egyptian Islamists would seize power and a new chapter in bilateral relations would be opened. This objective was never achieved. In 2012, Egyptian President Mohammed Morsi set many conditions for traveling to Tehran in August of that year, where he gave a speech at the opening ceremony of the annual summit of the Non-Aligned Movement. A high-ranking Iranian diplomat told Al-Monitor on condition of anonymity, “Mr. Morsi had said that he would only come to Tehran for a few hours, that he would not spend the night here, and that he will not meet with the supreme leader.” In his speech, Morsi — a member of the Muslim Brotherhood — angered his Iranian hosts with criticism of the Syrian government. He also sided with the United Arab Emirates against Iran over three disputed islands in the Persian Gulf. Thus, though Tehran was eager to open a new chapter in its relations with Cairo, no such thing materialized under Morsi.

With Morsi’s fall and the rise of President Abdel Fattah al-Sisi, observers predicted that Egyptian foreign policy would revert to that under Mubarak. However, there is one major new issue to consider these days, and that is the different circumstances in Syria. Upon seizing power, Sisi knew well that in order to survive he would need financial assistance; thus, he started to look for support from the Arab Persian Gulf states. Yet, Sisi opposes the new radical movements that have emerged amid the Arab Spring, and unlike Saudi Arabia he does not make any exceptions. Thus, Sisi appears to have effectively transformed into one of the supporters of Syrian President Bashar al-Assad. Considering that almost all Arab countries seek Assad’s removal, Sisi’s position could serve as a major plus for Tehran. However, not much has changed in relations between Iran and Egypt. Why? Ghasem Mohebali, the Iranian Foreign Ministry's former Middle East director general, told Al-Monitor, “When it comes to Iran, Egypt is careful about its own relations with the Arab states of the Persian Gulf. Egypt needs the financial help that it gets from those Arab states, and it does not want to risk offending Saudi Arabia either. In addition, it will receive no major political or economic benefits from improving its relations with Tehran.”

Sisi has also repeatedly noted that Egypt considers the security of Arab Persian Gulf countries as its own. Thus, he has clearly acknowledged that Egypt’s relations with Iran are influenced by the Arab Persian Gulf states. Muhammad Said al-Idris, head of Arab and regional studies at the Cairo-based Al-Ahram Center for Political and Strategic Studies, thinks otherwise. Discussing the importance of re-evaluating Iran-Egypt relations, he has written, “If Egypt wants to be active in the heart of the Middle East as a returning regional power, then collaborating with Iran needs to be on its agenda. This collaboration should not be limited only to Iran and Egypt, but it should include issues such as regional security as well.” It appears that Iran shares this interest, as noted in Foreign Minister Mohammad Javad Zarif’s recent op-ed, which was published by several Arabic newspapers.

In his article, Idris further adds, “Egypt's positive participation in solving the serious crisis of the Arab world, and especially Syria, can be the start of better relations between Iran and Egypt based on mutual understanding. The relationship between Cairo and Tehran needs to be normalized, which means that it should be free of unnecessary tension or unreasonable cooperation.”

Indeed, it appears that a common enemy in Syria has brought Assad and Sisi closer to each other. Both are righting the Muslim Brotherhood and militant Salafists, and are equally unhappy with the Arab Spring. As Syria is an important part of Iran’s regional strategy, can it be conceived as possibly acting as a point of agreement between Tehran and Cairo? Ghadir Nasri, a professor at Kharazmi University and expert at the Tehran-based Institute for Middle East Strategic Studies, told Al-Monitor, “We can view Iran-Egypt relations from two angles. On one hand, Iran should not have any long-term problems with secular Egyptians like Mr. Sisi. Egypt does not have a sizable Shiite community and is not a member of the ‘Axis of Resistance’ [Iran, Iraq, Syria and Hezbollah]. On the other hand, Sisi needs money. When a politician imprisons the leaders of the opposition, he loses his internal support and therefore needs to look to foreigners for support. The United States is not a viable option, for it will create a legitimacy crisis for Sisi and more importantly, Washington itself is not currently interested in having closer ties with Egypt. Therefore, Saudi Arabia ends up becoming the only viable regional option for Egypt. In addition, Saudi Arabia is also relieved that Morsi has been deposed. Now, Egypt needs to choose between a financially beneficial relationship with Saudi Arabia and a less economically beneficial relationship with Tehran, which will anger the Saudis. I think that, at least in the short term, Mr. Sisi’s choice will be Saudi Arabia.”

And what of the broader Iranian-Egyptian relationship beyond potential dialogue over Syria? Nasri told Al-Monitor, “Iran usually has stronger relations with secular Middle Eastern governments than with the Islamist ones. The Islamist governments, whether Sunni or Shiite, are naturally ideological. Mr. Morsi was an ideologue, and his ideology was not compatible with the Islamic Republic’s ideology. Any type of relations between Iran and Morsi was not imaginable. With Sisi, however, things are different.”

Can Assad function as a bridge connecting Iran and Egypt? The answer may very well be yes. However, it is naive to think that Syria alone is enough to normalize the long-troubled relations between Tehran and Cairo.