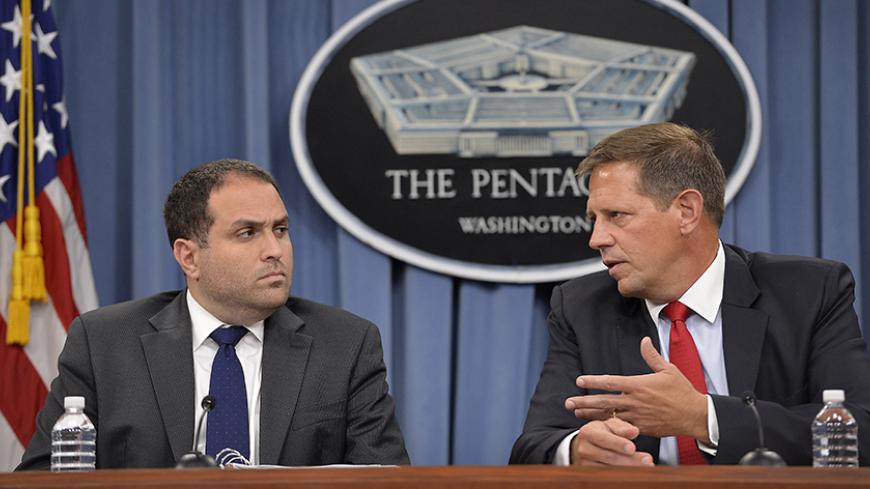 The Obama administration on Sept. 17 officially named outgoing US Ambassador to Poland Stephen D. Mull the lead coordinator for Iran nuclear implementation, as a congressional deadline to block the deal ran out with no disapproval measure ever reaching President Barack Obama’s desk.

“I have always said that, as important as it was to negotiate the nuclear deal with Iran, implementing it was going to be even more crucial in meeting our national security objectives,” Secretary of State John Kerry said in a statement announcing Mull’s appointment.

“As we move past the 60-day Congressional review period, it is vitally important that we now have the right team with the right leader in place to ensure the successful implementation of the Joint Comprehensive Plan of Action (JCPOA),” Kerry said. “Steve Mull is absolutely the right person to lead this effort.”

A 33-year veteran foreign service officer, Mull previously served as executive secretary of the State Department (2010-12), ambassador to Lithuania and, most critically, as senior adviser to then-Undersecretary of State William Burns (2008-10) when Burns was the lead US Iran nuclear negotiator and the United States was helping negotiate UN Security Council Resolution 1929 that sanctioned Iran over its nuclear program, among previous relevant assignments, Al-Monitor reported Sept. 16 in anticipation of his appointment.

"Steve Mull is exceptionally thorough and well organized, one of the most skillful and effective senior diplomats I know,” Burns, now president of the Carnegie Endowment for International Peace, told Al-Monitor. “He is well-equipped for the challenge of rigorously implementing the JCPOA, which is an incredibly important priority for the United States."

Al-Monitor has confirmed that acting US Special Representative to Afghanistan and Pakistan Jarrett Blanc will join the Iran nuclear implementation team as assistant coordinator. Blanc previously served as a deputy coordinator in the AfPak shop, as an adviser to the Coalition Provisional Authority in Iraq, as a fellow at the Council on Foreign Relations, and has done field work in Iraq, the Palestinian Authority, Kosovo and Afghanistan.

“In fact, Jarrett will be helping lead our team,” Mull told Al-Monitor by email Sept. 18. “It will be great having him on board!”

Mull is expected to oversee a small team of up to seven people, based at the State Department, which will coordinate implementation of the JCPOA across US government agencies as needed, including State, the National Security Council, the Treasury Department, the Department of Energy and its nuclear research labs.

“In addition to working internally within the US Government … we’ll also have a diplomatic component,” the senior State Department official said. “There are a lot of questions that will require ongoing constant attention and consultation with our partners in implementing that deal. Even for the rest of this month we anticipate regular encounters and sessions with our counterparts — our fellow negotiators for the deal — in moving forward.”

Diplomats from the P5+1— the permanent five members of the UN Security Council plus Germany — Iran and the European Union are expected to meet on the sidelines of the United Nations General Assembly opening session activities in New York later this month. Those eight parties comprise the Joint Commission that is due to meet at least four times a year to oversee implementation of the landmark Iran nuclear deal and work out any differences that may arise. Official “adoption day” of the JCPOA is Oct. 18.

Iranian Foreign Minister Mohammad Javad Zarif and Deputy Foreign Ministers Abbas Araghchi and Majid Takht-Ravanchi are due to fly from Tehran to New York on Sept. 24 and be involved in meetings there into October. Obama as well as Iranian President Hassan Rouhani are due to address the General Assembly on its opening day, Sept. 28.

The Joint Commission for implementing the JCPOA will meet every three months at the political directors level, chaired by EU Deputy Secretary-General Helga Schmid, and every two years at the ministerial level chaired by EU foreign policy chief Federica Mogherini, an EU official, speaking not for attribution, told Al-Monitor Sept. 17.

Hours after Senate Democrats blocked Senate Republicans from a third, final attempt to hold a vote on a resolution of disapproval on the Iran deal, Obama dropped by the State Department Sept. 17 to congratulate Kerry, lead US Iran nuclear negotiator and Undersecretary of State Wendy Sherman, and the US Iran nuclear negotiating team on the successful negotiations and getting the deal through the grueling congressional review. “Kerry had a little ‘l’chayim’ [toast] for Wendy and the [Iran nuclear negotiating] team, and the president stopped by,” a US official, speaking not for attribution, told Al-Monitor, saying the top officials gave special credit to Sherman, who plans to retire next month, for overseeing the successful negotiating effort going back to when Hillary Clinton was secretary of state in 2011.

“Congressional review of the Iran deal is complete,” the Obama administration posted on its pro-deal @TheIranDeal Twitter account after the final Senate Republican effort to hold a vote against the deal failed Sept. 17. “We can now take the next steps in making the world a safer place.”