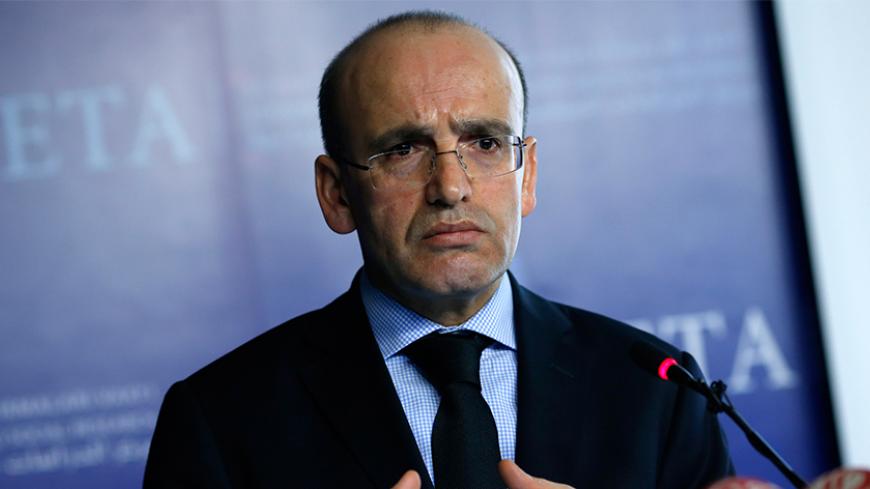 A lack of confidence is the latest problem topping the mounting heap of Turkey's economic woes. The first indication comes from the decreasing appetite for investment, a cause of concern for government ministers and bureaucrats who are increasingly drawing attention to the problem.

The confidence gap stems from both external factors and domestic issues, including political uncertainty and rekindled clashes between government forces and the Kurdistan Workers Party (PKK). The protracted electoral atmosphere — first for the June 7 polls and now ahead of the Nov. 1 snap elections — has deferred economic reforms, leaving financial markets in uncertainty with investors unable to see ahead. The Kurdish-majority eastern and southeastern provinces have further lost their appeal to investors amid bloody unrest marked by intensified PKK attacks.

Speaking at the Istanbul Finance Summit on Sept. 8, Central Bank Gov. Erdem Basci stressed a “need to boost confidence,” adding that a number of structural reforms to that effect would be announced in November during the G-20 summit in Turkey’s Mediterranean city of Antalya.

“Investment is a function of two things: The first is interest rates and the second is simply confidence. On the issue of confidence, the required improvements have been lagging since 2009,” Basci said.

Cevdet Yilmaz, deputy prime minister in charge of the economy, blamed the souring sentiment on political uncertainty and the PKK, which often attacks public works and construction sites. “No matter what they do, we’ll keep up our investments,” he said earlier this month.

Similarly, Economy Minister Nihat Zeybekci singled out the PKK as the “biggest obstruction” to both private and public investments in the southeast, including roads, hospitals, bridges and dams.

Finance Minister Mehmet Simsek was more plainspoken in sounding alarm bells. “Should we fail to ensure political stability and initiate reforms, we’ll not only miss the 2023 targets but fail to preserve our current gains,” he said Sept. 13. “In order to be strong in global competition, Turkey needs a long-term government. Developing countries face difficulties, and these difficulties will not subside. The US Federal Reserve will sooner or later normalize its monetary policy and hike interest rates. Regardless of when this decision comes, Turkey needs to increase its resilience against such shocks. And we can’t increase resilience by chattering or shouting slogans. Slogans are not worth a penny.”

Consumer confidence is also on the decline. In remarks to Al-Monitor, Kenan Tanrikulu, a former industry minister and now a parliament member for the opposition Nationalist Action Party, put the blame on the ruling Justice and Development Party (AKP). “The consumer confidence index has fallen to 58.5, its lowest level in 6½ years. Consumers are unable to save and are pessimistic about the future of the economy. They do not expect unemployment to decrease,” Tanrikulu said. “The real sector’s confidence in the economy has also fallen, especially after the June 7 elections. This is because of lack of confidence in the political establishment and the government.”

The Turkish Statistical Institute (TUIK) revealed the week of Sept. 21 that the confidence index was down in all sectors in September. The index decreased by 2.3% in the services sector, by 4.6% in the retail trade sector and by 2.1% in the construction sector.

And what about foreign investors? According to Economy Ministry figures, foreign direct investments in the first half of the year stood at $4.03 billion, a 22% decrease from $5.18 billion in the same period last year.

And while foreign investors shun Turkey, local ones are increasingly fleeing abroad. In the past 2½ years, the amount of Turkish capital funneled into investments overseas has reached $11.3 billion.

The decline in investment is slowing economic growth. While the official year-end target is 4%, the overall growth rate for the first six months was 3.1%; 2.5% in the first quarter and 3.8% in the second. The government, meanwhile, is trying to prop up the market with public spending. According to TUIK, the government was the biggest spender in the second quarter, with public spending shooting up 17.2% to 72.49 billion Turkish lira ($23.85 billion) at current prices.

The Economy Ministry is looking for ways to overcome the confidence crisis and revive investments to accelerate growth. Simsek issued a further warning this week, saying that global economic trends were unfavorable to Turkey, on top of serious domestic problems and regional turmoil. “Turkey’s outlook has worsened and the risk premium is increasing. A strong government is needed to implement the required reforms,” he said.

Simsek’s emphasis on a strong government is a message to voters to propel the AKP back to power as a single-party government. Yet, public opinion polls ahead of the Nov. 1 elections suggest that this is a weak probability. The elections are likely to produce a broad-based coalition between the AKP and the Republican People’s Party, whose combined vote stands at 66-69%, according to the polls. Initiating reforms to restore investor and consumer confidence is bound to be the first job of the prospective coalition.