Under Turkey's emergency law, big business may benefit while the middle class is fast disappearing. 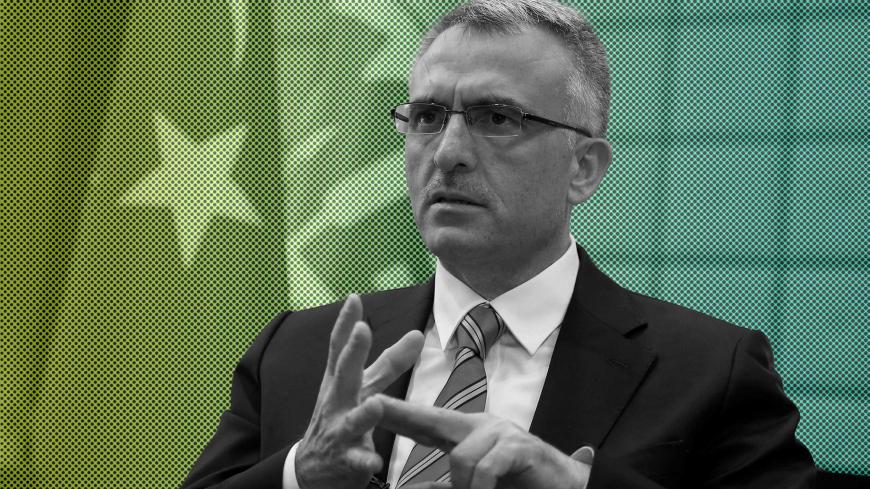 In the first week of September, the Turkish Statistical Institute (TUIK) reported year-on-year second-quarter gross domestic product (GDP) growth as 5.1%. The first quarter was recorded as 5%, and Economy Minister Nihat Zeybekci predicted 7% growth rate for the third quarter. He boasted that the Turkish economy outperformed the economies of most European Union members and ranks third behind China and India among G-20 countries.

Considering that more than 100,000 people were purged from government employment, tens of private businesses were confiscated by the government after the coup attempt for being associated with the Gulen movement, and increasing social and political pressures due to the state of emergency law, several analysts have predicted a struggling economy for 2016 and onward.

Warning signs conflict with Zeybekci’s statements. For example, on Sept. 11, the World Bank announced it has extended a $400 million loan to Turkey. Core inflation has reached double digits for the first time since 2005. So has emergency law been good for the overall health of the Turkish economy?

Minister of Interior Suleyman Soylu, emphasizing the 5.1% growth rate, is convinced that big businesses should be thankful to President Recep Tayyip Erdogan and the emergency law. Reacting to the Turkish Industry and Business Association’s call for a return to normalcy, Soylu said, “I ask big businesses of Istanbul what is wrong with emergency law?” and called upon them to thank God for Erdogan.

It is rather difficult to gauge the health of the Turkish economy. One of the most important reasons is the lack of credible data. According to 2017 reports by the Organization for Economic Co-operation and Development, Turkey ranks the lowest on providing “open, useful, reusable government data” among member countries. For example, at the end of 2016, TUIK altered its method to measure GDP, which miraculously led to a significant improvement — at least on paper.

Al-Monitor asked Talat Yesiloglu, the editor of Ekonomist weekly, about the impact. Yesiloglu said, “We are not able to provide exact numbers about post-emergency law economy. With government guaranteed credit, the markets had a fresh flush of funds.”

The Turkish economic miracle has been attributed to foreign investments, but most non-Justice and Development Party (AKP) affiliated analysts refer to it as “hot money.” On Aug. 31, Deputy Prime Minister Mehmet Simsek announced that the government had prepared the structure to introduce interest-free insurance (takaful). Pro-AKP newspapers immediately announced that the expansion of Islamic banking and investment methods would attract more investment from the Gulf.

Yesiloglu said this is not new, but it is expected to expand. However, he added that foreign investors in Turkey have suffered due to changes in vehicle insurance policies. The current situation is a sore spot for investors. So given these challenges, Yesiloglu asked how much of a difference would a takaful system produce?

None of the experts Al-Monitor spoke with could pinpoint a significant contribution of Islamic banking into the Turkish economy. Yet Kuran raised a red flag, saying, “More Islamic banking would damage Turkey indirectly by reinforcing fears that Turkey is headed toward repressive theocracy.”

Award-winning financial analyst and Cumhuriyet Daily columnist Cigdem Toker told Al-Monitor that the most important issue regarding Islamic banking, just like in any other banking system, is oversight and accountability. So far it is not clear how the system will be monitored, therefore making the risk analysis all the more difficult.

So how does foreign investment keep coming into Turkey especially given the emergency law? Toker provided crucial insights and tackled the complicated relationship between human rights and economic development. She said, “Rule of law — as far as the midsize and big businesses are concerned — matters only to the degree of guaranteeing private property rights. Would a foreign investor care about his margin of profit or the allegations of torture at a prison in the country they have invested? What they would care about is their investment costs are guaranteed by the government.” The Turkish government gives extensive guarantees for major infrastructure projects in Turkey, even if they fail to produce a profit. Toker also highlighted that any legal problems foreign investors have are taken to arbitration court and promptly resolved.

Kuran did not mince his words when asked about the overall health of the Turkish economy. He said, “The AKP is doing massive long-term damage to the Turkish economy. Corruption is up, the quality of education has fallen, the courts are massively politicized and people are afraid to speak honestly. This package is a recipe for slow growth at best. If the economy is continuing to grow — albeit slowly — one reason is that sky-high interest rates are drawing in short-term investments. This is not a sustainable strategy. It makes Turkey highly vulnerable to a shock that might cause an outflow of resources. Another factor that works to Turkey’s advantage is that many countries in Turkey’s neighborhood are managed even more poorly than Turkey. Turkey looks relatively secure in relation to Egypt, Iraq, Iran and even Saudi Arabia, to name several major competitors for capital.”

For over a decade now, Turkish bankers, investors as well as economists have been highlighting the dangers of hot money flows into Turkey. Mahfi Egilmez, a prominent economist, has calculated that in the first half of 2017, of the foreign currency pouring into Turkey, 78% was hot money and the remainder 22% was foreign direct investment. Hot money comes in as Turkey provides safe returns for foreign investors and the interest rates are high. Hence, those who have a large amount of cash can make quite a bit of money, which in the short term may prove to be a success for the Turkish economy. But indeed hot money comes in because Turkey is a lucrative place, proving the saying “money begets money.”

In the meantime, the emergency law has worsened working conditions and income levels of workers. For example, the right of workers to strike has been drastically curtailed, as Erdogan had said, “We utilize emergency law in places where there is a danger of workers’ strike.”

Simultaneously, some of the basic indicators such as youth unemployment or poverty rate have not improved much. In 2015, Al-Monitor reported, based on TUIK, that 22.4% of households live below the poverty line. The latest official data shows it at 21.9%. For a single-parent household, the poverty line raises up to 29.3%. The full impact of the emergency law will not be seen until May 2018, when official 2017 figures are announced.

Still, over 30 million people out of a population of 79 million in Turkey are estimated to be on government assistance. In July, the Confederation of Turkish Trade Unions set the poverty limit for a family of four at 4,878 Turkish liras ($1,419) a month. The average salary for government employees, such as teachers and police officers, is about $960 per month, while a specialized doctor makes barely above the poverty line at $1,482. These numbers indicate that the economic miracle of Turkish growth is not being reflected in the real purchasing power of the Turks.

So how does the Turkish economy survive? One answer came from a savvy scholar of philosophy who joked, “Remember in 2010 [Erdogan] Bayraktar [the former minister of environment and urban planning] had told the public that ‘Allah sends us money’? I think we need to believe him after all.” The real miracle may indeed be the nifty survival skills of an average Turk to stretch every penny.