Turkey’s spectacular growth has darker side

Turkey may have achieved an impressive 5.1% economic growth in the first half of the year, but the risks are still there with myriad problems accumulating on the other side of the coin. 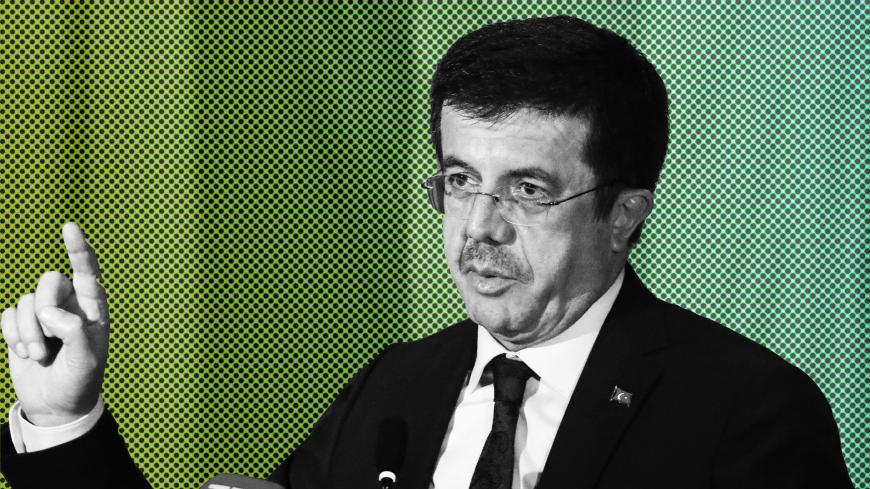 Turkey’s economy grew 5.1% in the second quarter, as many had expected, with the rate for the first half of the year hitting 5.1% as well. Ankara is now on course to easily achieve, and even overshoot, its target of 4.4% for 2017. This leaves the International Monetary Fund’s 2.5% forecast in the beginning of the year far off the mark.

The growth rate in the third quarter is expected to be even higher, perhaps over 10%, given the low-base effect of the same period last year, when the Turkish economy contracted 0.8% amid the clamor of the July 15 coup attempt. Even if the pace slows down in the fourth quarter, the annual figure is likely to still be in the 5-6% range.

The upsurge this year has drawn on two exceptional levers. The first has to do with global funds returning to developing countries, while the second stems from extraordinary government bolsters, primarily in the form of loans.

The latest IMF data suggests that growth this year will reach 3.5% globally and 4.5% in the category of emerging countries, where Turkey belongs. In other words, Turkey’s growth trend is in line with the general trend among its peer countries.

During the global financial crisis, the central banks of big countries had opted for liquidity expansion, which contributed significantly to the revival trends seen in their economies at present. Drawn by lucrative yields, short-term global investments or “hot money” began to flow back to developing countries earlier this year, as geopolitical risks were seen to recede and Donald Trump’s performance as US president failed to impress.

In 2015, more than $9 billion in foreign capital had fled Turkey. The country sought to bridge the deficit with its own reserves, helped also by big inflows of capital of unknown origin. In 2016, the net inflow of “hot money” was only $1.4 billion. The drought pushed up the price of the dollar to nearly 4 Turkish liras. In February, however, the trend began to reverse. As of Sept. 8, the “hot money” that entered Turkey this year stood at $9.9 billion, attracted especially by yields of up to 11% on government bonds.

The inflow led the price of the dollar to fall below 3.5 liras, which stimulated imports and therefore production and investments. On the domestic front, the government encouraged banks to turn on the lending taps, which created an additional stimulant. The 5.1% growth rate in the second quarter owes much to loans sponsored by the Credit Guarantee Fund. The loan expansion exceeded 1.95 trillion Turkish liras from June 2016 to June 2017, growing 23%. In the same period, consumer inflation stood at about 10%, which shows the remarkable level of real loan expansion.

Despite the 5.1% growth rate, the dollar value of Turkey’s gross domestic product (GDP) continues to decrease. The year-on-year GDP stood at $834 billion at the end of June, down from $950 billion in 2013, according to the Turkish Statistical Institute’s new calculation method. GDP per capita was about $10,520, down from 12,480 in 2013.

Exports and investments appear to be the main drivers of the economic growth. According to official data, exports grew by 10.46% and investments by 9.48% in the second quarter.

Yet, the increase in exports appears driven by price-cutting. In the first half of the year, Turkey’s terms of trade decreased about 6% from the same period last year, which suggests that Turkey’s imports have become more expensive, while its exports have cheapened. This speaks to a condition involving economic distortions known as immiserizing growth that makes life more miserable for the average person.

The revival in investments involves a remarkable skew as well. According to the data, investments have grown 9.5%, but investment in machinery and equipment has shrunk by 8.6%, a trend that has been going on for four quarters. The overall increase in investments appears to rely on the construction sector only. The growth of construction investments, which often come at the expense of environmental and natural destruction, stand at 25%, the highest in the past 17 quarters.

The boom stems largely from public-private partnership projects such as the third airport in Istanbul, motorways, bridges, power plants and hospital complexes. Yet because of their particular nature, those projects do not figure as public investments or government spending. This camouflage also conceals the true risks the public sector is accumulating and the prospect of unpleasant surprises down the road.

While the bright side of the coin displays solid economic growth, crisis ingredients are piling up on the backside, with new fragilities adding to the existing ones. The high growth rate comes with high inflation. In August, the inflation in producer prices climbed close to 17%. Notably, the 22% hike in intermediate goods prices signals that consumer inflation will not fall below 10% in the coming months. Also, high inflation impedes the reduction of high interest rates, which have long annoyed President Recep Tayyip Erdogan.

The drive to avert a full-blown economic crisis and return to the path of growth was managed also through budget operations, which have created significant gaps in the public finances. The budget deficit grew to more than 24 billion liras in the first seven months, a sharp deterioration from the 1.3 billion lira surplus in the same period last year.

The budget deficit is coupled with a chronic current account deficit, or foreign-exchange deficit, which reached nearly $21 billion in the first half of the year. This corresponds to 5.5% of the $380 billion GDP in this period, which, according to international norms, is quite a high figure.

In sum, Turkey’s hot-money-driven economic growth appears hard to sustain in 2018 with those gaping budget and current account deficits and such high levels of inflation and unemployment.