The US Federal Reserve’s plan to trim its balance sheet and keep hiking interest rates could spell trouble for Turkey by changing the direction of global funds and pushing up the price of the dollar. 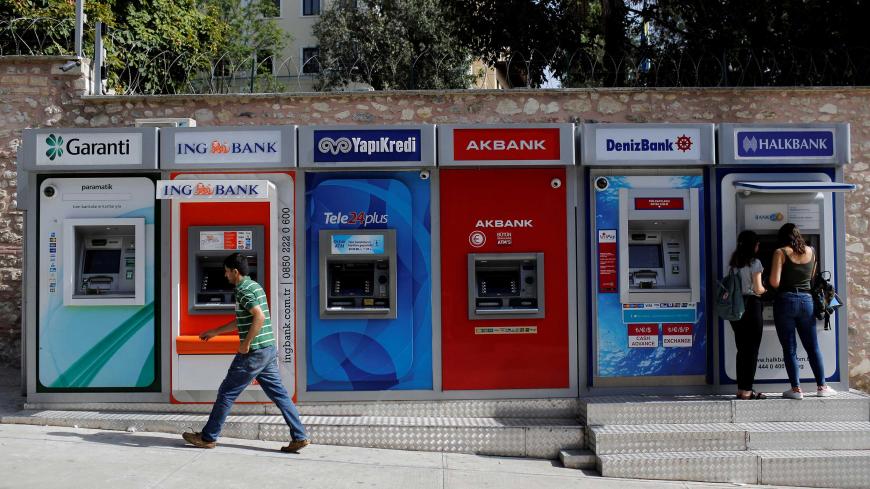 Following its Sept. 20 meeting, the US Federal Reserve’s Federal Open Markets Committee announced decisions, assessments and forecasts with global implications. The Fed set October for the start of its plan to shrink its $4.5 trillion balance sheet — the result of a massive bond-buying spree after the 2008 financial crisis — by shedding $10 billion in bonds per month, raising the amount every three months until it reaches $50 billion.

On the interest rate front, the Fed aims at roughly a one-point increase through four hikes over a year. Most committee members indicated they expected to deliver another rate increase by the end of 2017, which, coupled with the start of balance sheet trimming next month, went slightly beyond expectations, causing fluctuations in the markets. For emerging economies such as Turkey, the Fed decisions are not pleasant news, for they raise the specter of dollar flight and increasing interest rates.

Turkey, the most fragile of the Fragile Five, saw its currency depreciate the most in the immediate aftermath of the Fed decisions. The dollar’s price surpassed the 3.5-lira mark, and though it retreated a bit the following day, the trend remains upward.

The Fed’s course in the coming months remains subject to questions and doubts, stemming from US President Donald Trump’s lackluster performance. The Trump factor is actually the reason why the Fed has been treading cautiously, and many observers believe it will continue to do so.

Despite the Trump uncertainties, one could still say that a new period has begun for economies such as Turkey’s, which rely heavily on external funds, especially short-term investments known as hot money. Having accumulated a lot of stress and fragilities, Turkey has little room for efficient counter-measures in the next six months, after which the impact of the Fed’s moves will grow stronger.

The Fed’s road map bears on a major lever of Turkey’s economic growth — the inflow of hot money, which has accelerated since the beginning of the year. Will the flow continue after the Fed decisions, or will it change directions and slow down?

The external funds required for the 5.1% growth that Turkey posted in the first half of the year came in the form of hot money rather than direct investments and long-term loans. Lured by yields of up to 11%, global funds had turned to Turkey in the beginning of 2017 as the Fed appeared to hesitate and Trump failed to impress with his performance. Thus, the inflow of hot money became the main financing source.

Turkey’s debt repayment calendar is another source of concern now that the Fed’s decisions have raised the specter of a “climate change” for the global economy. According to the Central Bank’s short-term debt figures released in July, the foreign debt stock that needs to be rolled over in the next 12 months amounts to $170.5 billion.

Turkey’s net international investment position is another sign of the critical point it has reached under the Justice and Development Party (AKP). This indicator, which denotes a country’s assets and liabilities vis-a-vis the rest of the world, is often described as “the big picture” of economic power balances. Turkey’s net investment position — in other words, its net foreign-exchange deficit — climbed close to $430 billion in the second quarter, which amounted to 51.8% of gross domestic product (GDP) on a 12-month basis. In July, the net deficit reached about $450 billion, a 24% increase since the end of 2016, which is an alarming figure for foreign financiers in particular.

In sum, for the period after September, which is emerging as a new chapter after the Fed meeting last week, Turkey has $170.5 billion in external debt to roll over within 12 months, and even if the annual current account deficit does not extend beyond the estimated $35 billion, Turkey’s external financing requirement still reaches $205.5 billion. The foreign-exchange burden of the private sector, which makes it vulnerable against the prospect of a stronger dollar, and “the big picture” of the country’s net foreign-exchange deficit — close to 52% of the GDP in July — are also omens of critical times down the road.

The AKP government seemed to have weathered the economic tremor that had jolted Turkey in the second half of 2016 thanks to changes in the foreign conjuncture, the ensuing inflow of hot money and a lavish loan expansion at home. In the meantime, however, it created burdens that increased budget deficits atop the chronic current account deficit. Now, with the prospect of the dollar rising anew, the government is left with little room to maneuver and few instruments to use against the serious troubles that a more expensive greenback could cause.