Discouraged by the US president’s dismal performance, global short-term investors are returning to emerging economies, including Turkey, boosting Ankara’s economic and political prospects in critical times. 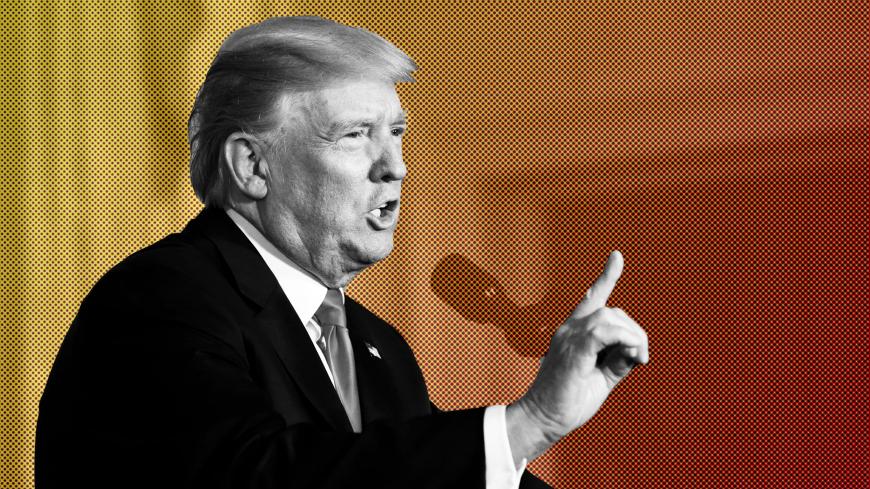 In one of the most remarkable economic trends recently, the dollar has been losing value against the currencies of many developed and emerging economies, including the Turkish lira. The tide of late 2016 seems to have turned. The greenback, which had rallied with Donald Trump’s march to the White House, is on the decline because of Trump again — this time under the impact of his poor performance. The currencies that had previously fallen against the dollar are all recovering now, albeit at different paces. In Turkey, the reversed trend is affecting not only economic balances but the political equilibrium. How long this climate will last is hard to predict, but one thing seems almost certain: Trump’s America will be the most decisive factor in this.

US economic growth is lagging behind Trump’s 3% annual target, barely managing 2.6% in the April-June period after 1.2% in the first quarter. While the 4.3% unemployment rate is fine, the real problem lies in inflation running low, especially in the second quarter. An inflation rate of less than 2% is widely seen as a sign that demand has not strengthened enough and, thus, the 3% growth target remains an uphill task. The fact that the current account/GDP ratio remains at 2.6%, in contrast to an average of about 5% in the 2002-2008 period, is another sign of weak growth. In short, the US economy is struggling to generate the desired increase in consumption and, thus, a stronger growth momentum. The primary reason for the faltering is Trump, whose support has plunged fast since his election in November.

At their most recent meeting in July, members of the Federal Reserve discussed the possibility of inflation slowing even further, failing to agree whether the trend is a temporary or lasting one. The prospect of another rate hike this year has weakened, which is why the dollar went on the decline.

The US economy is struggling to generate the desired increase in consumption and, thus, a stronger growth momentum. The primary reason for the faltering is Trump.

Subsequent developments in the United States — the white nationalist rally in Charlottesville and Trump’s controversial response to the deadly violence that occurred at the event, the resignations of CEOs from presidential advisory bodies and rumors that Trump’s chief economic adviser Gary Cohn was quitting the White House — have all rattled Wall Street. Many now wonder how long Trump will survive in the White House. As of Aug. 25, Gallup's weekly estimate showed that only 37% of Americans view their president positively.

Since February, disappointment over Trump’s performance has led global short-term investors to return to emerging economies such as Brazil, India, Indonesia, Mexico, Russia, South Africa and Turkey, which has been particularly lucky. As of Aug. 18, those investors had injected $8.4 billion into the Turkish economy this year in the form of investments in stock shares and government bonds. Attracted by very lucrative yields, most of this “hot money” — $5.6 billion — has gone into government bonds, while the remaining $2.8 billion has gone into stock shares. The relative stabilization of the Turkish lira has been another major factor boosting foreign investor appetite in Turkey.

Interest rates in Western countries are obviously no match to Turkey’s, which are currently in the 11% range. Hence, borrowing in the West and then putting the money in high-yielding portfolio investments in countries such as Turkey is a hugely profitable affair.

The foreign investor rush to Turkey owes also to the decline in its risk premium, reflected in credit default swaps. This risk indicator, which had resurged in the beginning of the year amid the slump of the lira, has now fallen to its lowest level since 2013 as the currency began to recover and global risk appetite grew. Compared to two years ago, the risk premium today is 33% down, but the decline has been driven more by global liquidity and risk-taking trends rather than developments in Turkey itself.

Ankara’s decision to extend the four-day Eid al-Adha holiday to 10 days, beginning Aug. 26, has also accelerated the inflow of foreign funds. The holiday means no major fluctuations in the lira’s value for 10 days — in other words, no major exchange rate surprises for foreign investors pursuing lucrative yields.

Ahead of the long holiday, many Turks in need of cash converted dollar savings to Turkish lira, which also contributed to the cheapening of the dollar.

As a result, the price of the dollar — which had climbed to almost four liras in the beginning of the year — dropped to less than 3.5 liras in late August.

For Turkey and its peers, this dolce vita riding the "hot money" wave will go on, so it seems, until the United States comes up with a solution to the Trump problem. While the Federal Reserve is not expected to take any major step in September, the Trump problem might deepen in the meantime.

The US Treasury is expected to hit the debt ceiling by early October. If the US Congress fails to raise the limit, Washington will struggle to pay bills, which could result in a government shutdown. It is not the first time that Washington is facing such a prospect; similar risks have been weathered in the past. This time the situation appears more serious, as Trump might fail to garner support not only from the Democrats but also from among his own lawmakers in Congress. This prospect is a cause of hesitation for the Federal Reserve because after a possible rate hike and/or an announcement on downsizing its balance sheet in September, the Federal Reserve, too, might be blamed for an eventual government shutdown.

Turkey, meanwhile, can only be grateful to Trump. Faced with the threat of a full-blown crisis in the second half of 2016, it has today bolstered its currency thanks to the ample flow of "hot money” and gained a growth momentum in the 5-6% range. Despite double-digit inflation, unemployment rates, budget deficits, the complications of lavish bank lending and a growing current account deficit, the current tailwinds could keep filling the government’s sails ahead of municipal polls next year and a crucial presidential election in 2019.