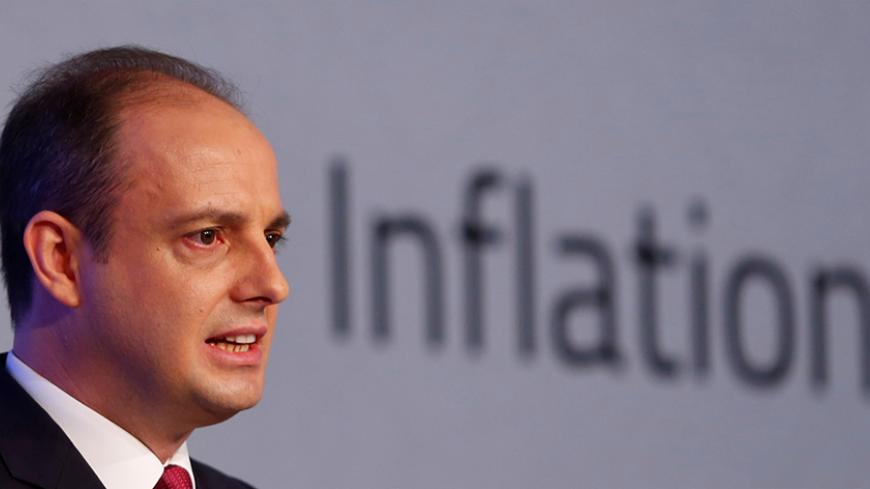 Risk indicators are on the rise for the Turkish economy, which relies heavily on the inflow of foreign capital to grow. Foreign investors are closely watching the situation and reviewing decisions.

Another widely monitored risk indicator is the grade a country receives from credit rating agencies. Two of the top three agencies watched by investors around the world — Standard and Poor’s and Moody’s — cut Turkey’s sovereign credit rating to non-investment grades in July and September respectively, infuriating Ankara and leaving Fitch as the only major agency that keeps Turkey on investment grade.

Downgraded ratings especially sway the movement of “hot money” or short-term investments in stock market shares and government bonds. These types of external funds have become quite important for Turkey, accounting for a portfolio investment stock of between $40 billion and $42 billion. Pension funds, in particular, heed closely the assessments of credit rating agencies, pulling out from countries downgraded to non-investment level. And indeed, the Turkish Central Bank’s data points to net capital outflows in the wake of the latest downgrades.

The flight of foreign capital was then followed by the Turkish lira tumbling against the dollar. The greenback, which traded for 2.94 liras before the Moody’s move, has climbed up to 3.11 liras in the ensuing weeks, and seems unlikely to retreat from these levels. Given the country’s bulky external debt stock and the significant share of short-term debt it includes, the appreciation of the dollar on such a scale is not something the Turkish economy can easily digest. For indebted entities, a more expensive dollar means their debt has now increased in terms of the Turkish lira. And when it comes to imports, which amount to about $200 billion per year, the dollar’s appreciation means an increasing cost for imported inputs, including machinery and equipment, and thus a cost-push inflation.

In its 2017-19 medium-term economic program, the government tacitly estimates the average dollar-lira parity for 2016 at 2.95, but the trend has already surpassed its projection in the first 10 months of the year. The average parity stood at 2.93 in the first half of the year, while reaching 3.00 in the second half so far. A downward trend seems highly unlikely in November and December, meaning the average for the whole year would be no less than 3.00. This, in turn, would equal to a yearly increase of nearly 10%, given that the average parity was 2.73 in 2015. According to the program, the government projects a consumer inflation rate of 7.5% for 2016, and if this materializes, the increase in the dollar-lira parity would exceed the inflation rate as well.

When it comes to economic growth, the program projects the rate at 3.2% for 2016 and 4.4% for 2017. The target for next year depends largely on the inflow of foreign capital, something that the program itself admits by projecting that domestic savings would not exceed 13% or 14% of gross domestic product, meaning that the funds needed for investment could be secured only externally. And this brings up the key question: Will the expected inflow of capital materialize? How will Turkey attract foreign funds to stimulate growth while its risk premium is on the rise, coupled with a “non-investment” grade by credit rating agencies?

Turkey’s prevailing conditions and its prospects for 2017 signal heightening rather than easing risks. Economic vulnerabilities are growing, with only a 0.1% increase in investments this year. Atop the investment drought, net external demand falls short of leveraging growth, compounded by rapid declines in domestic demand, the result of growing political and geopolitical risks affecting consumers. Swelling housing stocks have caused particular concern, leading the government to cut the value added tax on housing sales by 10 percentage points last month at the expense of losing budget revenues. Yet, the construction and housing sector — the driving force of the economy in recent years — appears headed to new bottlenecks in demand.

Rising geopolitical risks are an important factor driving the decline in domestic demand, the backbone of economic growth. Turkey's interventions in Syria and Iraq have painted the picture of a country at war, deterring both foreign tourists and investors. The turmoil in the Middle East and Ankara’s ongoing confrontation with Kurdish actors both at home and abroad represent a major component in the risk factor. The choice of a security-based policy rather than dialogue and negotiations on the Kurdish issue is, no doubt, pushing up the country risk.

In sum, the policies that manage the Turkish economy, already relegated to the “non-investment” league, are bound to heighten rather than lower the risk factors in the coming period. And a meaningful rate hike by the US Federal Reserve in December would intensify the flight of foreign capital from Turkey, further escalating the risks.