The battle for Sanaa looms

If a cease-fire is not arranged, the battle for Sanaa will turn into a humanitarian disaster. 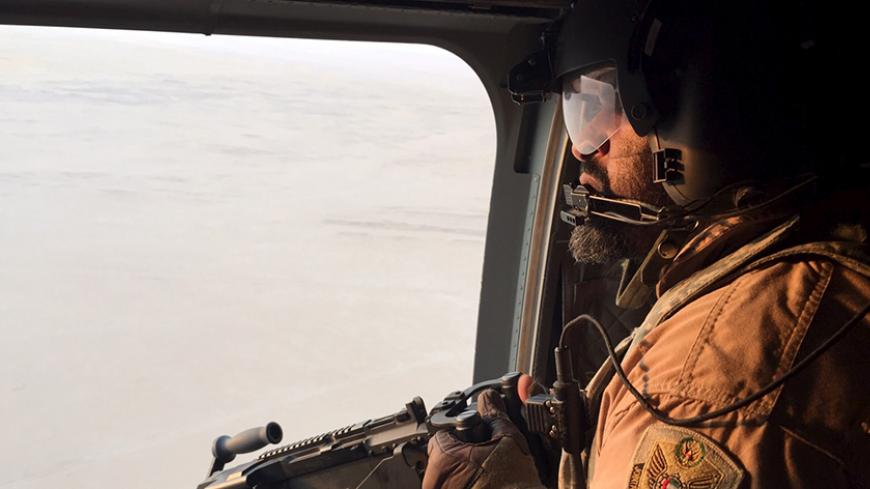 A soldier from the United Arab Emirates watches over Yemeni territory onboard a Chinook helicopter in the frontline conflict zone of Marib in central Yemen, Sept. 16, 2015. - REUTERS/Noah Browning

Saudi Arabia and its coalition partners are preparing for a major offensive to take Yemen's capital from the Zaydi Houthi rebels this fall. If the battle becomes a house-to-house urban clash, it will have disastrous humanitarian consequences.

The Saudis are massing forces at two locations for the assault on Sanaa. To the east of the capital, coalition forces are preparing to attack in Marib province. According to press reports, 4,000 troops from the United Arab Emirates, another 1,000 from Saudi Arabia and Bahrain, and an unknown number of Yemeni loyalists are assembled for this offensive. Furthermore, south coalition forces in Taiz are preparing another move on Sanaa. Saudi and Emirati troops and Yemeni loyalists are reinforcing this axis as well.

The United Nations’ efforts to arrange a cease-fire this month were stymied by Yemen President Abed Rabbo Mansour Hadi’s refusal to attend peace talks in Oman unless the Houthis and their ally, former President Ali Abdullah Saleh, withdraw their forces from Sanaa and other cities first and accept UN Security Council Resolution 2216. Hadi remains in Riyadh, although some of his Cabinet members have moved to Aden where the situation remains unstable. A Saudi bombing attack damaged the residence of the Omani ambassador in Sanaa this weekend, sparking a sharp protest from Muscat.

The Saudi military successes in Aden and other fronts so far have been in Sunni inhabited parts of Yemen. Now they are moving into predominantly Zaydi Shiite areas. Sanaa itself is a city of 2 million people. Both the terrain and the local conditions will become more difficult for the coalition forces as the war moves toward Sanaa.

The Yemeni civilian population is already suffering from the effects of months of bombing by the Royal Saudi Air Force (RSAF) and its allies, the blockade of key ports like Hodeidah, and shortages of food, clean water and medical supplies. Some Yemenis have even fled across the Bab al-Mandab Strait to comparative safety in Somalia and Djibouti.

Inside the Kingdom, the young Minister of Defense Prince Mohammed bin Salman, the king’s favorite son, remains the face of the war and its most prominent advocate. He engineered the removal of a key supporter of Crown Prince Mohammed bin Nayef, Minister of State Saad bin Khalid Al-Jabri, from the Cabinet earlier this month, fueling speculation that Mohammed bin Salman's ambition is to succeed his father. Victory in Yemen is probably critical to those ambitions.

Washington and London, the main arms suppliers to the Kingdom, have significant capacity to influence Saudi policy. The United States has sold the kingdom more than $90 billion in weapons since 2010, according to congressional reports. Since the beginning of the Saudi war in Yemen, the United States has provided crucial logistic and intelligence support, including the establishment of a joint US-Saudi planning cell. The administration has publicly urged Riyadh to open the blockade of Yemen's Red Sea ports and allow humanitarian aid to get into the country, but there is no sign Washington has used its arms leverage. President Barack Obama promised King Salman bin Abdul-Aziz Al Saud additional security assistance in their meeting this month. Like the United States, the British government has continued to provide a steady stream of spare parts, munitions and other equipment to the RSAF.

For their part, the Houthis have accused Washington of collusion in the war. Houthi leader Abdul-Malik al-Houthi has said, "The Americans determine targeting of every child, residential compound, house, home, shop, market or mosque targeted [in the war] … Therefore, the Saudi regime is a soldier and servant of the Americans.” Some kind of retaliation against American targets is probably only a matter of time.

The battle of Sanaa could lead to scenes as terrible as those we've seen in Damascus and Aleppo these past few years. It is time for all the parties to accept a cease-fire, open Yemen's ports and airports to humanitarian cargo and begin a political dialogue. Obama needs to use the leverage he has to avert catastrophe.