Why Saudi Arabia's Yemen war is not producing victory

Saudi Arabia is seen as having jumped into the war in Yemen without having thought out the consequences for itself, the United States and the struggle against the Islamic State. 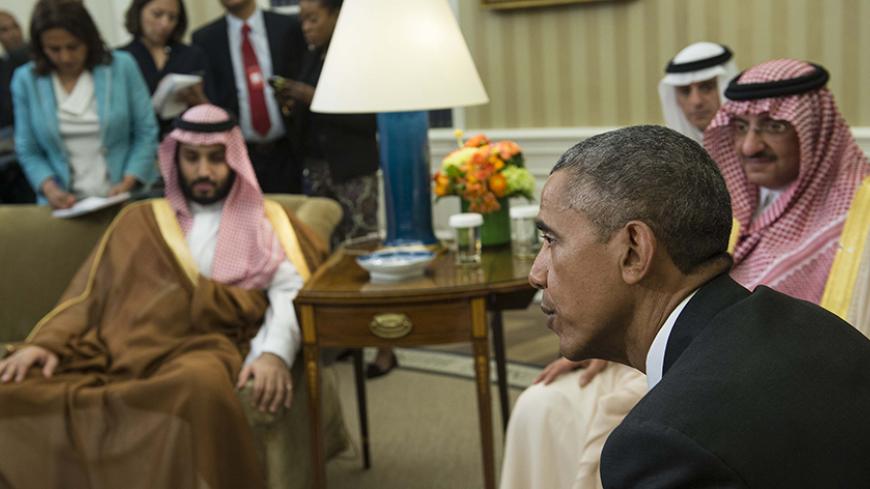 As the war in Yemen escalates after a short humanitarian truce, the stakes are getting higher for Saudi Arabia's princes, the region and Washington. The United Nations-hosted talks in Geneva next week are unlikely to get much traction.

The Royal Saudi Air Force (RSAF) and its Arab allies resumed their bombing campaign this week after a five-day cease-fire to allow humanitarian supplies into Yemen. Saudi Arabia's 29-year-old defense minister, Deputy Crown Prince Mohammed bin Salman, has staked his and his country's future on achieving some kind of clear-cut victory in the kingdom's war in Yemen. UN talks that leave Sanaa under the control of what the Saudis claim is an illegal Iranian-backed rebel regime are clearly not a decisive victory for the royals. Bin Salman needs much more.

Instead, after weeks of air attacks on the Zaydi Shiite Houthi rebels and their allies, the prince's war looks like a stalemate. The immense damage done to Yemen's weak infrastructure has created considerable bad blood between Yemenis and their rich Gulf neighbors that will poison relations for years. Yemenis always resented their rich brothers; now many will want revenge. Even worse for Riyadh, Iran is scoring a victory on its Gulf rival without any cost to Tehran and with only limited Iranian assistance to the Zaydis.

The Saudis hope they can rally enough Yemenis against the Houthis to build an army to roll back Houthi gains. Special forces are training the Yemenis. Intense battles are destroying Yemeni cities. But even if this approach gains momentum, it will only lead to a brutal civil war in Yemen much like Libya, Syria and Iraq in which al-Qaeda and its offshoots will be the main beneficiaries.

King Salman bin Abdul-Aziz Al Saud appointed his son as defense minister Jan. 23 after the son had served as chief of Salman's royal court for two years. The son had no previous military experience or military education. Less than two months after his appointment, the Saudis began Operation Decisive Storm to coerce the Houthis to restore the government of President Abed Rabbo Mansour Hadi back to power. The Saudis gave Washington three hours' notice of the first airstrikes. The king's son immediately became the face of the war, appearing endlessly in the Saudi media directing operations and trying to find allies to join the campaign.

The Salmans also immediately sought experienced combat-tested ground forces from Pakistan to take the war into Yemen. The Pakistanis came away from meetings in Riyadh convinced the king and his son had "panicked" and jumped into the war without a viable strategy for achieving victory; the Pakistanis refused to join the war effort and leaked their worries to the press. The young prince was portrayed as "untested" and unprepared for the job. All this from a Pakistani leader, Nawaz Sharif, who spent years in exile in the kingdom and knows the royals better than any other outsider.

There are similar mutterings around the Gulf states now that the Saudi leadership is impulsive and rash. The Saudis have traditionally been very conservative and risk-averse. From Faisal to Abdullah, Saudi kings were cautious and careful. Now there is hushed talk of a team out of its depth with no plan for an endgame. No one wants to say openly that Riyadh is in a quagmire, but Oman's decision to opt out of the war is increasingly seen as a smart decision.

The Iranian press is scathing in its depiction of the royals, especially the young prince. Iranian leaders have labeled the Saudis as "ignorant" and "inexperienced." They have predicted that the fall of the House of Saud will follow a lost war in Yemen, no doubt a case of wishful thinking. The Saudis have been compared to both Saddam Hussein's Iraq and Benjamin Netanyahu's Israel as arrogant and barbarous. The Iranians seem almost gleeful.

Saudi rhetoric is also getting more extreme. While Crown Prince Mohammed bin Nayef and the king's son were at Camp David filling in for the king, the king was meeting with ultra-conservative members of the Wahhabi clerical establishment who have proclaimed the war a holy mission. After snubbing US President Barack Obama, the king spent his time with clerics who back slavery, object to modern astronomy and regard Shiites as unbelievers.

Riyadh's obsession with Yemen comes as the Islamic State (IS) is scoring important victories to the north, in Iraq at Ramadi and in Syria at Palmyra. While the RSAF is bombing Saada and Sanaa, the caliphate is strengthening its brand. Since it has said it intends to conquer Mecca and depose the Saudi "snake," this is a clear threat to Riyadh, but one that is a secondary priority for the royal family preoccupied with the Zaydis. IS was responsible for a suicide bombing of a Shiite mosque in the kingdom's Eastern Province on May 22 and it claimed responsibility for bombing a Houthi mosque in Sanaa on May 22.

As the Sunni Arabs watch the unfolding drama in Baghdad from the sidelines, Tehran is gaining ground there. It is no accident that the Iranian defense minister, an Islamic Revolutionary Guard Corps (IRGC) general named Hossein Dehghan, was in Baghdad this week. Our hand-picked Iraqi prime minister, Haider al-Abadi, needs urgent help. Obama can increase airstrikes, add more advisers and improve intelligence, but he has no ground troops. Dehghan does, so pro-Iranian Shiite militias with IRGC advisers are gaining stature and influence on Saudi Arabia's northern border.

For now the Saudis are learning the limits of their power. Despite spending five times more on defense than Iran and acquiring scores of modern aircraft from the United States and the United Kingdom over many decades, Riyadh looks unable to get its way in Yemen or Iraq.

Washington is deeply involved in supporting the RSAF. Without US help, the Saudis simply could not sustain the air campaign. The Saudis depend on US and British corporate support to maintain their aircraft, they need intelligence to find their targets and they need resupply to replace munitions. So Washington is dragged steadily deeper into a war it did not seek.