By inviting Syria’s foreign minister to Muscat, Oman has signaled its interest in contributing to the resolution of Syria’s civil war. 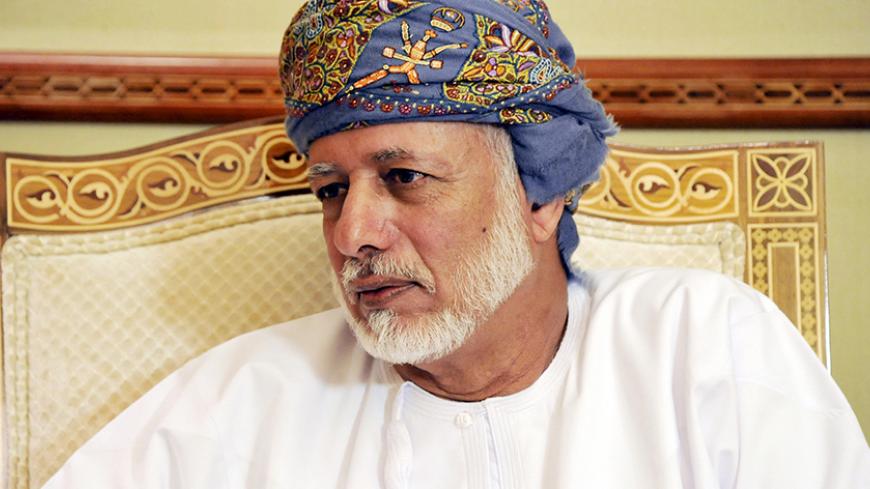 Moallem met Aug. 6 with his Omani counterpart, Yusuf bin Alawi in Muscat, Oman, to discuss “constructive efforts” aimed at ending the Syrian crisis. Syria’s state-run news agency reported the two diplomats “agreed to continue cooperation and coordination to achieve the shared goals of their peoples and governments.” Moallem’s visit, which came at Muscat’s invitation, marked his first trip to a Gulf Cooperation Council (GCC) state since the Syrian conflict erupted in 2011.

As early as 2011, Omani leader Sultan Qaboos bin Said hosted American and Iranian officials for talks, which laid the groundwork for last month’s historic nuclear agreement. Since the six world powers and Tehran signed the deal, numerous actors have signaled greater interest in pursuing diplomatic steps to resolve the Syrian crisis and in working together to counter the Islamic State (IS).

Although the Syrian crisis began as a popular uprising against an autocratic regime in Damascus, the conflict quickly took on a sectarian nature, with virtually all of the victims of the regime’s brutality being Sunni and the country’s religious minorities strongly backing Syrian President Bashar al-Assad. The role of outside actors further accentuated the Middle East’s geopolitical, ideological and sectarian fault lines as Sunni Gulf Arab sheikhdoms and Turkey backed the rebels, and Iran, Iraq and regional Shiite actors supported the regime. Oman — being neither Sunni nor Shiite majority, but instead Ibadi majority — had no interest in taking sides in this conflict. In October 2012, Alawi told both the regime and the Syrian National Council that “they need to re-examine their opinions, because killing, destroying and displacing Syrian civilians [is] unacceptable” and that Oman’s role in Syria’s conflict would be limited to providing humanitarian assistance and not arming groups — in contrast to other GCC members.

Qaboos, as a trusted mediator, has also used Oman’s diplomatic leverage to facilitate reconciliation talks between Iran and Egypt, as well as those between Iran, Saudi Arabia and the United Kingdom. Muscat helped release American hikers and British sailors held in Iran, and Westerners held by armed groups in Yemen. In May, Oman hosted negotiations between US officials and representatives of Yemen’s Houthi insurgents in an effort to facilitate talks about implementing a cease-fire and political settlement in Yemen, where Oman was the only Gulf Arab nation to sit out Saudi Arabia’s ongoing military campaign.

At the heart of this foreign policy strategy, in which Oman serves as a diplomatic bridge between Iran on one side and the Sunni Arab states (and their Western allies) on the other, is Muscat’s perception of Iran.

Although other GCC states point to Iran as the gravest threat to their own stability, accusing Tehran of fueling sectarian unrest in the Persian Gulf Arab monarchies, Oman sees Iran as far less of a threat and believes it is best to deal with problems in Arab-Iranian relations within the framework of a more open and cooperative relationship. As one official in Muscat put it, “Breaking diplomatic relations [with Iran] is not an effective way of dealing with present problems, especially for those states bound by strong ties of faith, proximity, and common interest.”

It was no surprise that Moallem’s first visit to the GCC in over four years would be to Oman, the Gulf Arab monarchy on the best terms with Syria’s main regional ally, Iran. Indeed, having maintained diplomatic relations with Damascus throughout the Syrian crisis (despite voting to suspend Syria from the Arab League in November 2011), Oman has positioned itself as the Gulf nation most capable of securing the trust of opposing sides in the Syrian crisis.

Despite Oman’s unique hand of cards, countless factors diminish the prospects for Muscat to succeed in restoring peace and security to Syria where the UN Security Council has thus far failed.

As a peace negotiator, Oman will have to address the perennial question of Assad’s future in Syria. While Western powers and Saudi Arabia call for the Syrian president’s exclusion from any political transition, Russia, China and Iran have demanded that the Syrian people be the ones to make such a call. Unquestionably, for Oman to meaningfully help the Syrian people transition to a post-IS Syria, officials in Muscat will have to work with a host of armed and unarmed groups in Syria to address the role of Assad (and his extended family and network) in any future transition government.

Given the outside actors’ geopolitical stakes, Oman’s task of convincing the United States, Turkey, Saudi Arabia and Qatar on one side, and Russia, China and Iran on the other, to lend their support to the same peace initiative — regardless of how it addresses Assad’s role in a political transition — will not be easy. Oman’s success in Syria will largely depend on the extent to which global and regional actors sacrifice narrow strategic pursuits in order to advance the globally recognized interest in defeating IS, which has the most to gain from a continuation of the Syrian civil war.

In light of the daily headlines out of Syria, an optimistic outlook on the prospects for a negotiated settlement to the conflict could be easily dismissed as naive. It is important to note, however, that only several years ago, Washington's and Tehran’s war games in the Persian Gulf left many analysts nervous about a potential war over Iran’s nuclear program. Yet Oman’s diplomatic initiatives played a pivotal role in averting that war.

By inviting Syria’s foreign minister to Muscat, Oman has signaled its interest in contributing to the resolution of Syria’s civil war and the defeat of IS. The Iranian nuclear agreement has been reached, and the Middle East’s fluid geopolitical order presents an opportunity for different sides to explore diplomatic avenues for a resolution to the conflict between Assad and his enemies. Oman is determined to play a quiet yet highly influential role in that process.