The sultan of Oman's health crisis will have implications for the Gulf nation and its unique foreign policy. 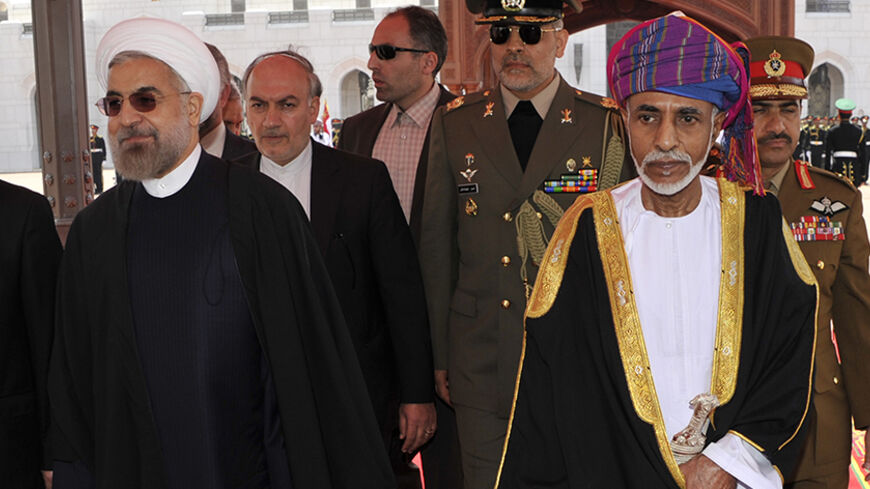 Even as many Arab states have succumbed to sectarian violence and political tumult, the Sultanate of Oman has stood out as a beacon of tranquility and tolerance. Oman’s stability is largely attributed to the popularity of its leader, Sultan Qaboos bin Said Al Said.

When Qaboos seized power in 1970, Oman was an isolated and impoverished state beset by a Marxist insurgency. Yet, over the course of his 44-year reign, Qaboos has been credited with using Oman’s oil wealth to transform his nation into a rich country with a vibrant tourism industry and a high standard of living. Under Qaboos’ stewardship, Oman has also conducted an independent foreign policy that serves a unique role in the region.

However, sustaining such stability after Qaboos’ reign inevitably ends may prove challenging. Qaboos has no male siblings or children, and he is the world’s only absolute monarch without an officially designated heir to the throne. Therefore, much uncertainty surrounds Oman’s future.

For years, experts have warned of a potential succession crisis should Qaboos die. A power vacuum in Muscat could fuel an internecine struggle among members of the royal family, the military, various tribes and the economic elite if no consensus is reached about who will inherit the throne. As nearly all political authority in Oman rests in Qaboos’ hands, the lack of a strong No. 2 man in Oman’s government fuels speculation that any potential successor will lack the legitimacy to fill Qaboos’ shoes.

Now that Qaboos, 73, has been undergoing “medical tests” in Germany since July 10, concerns that he may be terminally ill are rising. Oman’s government claims that the sultan is in “good health,” despite a diplomatic source in Muscat saying that Qaboos has colon cancer. In August, a Lebanese daily reported that the cancer had spread, leaving Qaboos unable to independently move his body for a span of seven months. When Qaboos missed the Eid holiday in early October, suspicions were further stoked that the sultan’s health condition was indeed serious.

Qaboos, the GCC and Iran

Under Qaboos’ rule, Oman has frequently aligned with the Gulf Cooperation Council (GCC) on a host of regional issues, ranging from Bahrain to Yemen. However, Oman’s warm relationship with Iran is truly unique within the council. Oman, which of all the GCC states is least critical of Tehran, has a cooperative relationship with Iran. In August 2010, the two governments signed a security pact and have recently developed the Hengham oil field in the Persian Gulf with an estimated value of $450 million.

Over the years, Muscat’s independent approach to dealing with Iran has effectively diminished Riyadh’s leverage over the smaller GCC monarchies and undermined Western efforts to isolate Iran internationally. It has also ensured Oman’s geopolitical independence from its dominant neighbor Saudi Arabia — a key pillar of Muscat’s foreign policy.

Part of the reason is sectarian. The majority of Omanis practice Ibadi Islam, a strain of the faith distinct from both the Sunni and Shiite sects. Many in the sultanate fear Saudi Arabia’s quest for dominance in the council given the Saudi religious establishment’s intolerant views of Ibadis, who are often described as “heretics” by hard-line Wahhabi clerics in the conservative Sunni kingdom. Whereas Sunni-led GCC states have, to various degrees, backed Sunni militants fighting Shiite governments and nonstate actors in Syria’s civil war and beyond, Oman has largely eschewed such a sectarian agenda.

Energy demands also shape Oman’s relationship with Iran. With substantially less resource wealth than some of its neighbors, Oman’s natural energy resources are expected to deplete before those of other GCC states. So, nearby Iran — and by extension gas-rich Central Asian states — will likely play an increasingly important role in Oman’s energy landscape. Iranian President Hassan Rouhani’s first trip to the GCC was to Oman, where the Omani and Iranian governments signed a $1 billion deal to construct a natural gas pipeline to connect Iran’s Hormuzgan province with Sohar, Oman earlier this year. Iranian gas is expected to begin flowing into Oman by 2017, according to Omani officials.

As the GCC state situated closest to Iran, Muscat has a strong incentive to defuse tensions between Iran, the West and Western GCC allies. As Oman and Iran jointly share ownership of the Strait of Hormuz — through which one-fifth of global crude oil passes — Oman’s government views the prospects of a military confrontation between the United States and Iran as a major geopolitical and economic risk.

To diminish this risk, Qaboos’ government has sought to position Oman as a diplomatic bridge between Tehran and the Western-GCC alliance. This was most recently underscored by Qaboos’ mediation of the talks between American and Iranian diplomats that led to the nuclear interim agreement between Iran and the five permanent UN Security Council members and Germany (P5+1) in November 2013.

While some critics in the GCC have accused Qaboos of undermining the Gulf Arab states’ unity against Iran (the primary reason the council was established in 1981), it does not appear that Muscat’s partnership with Tehran has actually undermined Oman’s good standing in the GCC. To this end, Oman’s security cooperation with the Saudis against extremist forces in Yemen has helped Oman maintain good relations with Riyadh despite Muscat’s outreach to Tehran.

Former US Ambassador to Oman Gary Grappo maintains that Oman’s “cautious but successful diplomatic outreach to Iran” has created a merely “nettlesome internal dynamic” within the GCC, rather than constituting a major source of tension. Indeed, when Iran and the P5+1 reached the interim nuclear deal in 2013, most GCC states officially welcomed the development.

Under the leadership of Qaboos, Oman has established itself as a longtime US and UK ally, a member of the GCC in good standing and Iran’s closest partner in a council dominated by its rival. At the same time, like the other GCC members, Oman has drastically deepened its economic relations with Asian powers, including China, India and Pakistan.

This foreign policy of maintaining friendly ties with virtually all influential actors in the region — and skillfully balancing their conflicting interests against one another — has served Oman’s interests well. Given that these interests will outlive Qaboos, there is little reason to expect Oman’s next ruler to drastically realign Omani foreign policy — whatever internal tumult may otherwise ensue.

Nonetheless, if a succession crisis fuels instability across Oman, the government will likely have to channel more resources into addressing domestic unrest and rein in its active role on the international stage. Such circumstances could exacerbate a number of geopolitical risks in the region. The Saudis in particular are concerned that Oman could become — like Yemen — another haven for extremist forces along their southern border.

Rather than seeking to influence the outcome of Oman’s succession process, most outside actors will have to accept that Oman’s political future will be largely out of their control. Nonetheless, with such high stakes for Oman’s unique internal stability and international role, much depends on what follows the inevitable end of Qaboos’ reign.