Israel is unprepared for the possibility of PA President Mahmoud Abbas quitting his post, especially considering that his most likely heir is Marwan Barghouti, presently serving a life sentence in an Israeli prison. 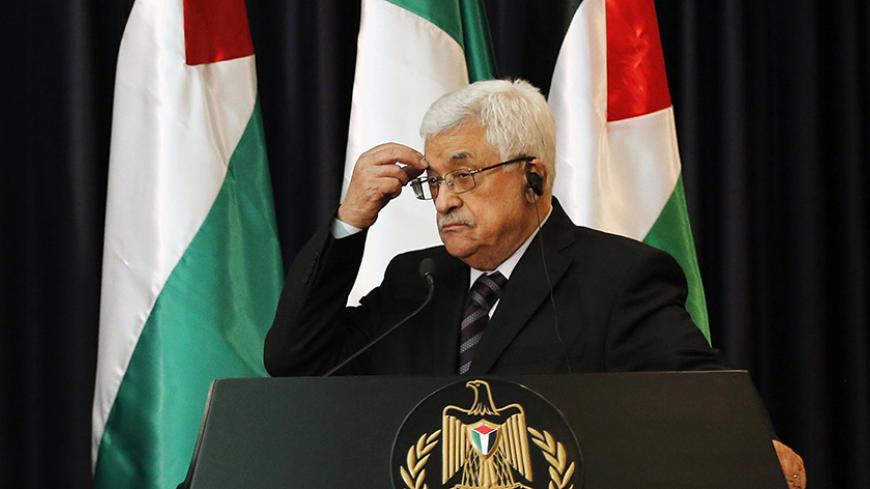 A wave of rumors and news reports has swept Israel and its environs regarding the possible imminent resignation of Palestinian President Mahmoud Abbas. Palestinian Authority (PA) officials and associates of Abbas vehemently deny the rumor, saying that this is yet another stage in the psychological war being waged by Israel against the president. The word in Israel is that these news tidbits are being disseminated by Abbas’ adversaries from within, and there are plenty of those. It is important to remember that this may be simply more of the same: News of the imminent departure of the PA’s chairman has been bandied about in the past, and there were even times when Abbas himself leaked information and fueled the whispers. Yet the furor has always ended with him remaining in the PA headquarters in Ramallah, alive and kicking.

This time, it seems, the stories have more substance. Until recently, when senior officials of the Israeli defense establishment were asked about Abbas’ imminent resignation, they answered with a resounding no. But this has been changing over recent weeks. A very highly placed Israeli security source told Al-Monitor last week on condition of anonymity, “This time, the news tidbits about an anticipated resignation are more substantiated than in the past. They are also backed by intelligence evidence. Abbas has many reasons to resign. He also has reasons to remain. We get the impression that this time it’s more serious, though I wouldn’t commit myself yet.”

Another Israeli source, a veteran member of the defense establishment, echoed this opinion on condition of anonymity. “This time, all the indications point to the real possibility of Abbas actually stepping down. He has no diplomatic horizon, things aren’t progressing at all and the Palestinians have lost international attention and awareness. Abbas is over 80 years old and he’s starting to get sick and tired of it all. He is deliberating about giving notice, but has not yet made his final decision. We shouldn’t reject the possibility out of hand that he’ll actually do it at the end of the year. Nevertheless, as we have already learned, you can’t predict anything in the Middle East, not even a week in advance.”

The sources quoted here are part of the Defense Ministry apparatus with all its various branches and intelligence organizations. Within the Israel Defense Forces (IDF), the outlook is different. Brig. Gen. Tamir Yadai, commander of the IDF’s Judea and Samaria Brigade, said something very different last week in a briefing to the press: “Our assessment is that President Mahmoud Abbas will remain in his post.”

These differences of opinion between the IDF and other defense sources regarding Abbas are deeper and more substantive that it seems from the outside. Also, the overall appraisal of Abbas varies among the various sources. The IDF continues to extol Abbas’ contribution to the war against terror, his uncompromising position against terror and the PA’s security cooperation with Israel to avert terror. But the Israeli political system, mainly the right, continues to defame Abbas on an almost daily basis. The reason: the continued, ongoing incitement against Israel and the Jews in the educational system and media in the territories and Abbas’ continued diplomatic recalcitrance, according to right-wing representatives in Israel.

Both sides have a valid case. Yes, harsh incitement against Israel continues in the PA. Abbas does, indeed, pay salaries to murderous terrorists, and streets and squares in the territories are named after murderers of civilians, women and children. Nevertheless, in the IDF they emphasize that Abbas is working under certain political constraints, that he has an audience and a political base. That is their language and mentality, and at the moment, there’s no chance of things changing. The IDF prefers to focus on deeds and not words, and as far as acts are concerned, Abbas is unequivocally clear: So long as he rules the West Bank, there is no intifada in the cards. There will be no chaos, and no anarchy will break out. He sometimes speaks out against terror in a way that no Palestinian or Arab leader has ever done before.

One way or the other, the more time that elapses, the closer the Palestinian leader’s eventual resignation approaches. As strange as this may sound, Israel is not planning or preparing for the “day after.” Israel has no contingency plans and is not contemplating the possible scenarios of such an event.

Last October, then-Finance Minister Yair Lapid asked to conduct a discussion in the Cabinet about the “day after” Abbas. Prime Minister Benjamin Netanyahu promised one, but did not follow through. Such deliberations were never held in the Israeli Cabinet. Even the Knesset’s Foreign Affairs and Defense Committee, the supreme regulator of the security services, never held any kind of discussions on the subject.

“It is beginning to remind me of Hamas’ booby-trapped tunnels,” a security source told Al-Monitor this week on condition of anonymity. “Everyone knows that that is what will happen eventually, but no one is planning anything, sounding warnings, initiating a discussion or preparations for such an event.”

There’s more: Opinion polls in the territories clearly point, with near certainty, to the identity of Abbas’ successor — according to the popularity index, it will be Marwan Barghouti, sentenced to consecutive life sentences in an Israeli prison after being caught masterminding terrorist acts that led to the murder of numerous Israelis in the course of the second intifada. “He leads in the polls with a large margin over all the others,” a member of the Knesset’s Foreign Affairs and Defense Committee told Al-Monitor this week, speaking on the condition of anonymity. “It is worth our while to be ready for such a scenario.”

He was talking about the following nightmare scene: Abbas announces his resignation, elections take place in the West Bank and the new PA chairman, elected by a wide margin, is none other than a prisoner serving multiple life sentences in the Israeli prison system.

“There are no intentions of freeing him, ever,” Defense Minister Moshe Ya’alon apparently said when Barghouti’s name was brought up, according to an Israeli security official who spoke to Al-Monitor on condition of anonymity. The conclusion is that Israel may find itself, in the not too distant future, in a Nelson Mandela-type situation: a Palestinian leader elected by a large majority who enjoys widespread international support and is sitting in an Israeli prison. How can Israel extricate itself from this mess?

“We are talking about a PR, media and public snowball that can bury us all,” said the Foreign Affairs and Defense Committee member. “We might find ourselves in the heart of a global tempest without any control over the situation. Yet no one is thinking about it or planning for it or preparing contingency plans.”