Desperate Hamas has changed its strategy and is now increasing its involvement in planning terror attacks against Israelis in the West Bank. 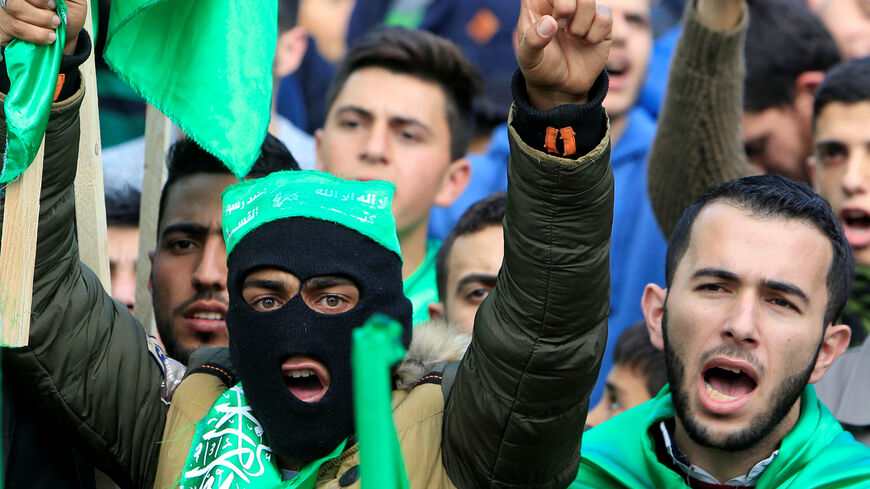 Numerous troops from the Israel Defense Forces (IDF) and the police counterterrorism unit raided Jenin overnight on Jan. 17 with the aim of catching the terror cell that murdered Rabbi Raziel Shevach, a resident of the West Bank outpost Havat Gilad, on Jan. 9. The police force surrounded the house where one of the terrorists, Ahmed Jarrar, a Hamas operative, was thought to be hiding. Jarrar’s father, Nasser Jarrar, was a senior member of Hamas’ military arm in the West Bank and was killed by the IDF during the second intifada in 2002.

About 24 hours after the operation, it turned out that Jarrar escaped unscathed. However, the information that reached the Shin Bet about the perpetrators of the attack was quite focused. Thus, it seems that security cooperation between Israel and the Palestinian Authority (PA) continues. The investigation of the attack proceeded after a burned vehicle, which was thought to have been used by the terror cell, was discovered in the Jenin area in territory under Palestinian security responsibility, which led to the identification of the cell.

In response to the IDF’s action in Jenin, Hamas harshly attacked the PA’s security cooperation with Israel. Sami Abu Zohri, Hamas' veteran spokesman in Gaza, called it "the criminal security cooperation" and "the Jenin cell," promising that attacks against Israel will continue.

Adnan al-Damiri, the spokesman of the Palestinian security forces, told Al-Monitor that Israel’s location of the cell was not the result of security cooperation and that “cooperation has ceased.”

Hamas’ announcement, which can be interpreted as its taking responsibility for the attack, attests to a new strategy on the part of Hamas. Until now, the leaders of the movement made an effort to blur, as much as possible, their direct involvement in attacks for fear of “their fingerprints” leading to a violent conflict with Israel and even to their elimination at a time when Hamas is struggling to maintain its control of the Gaza Strip.

In this same way, and with clear strategic thinking, Hamas’ military arm also chose to sit on the fence during the wave of terror that broke out in October 2015. That wave of terror was sparked following the murder of Eitam and Naama Henkin close to the Itamar settlement. From the testimony of the five terror cell members who were arrested less than a week after the incident, it seemed that although they were Hamas operatives they planned a series of shooting attacks that were organized locally as revenge for the murder of the Dawabsha family in Duma. Hamas as an organization did not take responsibility for that attack, and it did not take an active part in the uprising that lasted more than a year and became known as the “individual intifada.”

The head of Hamas’ political bureau, Ismail Haniyeh, encouraged Palestinians in the West Bank to join an armed intifada to liberate Jerusalem during the Temple Mount uprising and controversy over the use of the metal detectors placed near the compound by Israel in July 2017, and also during the violent altercations following US President Donald Trump’s Jerusalem declaration in December. Still, on the operative level, Hamas observed events from a distance. Actually, from Operation Protective Edge in the summer of 2014 until recently, the demonstrations in the West Bank were mostly organized by Fatah’s Tanzim forces. Hamas chose not to take an active role — not in leading the demonstrations, not in conflicts with the IDF and not in planning attacks (at least not overtly). As noted, it has not taken responsibility for any attacks. So why has it changed direction now?

Zohri’s threats to send “more cells like the Jenin cell” were meant to reach the Palestinian street. His threats express Hamas’ new strategy in light of its understanding that reconciliation with Fatah does not appear to be on the horizon now.

If in the past Hamas tried to blur any involvement in the field, it seems that now, following the crisis with the PA, the movement has nothing to lose. Its leaders are interested in embarrassing the PA, Fatah and mainly the main opponent to reconciliation, Palestinian President Mahmoud Abbas, who on the one hand claims to have retreated from the Oslo Accord but at the same time continues security cooperation with Israel, according to Hamas.

In light of the uncertainty regarding the future of reconciliation and Hamas’ ability to survive the worst crisis since its founding, movement leaders will fight for public opinion and will present their way — the way of armed struggle — as more effective and promising than Abbas’ diplomatic approach, which has failed.

Hamas’ military arm has a broad infrastructure of attackers throughout the West Bank. It has not been active until now, and its operatives have waited for a green light from leaders of the military arm in Gaza and abroad. Recently it was reported on the Ynet website that the man directing the West Bank infrastructure is Maher Obeid, who replaced Saleh al-Arouri after he was appointed deputy Hamas political bureau head.

A Palestinian security source did not know whether this information could be verified, but he admitted in a conversation with Al-Monitor on condition of anonymity that in the current public climate, the Palestinian security forces would find it difficult to arrest activists “opposing the occupation” for fear of it being seen as cooperating with Israel. According to him, Hamas has identified the “will of the people” for an armed intifada after the way of peace has failed, and in his view, this is the essence of the problem.