Israeli architects formed a nonprofit association to promote Brutalist architecture in Israel and have submitted a request to UNESCO to recognize Beersheba as a World Heritage Site, representing this particular movement in architecture. 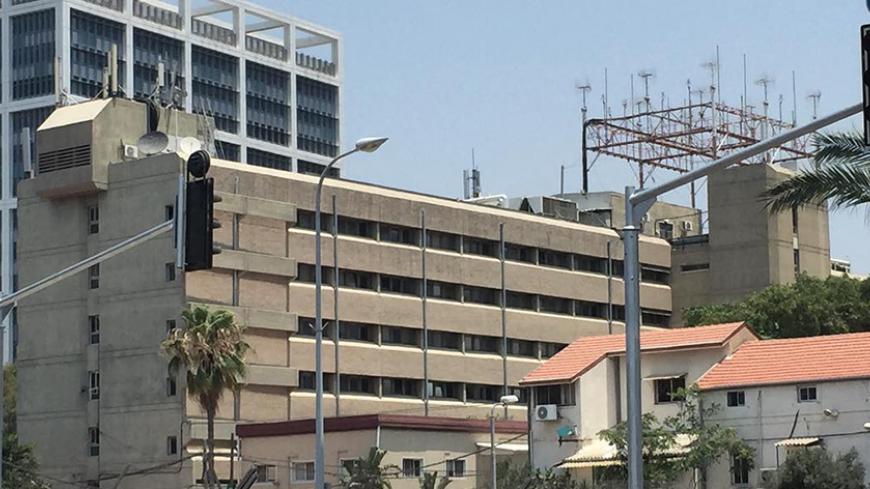 The data processing center in the Kirya military district of Tel Aviv, built in the 1970s, is an example of Brutalist architecture, 2015. - FACEBOOK/Israel Architecture Archive IAA

At first glance, the Orot Cinema building in Beersheba (the largest city in southern Israel, in the Negev Desert) doesn’t look like an architectural treasure. It is an abandoned, dilapidated structure, and visitors have to clear a path through thorns and rubbish just to get to it, only to find that the entrance is blocked. For the most part, a glimpse inside reveals a building in ruins, filled with even more trash. But architects Omri Oz-Amar and Hadas Shadar see beyond that. They contend that the Orot Cinema represents a rare Israeli architectural legacy that should be fostered and preserved. To that end, they formed the Association to Promote the Brutalist Architectural Legacy in Israel. Last January, the association submitted an official request to UNESCO, asking that it recognize Beersheba as a World Heritage Site, representing the Brutalist architectural movement.

Brutalism first emerged after World War II. It reached Israel in the late 1950s. The guiding principle is the prominent use of exposed concrete. The underlying intention was to create efficient, exposed buildings featuring clean straight lines.

“Brutalism is an ethic,” Oz-Amar told Al-Monitor, “and this ethic refers to the building’s exposure. Something about the building’s purpose or functioning was prominently exposed. In Israel, this was expressed through the different ways movement flows through the building.”

This can be seen during a Brutalist architectural tour of Beersheba. The Brutalist approach to motion is seen in even a quick perusal of buildings on the campus of the local Ben Gurion University. Impressive architectural maneuvers make it easy to discern from the outside where there are stairwells or corridors in the buildings, even if they are not exterior. Standing in the outer courtyards, it is actually possible to follow the buildings’ lines to see where students sit in the lecture halls and where the lecturer stands.

But what makes this movement unique in Israel is even more impressive. The style made extensive use of concrete, which was considered a local material produced through Israeli technological progress and ingenuity. And concrete also represented the rough exterior of the native Israeli. A main element of the Israeli version of Brutalism was the way it was adapted to the local climate. With Beersheba situated in the Negev Desert, the architects made a point of playing with light and shadows to prevent direct sunlight from entering the buildings. They created covered “wind passages,” which provided a relatively cool shelter, even on hot summer days. Oz-Amar waxes poetically about how the porousness of the concrete absorbs the desert dust, creating a unique new color, “which is neither gray nor ochre.”

Shadar explains, “Brutalism is our official architecture, since the group to order the most buildings in this style was the State, when it still did a lot of building. We were lucky, because the exposed materials and sculpted shapes aren’t especially popular among the general public. If those architects had to sell their wares in the private market, they would have designed the buildings differently. In this case, however, they could design them based upon the dictates of their conscience. Furthermore, in the periphery, Brutalist is wilder and more plastic, since the architects, who were mainly from Tel Aviv, let themselves go crazy here.”

Oz-Amar agrees that one of the main reasons Brutalism was able to flourish in Beersheba was its distance from the center of the country. “Beersheba was considered the capital of architectural experimentation,” he explained. “There was plenty of empty space and a building boom. The State poured money into it, and the architects were given the freedom to do what they wanted.” They took advantage of that. On the other hand, it is hard to imagine a contractor agreeing with the design principles of Brutalism, which resulted, for example, in the Quarter-Kilometer Block, a four-story building, 250 meters (273 yards) long, designed by architects Amnon Alexandroni and Avraham Yaski (1960). As a residential project, it was an absolute failure.

As far as Oz-Amar is concerned, it is not just the aesthetic that is important. “These buildings are a treasure, a legacy. Imagine going to Florence. You see buildings there that are hundreds of years old. They are the architectural legacy of the site. You don’t have to like them. They are perhaps kitschy and overly adorned. Still, they are the city’s legacy and a window into a particular historic period. The same is true of Brutalism in Beersheba. You don’t have to like the style, but it represents a very specific and important period. You have to create innovative urban renewal processes that cause people to see these buildings differently.”

Oz-Amar and Shadar are both very active promoting the idea that Beersheba is the “Israeli capital of Brutalism.” They organized a conference on the topic and arrange regular tours for local residents, who are startled to discover the importance of the dismal buildings that they see every day. The highlights of these tours include the Sample Neighborhood, which is a neighborhood modeled on a Middle Eastern casbah (a citadel or fortress Muslim town, with crowded allies), with homes connected to one another in a sophisticated way to create a more a intimate community; the Center of the Negev Building, which was supposed to be a covered street, with businesses on the first floor, offices above them and private residences on the top floor, but which now suffers from neglect; and the Babylonian Community Synagogue, with a facade that looks like a tent and resembles a Star of David from above.

“Many of the people participating in these tours are natives of Beersheba,” said Oz-Amar, “and they become very emotional about them. This is where they spent their childhood. They start telling stories about growing up here, like how they saw their first movie in the Orot Cinema. Everyone who lives in Beersheba knows these buildings, but it is only when they go on a tour that they realize how incredible they are. Making people look at their city in a different way is the realization of a dream. It’s the greatest thing an architect can hope for.”

Oz-Amar and Shadar presented UNESCO with a thick file, detailing 27 buildings that are icons of pure Brutalism and are of historical value relating to the Israeli or local narrative. Their model, of course, is Tel Aviv’s White City, which includes thousands of architectural gems in the International Style (inspired by European 1920s and 1930s architecture, mainly the Bauhaus school). Ever since it was recognized as a World Heritage Site in 2003, the city saw a vast wave of renovation and preservation and has since become a focus of international tourism.

“Right now, the Beersheba file is in very preliminary stages of investigation, but we are ready for a long process,” said Oz-Amar. The main argument that the two of them have brought before UNESCO is that this is about a cultural landscape. There is a concentration of high-quality buildings — in architectural terms — in a single place, where they express how the Israeli desert experience was translated into an international architectural ethic.

Oz-Amar recalled, “The [Tel Aviv] White City also looked terrible before it was explained to the public, for people to understand this architectural ensemble. People thought that these were ugly old buildings. Preservation for its own sake isn’t interesting. What is interesting is creating a new perspective and fostering urban renewal.”

Given how dilapidated the Beersheba buildings are and how they’ve come to be a symbol of the general neglect suffered by Israel’s periphery, it seems as if the residents of Beersheba really need this recognition.