Behind closed doors, Prime Minister Benjamin Netanyahu concedes that he can't muster the required congressional majority to override a presidential veto on the Iranian nuclear deal and is therefore aiming for a "resounding moral majority." 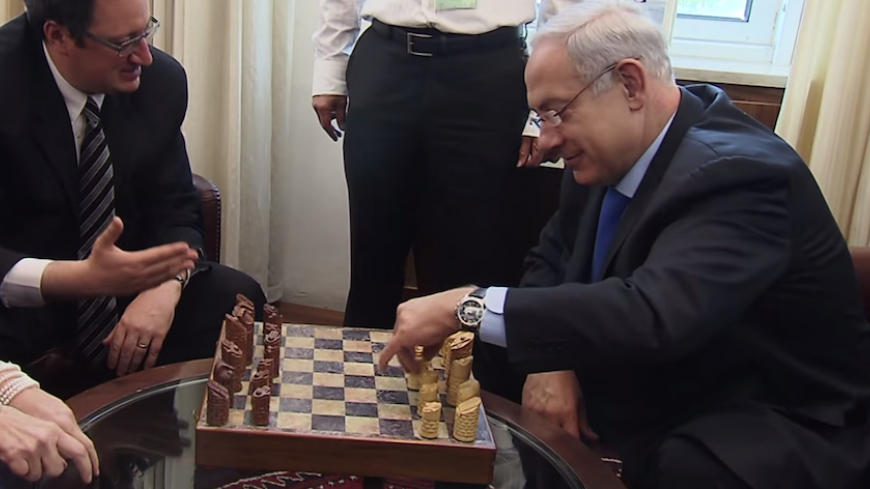 As the clock ticks down on the 60-day deadline allotted to the US Congress to review the nuclear agreement between world powers and Iran, presented to them on July 19, think tanks and media outlets in Israel and the United States are closely following the distribution of votes between proponents and opponents of the agreement. Those opposing it are currently an assured simple majority in Congress. The Republicans control both the Senate and the House of Representatives. They all oppose the deal, and some Democrats have joined them. The seemingly unresolved issue is whether Israeli Prime Minister Benjamin Netanyahu will manage to win over a sufficient number of senators and representatives to muster a two-thirds majority in each house. Such a majority is constitutionally required to overcome a presidential veto, which President Barack Obama has pledged to use following the expected “no” vote by a simple majority.

That said, at the epicenter of the campaign against the agreement, Netanyahu’s office in Jerusalem, there is a growing realization that the prospects of garnering such a majority to overcome a presidential veto are nil. In fact, in the words of a senior official who asked that his name be withheld, “It’s inconceivable.” Despite this assessment, the official told Al-Monitor, the prime minister does not intend to ease the pressure on Congress. He wants to enlist the support of as many opponents to the deal as possible to obtain what he calls a “resounding moral majority,” even if it's not a “veto overruling majority.” According to the source, Netanyahu argues that this same moral majority is supposed to represent the broad opposition to the agreement among the American public, which according to recent poll results encompasses nearly two-thirds of US citizens.

According to a poll by Fox News, identified with the political right wing, 58% of respondents said they would reject the nuclear agreement with Iran if they were asked to vote on it in Congress, 31% said they would support it, and 10% said they didn’t know. The results of a Gallup poll were similar: 33% think Obama negotiated a good agreement, while 55% are dissatisfied with the way he handled himself vis-à-vis Iran.

Netanyahu stresses in conversations that the opposition in both houses of Congress is growing, and he is following American public opinion in his decision to persist. The moral validation for the battle he is waging against the president of the United States stems from his belief that Americans are concerned that the agreement increases the Iranian threat to the United States itself, not from an existential threat to the State of Israel. Netanyahu also stresses that unlike the Jewish public in the United States, the general public is no longer divided in its negative view of the “bad agreement” Obama signed.

Netanyahu believes that in the long run, the greater the majority in Congress against the agreement, the less the damage to the US-Israeli relationship. The clearer and more obvious the congressional opposition, the greater the legitimacy Israel will enjoy when it points to Iranian violations of the agreement, which the Israeli prime minister has absolutely no doubt will be revealed from the start. In that case, Israel will demand a quick and decisive response.

To ensure as large a majority as possible, Netanyahu is also spurning all attempts by the US administration to promote a defensive compensation package designed to safeguard Israel’s security. He regards American entreaties to enter into such negotiations at this point a honey trap. He fears that if trapped, he will hand Obama a significant achievement that the president can flaunt in the face of congressional opponents to the deal and, perhaps by so doing, manage to win some opponents over to his side. Under such circumstances, Israel will be portrayed as treating the agreement like a done deal.

As he wages a political war in the United States, the prime minister has no intention of compromising on defense issues and is definitely preparing for the day when he presents the administration with an itemized, full-price invoice. This will only happen when he deems it appropriate. Agreement now over defense compensation, even discussions in principle on the issue, will weaken Israel’s position and will result, in Netanyahu’s view, in an erosion of the intensity of congressional opposition.

On this issue, he is in complete sync with Defense Minister Moshe “Bogie” Ya'alon. In all the talks Ya'alon has been holding with US defense and foreign affairs officials, he, too, underlines that the Israeli government intends to hold detailed discussions regarding compensation, but only after the final vote in Congress. That is what the defense minister told US Defense Secretary Ashton Carter on his visit to Israel July 20.

Netanyahu is not deterred by the long list of counterarguments that are being thrown at him these days, including the following: Why is Israel endangering its strategic relationship with the United States when Netanyahu knows he doesn't stand a chance at overcoming a presidential veto? What is the long-term impact of his campaign on American Jewry? What price will Israel be forced to pay if a Democratic president wins the November 2016 elections?

“I don’t play checkers, I play chess!” Netanyahu said in response to such questions, according to the source. He views his moves in Congress not just as a strategic-diplomatic campaign, but as a personal mission thrust upon him by the historic circumstances in which he finds himself. As far as he is concerned, all means are justified. He contemptuously waves away all the arguments directed against his approach to this issue. He regards them as reflecting the worldview of people who play checkers.