In an interview with Al-Monitor, former Cabinet secretary Zvi Hauser argues that if and when the Assad regime falls in Syria, Israel should support self-rule by the local Druze population. 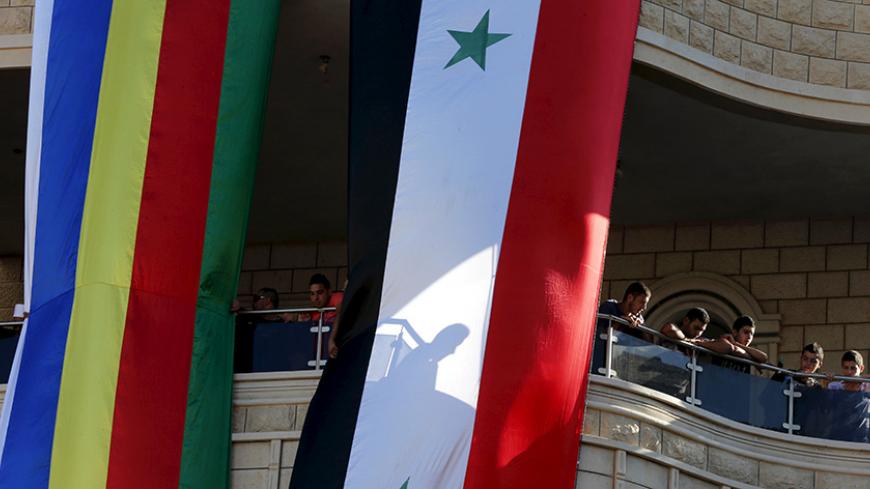 Members of the Druze community stand behind Syrian (R) and Druze flags during a protest in the Druze village of Majdal Shams on the Golan Heights, June 15, 2015. - REUTERS/Ammar Awad 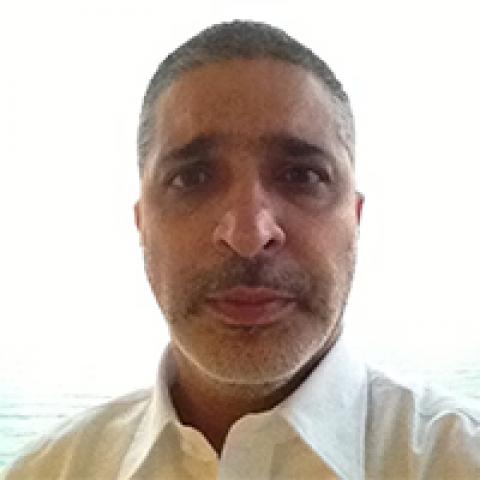 The increasing number of clashes between forces opposed to Syrian President Bashar al-Assad and the Druze in southern Syria have raised an unprecedented public discussion in Israel about the policy it should adopt toward this crisis.

Zvi Hauser, Israeli secretary to the Cabinet from 2009 to 2013, was for years privy to high-level security consultations within the government, including on the Syrian issue. While Cabinet secretary, Hauser also served as secretary to the restricted ministerial forum, the diplomatic-security cabinet. Working currently as a lawyer in the private sector, Hauser is viewed by many as a public-political figure and is considered close to Prime Minister Benjamin Netanyahu. In an interview with Al-Monitor, he spoke of some of the steps needed, in his opinion, to restore stability to the region to halt the expansion of jihadi elements. According to Hauser, the most important measures at this point are for the United States and the rest of the West to recognize Israel's annexation of the Golan Heights and to advance the establishment of an independent Druze entity in Syria.

Al-Monitor:  How do you view the recent developments in southern Syria?

Hauser:  There is a new reality in the Middle East whose full outlines we are only gradually coming to glimpse. In this new reality, the existence of borders, and even states, that were taken for granted for a century, since the Sykes-Picot agreement and the end of World War I, is now seriously put into question.

Al-Monitor:  What is this “new reality”?

Hauser:  Obviously, several aspects of this new reality are still in flux, and the consequences of it are yet to manifest themselves fully. But what is already evident, for example, is that the decades-old familiar reality in countries like Iraq and Syria is gone forever. Regime changes, the emergence of powerful religiously and tribally based factions, large-scale displacement of populations, de facto changes to existing borders and the crystallizing of ethnically based autonomous zones — be it within parts of one state or, as is the case with the Kurds, straddling old borders between states — are only some of the elements composing this new reality.

Al-Monitor:  What does this entail for Israel?

Hauser:  Israel cannot remain oblivious to these great changes on its doorstep, which are introducing significant new challenges as well as new opportunities. The conflicts now underway among our neighbors were not initiated or in any way encouraged by Israel, but at this point the actions and reactions on the ground have set in motion all kinds of processes, some of which might turn out quite detrimental for Israel, others potentially beneficial. Some of the more dangerous ones are the rise on our borders of a Sunni-jihadist mega-state encompassing much of Iraq, Syria and Lebanon or a Shiite-Hezbollah “crescent” in much of the same space, controlled directly from Iran. On the other hand, the establishment of new political entities, based on populations that have no doctrinal or historical grudge against the Jewish state, nor against the West more generally, like the Kurds, the Druze, the Christians and even the Alawites, would obviously be quite beneficial for Israel as well as for the US.

Al-Monitor:  What can Israel do in such a situation?

Hauser:  Whatever we do, we should go about it very carefully. The possible theoretical range of Israeli responses to the situation can run from, on the one hand, remaining completely passive by making ourselves into a closed “fortress Israel,” keeping everyone out and abstaining from any involvement, to on the other hand, direct political and military intervention, with boots on the ground where we would see fit. Every option has its benefits and drawbacks, which we should weigh carefully.

Al-Monitor:  Whom did Israel choose to assist?

Hauser:  At the moment, Israel has opted for a humanitarian, passive approach, giving emergency medical care to wounded Syrians who arrive at our borders, even hospitalizing within Israel the more severe cases. However, we abstained from extending even such limited humanitarian aid to those farther from our borders, such as when Christian and Yazidi communities were being massacred by the jihadis. Now the increasing likelihood of a jihadi attempt to massacre the Druze communities just north and east of our Golan borders presents us with a stark choice — assist the Druze and prevent the massacre or just stand by and watch the bloodbath, while waiting for those survivors from the massacres who make it to our borders.

Al-Monitor:  Will an intervention entail the danger of Israel becoming embroiled in the Syrian quagmire?

Hauser:  It certainly would, but so does a passive approach that allows Iranian militias or Islamic State to entrench themselves on our borders. This means that we should tread very carefully, not that we should freeze in place. In southern Syria, the Assad regime is disappearing, and there are three options for who will replace it: Iranian-Hezbollah Shiite militias, jihadi Sunni militias inspired by al-Qaeda or the Islamic State or some kind of regional self-rule run by the local Druze population. I think it is obvious, that the third option is the preferable and even beneficial one for Israel, both in the short run as well as in the longer one, when the Syrian conflict settles into either some kind of loose federal system or a complete breakup into new states with new borders. The Druze have had historically no qualms with the Jewish people, and in Israel they have become true “blood brothers” with us, meaning that they have been fighting alongside us in all our wars. Now they are offering to become the bridge toward the Druze in Syria.

Al-Monitor:  What should Israel actually do concerning demands to help Syrian Druze?

Hauser:  I want to stress that we should address the Druze issue not as some separate concern, but as a component within the wider context of the dissolution of the Syrian state. Those who do not want to live in fantasyland should recognize that Syria as a unified state is finished, gone with the wind. Now, if we wish to bring some stability to all or at least to parts of the area formerly known as Syria, we should consider several new arrangements that would help settle things down and eventually help restore some order to the region. First among those is for the US and the West to formally recognize Israel's annexation of the Golan Heights. The Israeli presence on the southern Syrian plateau is like having an aircraft carrier in a sea of troubles, evidently beneficial for both regional stability and for the safety of the Druze and other groups endangered by the rise of jihadism, so it is a vital Western interest to perpetuate it. In this context, an independent Druze entity can become part of a pro-Western alignment, one that could also include the Kurds and other anti-jihadi populations seeking self-definition.

Hauser:  Fortunately the Druze are fierce fighters who do not want others to fight their wars for them, so Israel certainly does not have to put boots on the ground. There are many practical ways we could materially assist them. I believe we could also help them substantially on the diplomatic front, on which to date they are virtually nonexistent. Israel has already expressed its support for the principle of Kurdish independence, and I believe we should extend the same attitude to Druze self-definition. Moreover, we should initiate a broad diplomatic effort, to inform the US and Europe about the Druze and their plight, as well as to consider their potential to become long-term regional allies.