How Turkey really feels about the Iran deal

Although Turkey seems to be happy with the Iran nuclear deal, it is hard to say that politically Turkey would be delighted seeing Iran emerging as a regional power and an international actor. 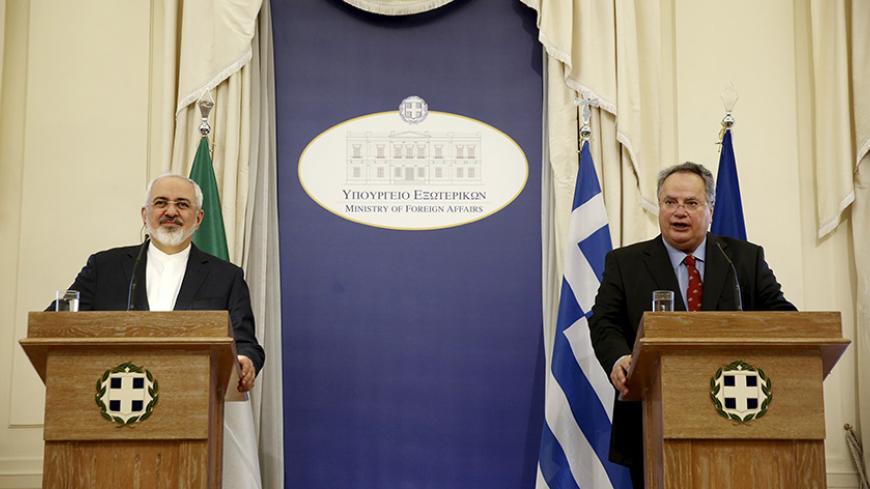 “Far from the scene in Vienna where photos were taken to commemorate this historical moment, it might be necessary to remember that the nuclear deal between Iran and the West is a result of the invasion and occupation of Iraq and the atrocities which were, and still are, endured by the Iraqi people and on the corpses of the Syrian people. This deal was signed with the blood of hundreds of thousands of Syrians who were killed to pave the way for this agreement. This deal comes after almost 100 years since the Sykes-Picot agreement. It was concluded on the ruins of the Arab world, which has descended into chaos and darkness at a time when regional and international players are content to watch Arab blood wasted as they seek only their interests!”

These blunt sentiments reflect the overall Sunni Arab mood about the long-awaited nuclear deal between Iran and the world powers. A sense of Western — i.e., US — betrayal has overwhelmed the Sunni Arabs. Yet, the remarks above are not from a Sunni Arab but amazingly from the celebrated Lebanese Druze leader Walid Jumblatt, one of the most veteran political figures on the Middle East stage since the 1970s. Therefore, some in the region — including myself — consider his statements as a barometer to gauge the political trends.

In this sense, particularly his depiction of the nuclear deal in reference to Sykes-Picot, it is the notorious historic agreement that Islamists of all colors and pan-Arabists from the Islamic State (IS) to Turkish Prime Minister Ahmet Davutoglu wish to undo.

For Jumblatt, the nuclear deal between Iran and the West is akin to Sykes-Picot of 100 years ago that intended to carve the Ottoman-Arab lands with the decision of two Western colonial powers, the United Kingdom and France. The deal now reached between the West led by the United States and non-Arab Iran might have a similar effect on the Middle Eastern chessboard.

The Saudis, Iran’s main rival in the Gulf and in the regional sectarian divide, is outspokenly and understandably outraged about the deal. But what about Iran’s historical and most formidable rival in the region, Turkey?

In official statements, Turkish leaders carefully select their words when assessing the Iran deal. If Turkish statements are not well scrutinized, one can easily conclude that Turkey is quite happy that such a deal was reached.

Turkey had felt the negative effects of the sanctions on Iran while having an ambitious aim of reaching a trade volume of $30 billion with its eastern neighbor. At the moment, as one of the main buyers of Iranian oil and natural gas, Turkey’s trade volume with Iran amounts to $10 billion.

Yet, with the lifting of the sanctions — although Turkey will be one of the benefactors economically — it is hard to say that politically Turkey would be delighted seeing Iran emerging as a regional power and an international actor.

The first Turkish official reaction to the nuclear deal reached in Vienna on July 14 came from Turkey’s Foreign Minister Mevlut Cavusoglu. He said, “Iran should be constructive, attaching importance to political dialogue. … Particularly, it [Iran] should reconsider its role in Syria, Iraq and Lebanon.”

The spirit of his words obviously reflected the uneasiness of Turkey from the potential of Iran re-emerging as an international political actor that may overshadow its ambitious western neighbor.

"Constructive” and “attaching importance to political dialogue” can easily be interpreted as “talk to us, talk to Turkey, so we could feel as important ourselves.” As for the second part of his reaction, Cavusoglu means, “Turkey and Iran are pitted against each other from the Gulf to the Mediterranean, in Mesopotamia and the Levant. An Iran strengthened by the West will further undermine Turkey’s regional standing.”

What if Iran does not care for such veiled “warnings” by Turkish officials? Semih Idiz, a fellow Al-Monitor columnist, was correct in his assessment when he wrote: “Tehran, which conducted crucial negotiations with the 'world powers' and reached satisfactory results, cannot be thought of taking such inculcations seriously, coming from a Turkey that has grown weaker and lost any significant influence in the region.”

While a dramatic diplomatic coup has taken place involving Iran — which is Turkey’s “eastern flank” — another drama unfolded in its “western flank” when Greece capitulated to the European Union, which Turkey is a candidate member to and has seemingly insurmountable problems ultimately integrating with.

Following a referendum July 5, when 61% of the Greek people voted "no” on the bailout package, the Greek government is obliged to accept the demands of its Eurozone partners, which go even further than those they put up for referendum.

The endgame of the EU-Greece saga that lasted more than six months is simple and clear: Greece capitulated to the Germany-centered European Union.

Saving the Eurozone with keeping Greece in it may still have certain unwarranted consequences that may have bearings on Turkey. Joost Lagendijk, a seasoned European politician and an expert on Turkey-EU relations, observed in his Today’s Zaman column: “For the moment, Greece and the Euro are saved. But the dream of an economically and politically unified Europe has been severely, maybe even fatally, damaged. That is bad news also for Turkey.”

He had a gloomy forecast on the EU’s future: “Many Europeans are not only worried about the negative effects on Greece in the foreseeable future. They also fear all the arm-twisting and blackmailing will have disastrous long-term consequences for the EU as a whole. The Greek crisis has, again, exposed the weak sides of the Eurozone architecture. It is a monetary union that, because of a lack of political will, has not been turned into a full political union with common institutions that could balance the concentration of power in Berlin, could democratically control the European Central Bank and would act in time to prevent potential problems in member states.”

Lagendijk, who was a Dutch Green Left Party member at the height of Turkey-EU relations during the first decade of the 2000s, and the co-chairman of the EU-Turkey Joint Parliamentary Committee, was instrumental and influential within the EU for starting the negotiations in 2004-2005 for Turkey’s full membership. In a recent conversation with Al-Monitor, he gave a very perceptive analysis.

Lagendijk thinks Greece’s saga in the EU is far from over and it may end up with Greece leaving the Eurozone. Such an end may suggest the emergence of a “two-speed Europe.” This is a concept that has been circulating for some time. Paradoxically, a “two-speed Europe” may accelerate Turkish entry into the EU, because it would mean that there would be an EU of Eurozone and an EU of non-Eurozone. The latter, which includes the United Kingdom, Denmark, Sweden and the Balkan countries, could expand with Turkey.

Lagendijk told Al-Monitor that this is starkly different from the “privileged partnership” scheme that some years ago Germany wanted for Turkey, and had drawn the rage of Turkey that had seen it as a ploy to leave the country outside of the EU by depriving it of not taking part in the decision-making mechanism.

He said it is different because a “privileged partnership” has been proposed solely for Turkey, but in an eventual “two-speed Europe,” consisting of a Eurozone and a non-Eurozone that includes Turkey, Ankara will be a part of the whole and of a particular European group.

The security dimension of Turkey being part of Europe is provided by NATO; the economic-commercial dimension by the Customs Union and the political-administrative dimension can be met in a “two-speed Europe.”

Are Turks contemplating such European horizons?

No. Nowadays, they are too introverted, despite the dramatically historical developments taking place on their eastern and western flanks. It has been 40 days following the elections and the country still does not have a new government. The country's sole focus is domestic politics right now.

Turkey is like an inward-looking figure within an Iran-Greece geopolitical parenthesis.