Iranian supreme leader doubles down on struggle against American 'arrogance'

In a speech to Iranian university students, Ayatollah Ali Khamenei warned about US influence in universities. 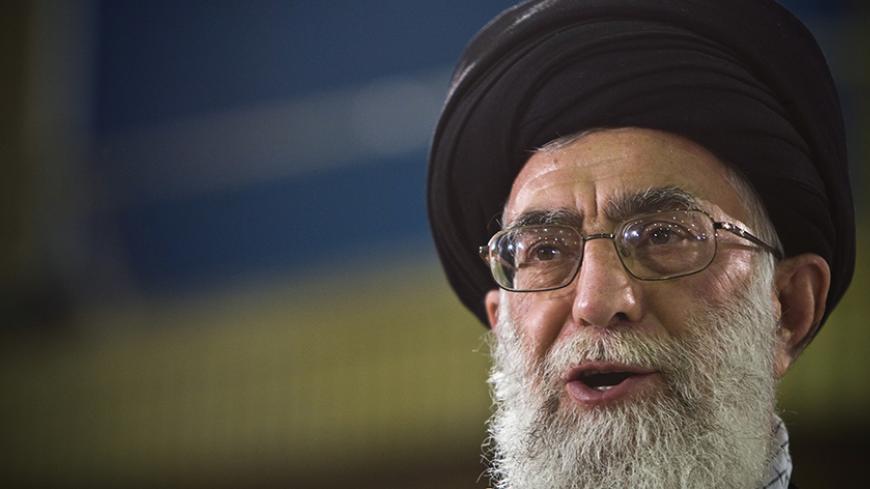 During a speech to university students July 11, Ayatollah Ali Khamenei warned about a Marxist influence on Iranian universities, saying “certainly American money is behind it because there is no incentive [otherwise], so they give money. Dividing the university students is a great blessing for them, and one of these divisions is to make Marxism alive again.”

The Iranian supreme leader's statements reflect less concern about Marxism, which may or may not be on the rise in Iranian universities since its peak in pre-1979 revolutionary Iran, and more about American influence, especially now that the nuclear deal between Iran and the world powers appears to be reaching its final days and one of the main points of contention between Iran and the West seems to be dissolving.

“Another point that some have asked: What is the responsibility of struggle against the arrogance after the negotiations?” Khamenei said. The term “arrogance” is often used for the United States but could also apply to Western European powers or world powers.

On the nuclear negotiations and how they affect relations with the United States, Khamenei said while Iranian and US officials have talked face to face before at lower levels, the current talks are at the highest level that have been conducted. However, he clarified once again that the talks are strictly confined to the nuclear issue, despite the Americans having attempted to raise Syria, Yemen and other regional issues.

Statements by judiciary spokesman Gholam-Hossein Mohseni-Ejei confirmed that Iran’s “struggling against the arrogance” will continue, especially domestically. Mohseni-Ejei told reporters July 11 that five activists involved in the unrest following the contested 2009 presidential elections had been sentenced and three other individuals were forbidden from leaving the country. The judiciary and intelligence agencies involved in the crackdown on the 2009 unrest framed the event as a Western and US plot to overthrow the Iranian government. This struggle against the West has both domestic and foreign aspects, but that the judiciary continues to be relentless in pursuing these cases six years after the event with the leaders under house arrest and isolated indicates this pressure will not soon ease.

With a comprehensive nuclear deal close and apparently inevitable, hard-liners are worried about its non-nuclear aspects. A website believed to be aligned with the views of former nuclear negotiator Saeed Jalili warned that a nuclear deal will hand over control of Iran’s ballistic missile program.

Khamenei’s speeches are generally a good indication of where Iran’s general policies are headed. While some have speculated about possible Iran-US cooperation in fighting the Islamic State in the Middle East, it seems for now that a post-deal Iran will remain cautious with respect to the United States.