The war on Yemen and the internal clashes among factions have caused the country to descend into chaos and slammed the brakes on people’s most primary needs. 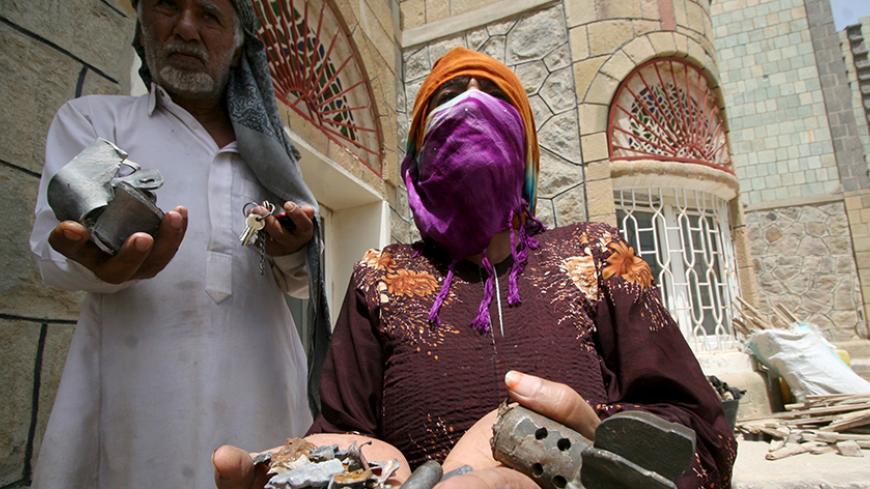 People display fragments of shells they collected from their houses amid clashes between members of the anti-Houthi Popular Resistance Committees and Houthi fighters in Yemen's southwestern city of Taiz, June 15, 2015. - REUTERS 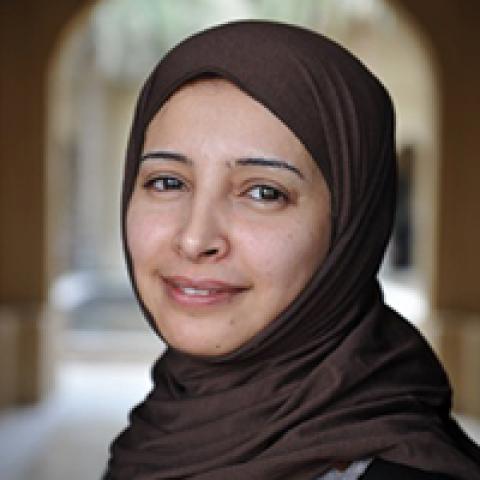 Two destructive wars have been raging in Yemen since March 26: an internal one led by the Houthis, with the backing of army troops loyal to former President Ali Abdullah Saleh, against an armed popular resistance movement that backs the legitimacy of President Abed Rabbo Mansour Hadi, and an external war against the Houthis waged by a coalition of 10 Arab countries led by Saudi Arabia. As those wars endure, so does the suffering of Yemenis, who have paid a horrific material and humanitarian cost with the aggressors relentlessly violating their security, safety and freedom.

The war, the escalation of violence between the factions — the Houthi-Saleh alliance on the one hand, and the popular resistance on the other — and coalition airstrikes have caused the deaths of thousands of Yemenis, now easy targets for Houthi militias and Saleh loyalists who targeted residential neighborhoods and hospitals in cities that oppose them, such as Aden, Taiz, al-Dalea and Lahij. This is not to mention the victims of Houthi anti-aircraft salvos that cause indiscriminate loss of life as they fall on residential areas, exacerbated by repeated targeting errors on the part of the Saudi air force, leading to the bombing of houses, refugees camps and villages.

The damage caused by air raids against military installations and arms depots located close to residential neighborhoods, as well as the concentrated targeting by coalition planes of the Houthi stronghold of Saada, and the use of cluster munitions, as documented by Human Rights Watch, has also exponentially increased the numbers of dead and wounded. The United Nations Office for the Coordination of Humanitarian Affairs put the number of dead at 2,288, half of whom are civilians. The number of wounded, as of May, topped 9,755. In addition, a May 24 UNICEF press release indicated that 135 children were killed and 260 others wounded since the outbreak of the conflict.

In this regard, statistics vary as to the number of victims, due to the reliance of international monitoring organizations on Yemeni sources, which lack fact-finding accuracy, while the Houthis maintain secrecy as to the loss of human lives. A report by the Abaad Research and Study Center, published on May 19, affirmed that more than 6,000 people, mostly civilians, have died since the Houthis began their invasion of the southern regions in early March.

Moreover, the war, air raids and land, air and sea blockades imposed by coalition forces have led to the exacerbation of the economic crisis in Yemen. The economic, commercial and industrial sectors have incurred, according to the chairman of the Yemeni Chamber of Commerce, $13 billion in losses between late March and early May, as international banks and institutions have closed down their offices in the country and foreign investments have dried up.

The World Bank has stopped financing projects at a time when Yemeni companies and factories have ceased operations, leading to layoffs affecting thousands of employees and workers, who now meet their daily needs by spending their savings or selling their belongings to buy food. Monetary transfers from abroad have ceased. But the lack of foodstuff in markets and an increase in prices has exacerbated the humanitarian disaster, while black market transactions have flourished and petroleum products and foodstuffs are selling at a 20-40% premium to their normal values. One liter (0.3 gallons) of gasoline or diesel costs approximately $20, and the price of wheat and rice has risen to three times their prewar value.

The deteriorating situation in Yemen has gone beyond the food and water shortages that more than half of Yemenis suffer from — it has become a humanitarian catastrophe never seen before in the history of the country. After basic services ended as a result of the lack of petroleum products and armed confrontations putting the electricity power plant out of commission, Yemenis have been living without electricity for more than two months. The damage caused by electricity outages for days on end has not only paralyzed the daily lives of Yemenis, but it also caused a health crisis as most hospitals were forced to shut down, putting the lives of thousands at risk including those suffering from renal failure in cities such as Aden, al-Hadida and Taiz.

The war imposed on the Yemeni people puts them at risk of famine, epidemics and death, and it violates their political and civil rights. The disintegration of the state’s institutions and the collapse of Hadi’s authority, exacerbated by trespasses at the hands of organizations established by the Houthis following their takeover of the capital, Sanaa, have made Yemenis more vulnerable to violations by the Houthis and other factions that exploit the absence of the state, such as al-Qaeda, which succeeded in taking control of the city of al-Makla, where citizens have been subjected to its own laws. Moreover, the civil rights of Yemenis, such as their right to access information, have been abrogated after the Houthis blocked a number of websites, including Al-Masdar Online, Mareb Press and Al-Sahwa Yemen. Freedom of speech has also been stifled, with a number of journalists, human rights activists and politicians who oppose the Houthis being illegally detained and some of them killed. Journalists in al-Makla have, on the other hand, received death threats from al-Qaeda, and there are fears al-Qaeda would carry out executions of civilians on the grounds of cooperation with the national security apparatus.

As violence prevails, the war in Yemen is suspending all semblance of normalcy in the lives of people and undermining the foundations of civil society. The only activities witnessed by Yemenis today revolve around the sounds of air raids and armed confrontations, with business activities interrupted and classes suspended at all schools, while many Yemenis have taken up arms in the ranks of one of the belligerent forces. The allegiance of Yemenis no longer is to their country, for they are motivated by revenge or driven by the desire to resist the armed factions that turned against the legitimacy of an elected president who contributed to the failure of the Yemeni state.

The deathly spiral of war leaves Yemenis with but a few options: either die in armed confrontations or air raids, die of starvation and disease, or risk fleeing the hell of war. Thousands decided to flee their cities to the countryside, such as, among other governorates, Taiz, Dhamar and Lahij. Many of the residents of Aden and the southern regions that have been witnessing confrontations and economic blockades have fled by sea to refugee camps in Somalia and Djibouti. Their numbers increase by the day as more people seek refuge from war and confrontation; they have, however, not been afforded much better humanitarian conditions elsewhere.

In the coming years, this war will not only be remembered for its dead and maimed, but also for the disintegration of Yemeni society, the tyranny of armed extremist factions, consequent sectarian conflicts, as well as the calls to partition the north and south, leading to new cycles of violence. These considerations seem lost to Yemen’s belligerent factions and their regional sponsors, who only aspire toward endgames that suit their political agendas. But what will follow military victory and the end of the war? What will remain of Yemen once war destroys the lives and dreams of the Yemeni people?