Why did Saudi Arabia intervene in Yemen?

As Yemen fell into the Houthis' hands, Saudi Arabia was left with one choice: to intervene militarily, as the kingdom has long been the country's main financial supporter.
Smoke billows from a Houthi-controlled military site after it was hit by a Saudi-led airstrike in Sanaa, June 3, 2015. - REUTERS/Mohamed al-Sayaghi 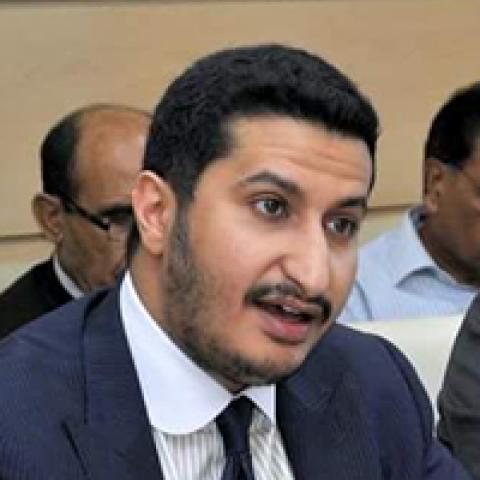 Saudi Arabia pledged $3.25 billion in aid to Yemen in 2012 to support President Abed Rabbo Mansour Hadi's newly established government, a boost worth over 11% of the country's 2012 gross domestic product of $29.21 billion. This is only one of many Saudi pledges, not to mention the extensive aid that Yemen gets from the Gulf Cooperation Council (GCC). In addition, the $4 billion in remittances of almost 1 million Yemeni expatriates in Saudi Arabia have historically been indispensable to Yemen's economy. In addition, Saudi regulations have now changed to allow businesses to have up to 10% Yemeni staff.

It might be a fair point to criticize Saudi Arabia for backing Ali Abdullah Saleh for so long, or for not doing enough to prevent the misallocation of its financial support to Yemen. One might find ample ground for critiquing Saudi Arabia's strategy in Yemen as one characterized by quick-fix tactics and not long-term strategies. But it is undeniable that Saudi aid has kept Yemen afloat for several decades.

It has supported the military, the security apparatus, education and social services, transportation projects, health care and a wide array of other government services. With arguably the most heavily armed civilian population in the world, a growing al-Qaeda presence and perpetual tribal conflict, this aid prevented Yemen from slipping into complete and utter disarray.

Saudi Arabia's priority is to have a stable neighbor to the south and to protect its southernmost cities of Najran, Jizan and Khamis Mushayt. There are no ideological or hegemonic underpinnings to Saudi Arabia's Yemen strategy. Testament to that is Saudi Arabia's brokering of a power transition after the uprising that toppled Saleh in 2011. Saleh to Saudi Arabia was never what Bashar al-Assad is to Iran.

When Abdul-Malik al-Houthi's militias ransacked Sanaa with the help of toppled dictator Saleh in September 2014, alarm bells rang in Riyadh. This development signaled imminent state failure and chaos. Saudi Arabia could never afford (politically, morally or strategically) to give aid to Yemen under a Saleh-allied Houthi coup government. The Saudis know very well that without their aid and the support of other GCC countries, no Yemeni state could function — if only a reduction in fuel subsidies resulted in the mass protests and the ensuing instability in 2014, what would the collapse of almost every Saudi-funded state institution do in a year or two?

In the months leading to March 2015, Saudi Arabia realized that it was effectively left with only one choice in Yemen: military intervention. Yemen's legitimate president (Hadi) called for military intervention to restore order and legitimacy in Yemen and reiterated that call to the United Nations in March.

He could see what Saudi Arabia dreaded: that the alternatives to military intervention were all nothing short of catastrophic. Cutting off Yemen's much-needed lifeline of Saudi aid and letting the Houthis and Saleh have their way — and eventually go head to head — was not an option. Without Saudi and GCC assistance, and without a minimally functional and legitimate government in Sanaa, Yemen would go only in one direction: complete and historically unprecedented state failure and chaos.

The only way forward for Yemen is for the Houthis to lay down their arms and engage in political dialogue. Many a time has Riyadh reiterated the Houthis’ importance as a peaceful political actor in Yemen and Saudi Arabia's willingness to reach a political solution agreeable to all of Yemen's political factions.

After repeatedly refusing to negotiate with Hadi in an inclusive dialogue, it remains to be seen if the recent high-level meetings between Houthi leaders and US representatives in Oman will bear fruit. While the Oman talks may focus more on securing the release of four Americans held captive by the Houthis, there is genuine hope that they lay the foundation for the commencement of more meaningful negotiations in a neutral country.

There is no bright future for Yemen without good relations with its northern neighbor and without Saudi support and assistance. Iran will most likely maintain its military support to the Houthis, logistically, and politically as well, but they are highly unlikely to replace Saudi Arabia as Yemen's indispensable aid benefactor.

Successful negotiations, as soon as possible, are the only solution to Yemen's predicament. The Houthis and their allies must understand this basic fact, if a stable and prosperous Yemen is even remotely on their agenda.