How do we solve Iran talks' verification dilemma?

The issue of inspections of Iranian military facilities and the interrogation of Iranian scientists has quickly become the most controversial aspect of the nuclear negotiations in Iran. 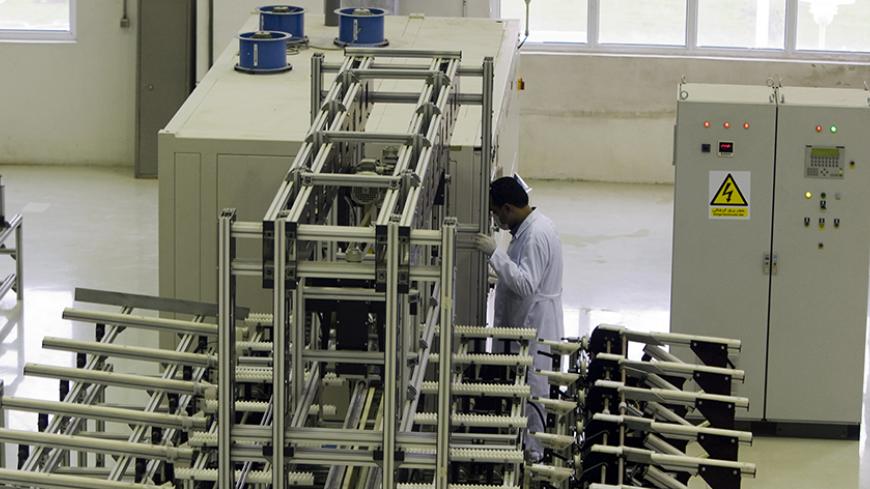 After Ayatollah Ali Khamenei, Iran’s supreme leader, expressed his opposition to the inspection of Iranian military facilities and the interrogation of Iranian scientists as part of any would-be nuclear deal, the issue quickly became the most controversial aspect of the nuclear negotiations in Iran. It is only natural that allowing foreign inspectors access to Iranian military facilities and making Iranian scientists vulnerable to such questioning would damage Iranian national pride, as it would in any country. In fact, this is a matter that threatens to scuttle the entire negotiating process.

This unprecedentedly invasive type of inspections hearkens back to the issue of possible military dimensions (PMD) to the Iranian nuclear program. Western concerns over PMD go back to even before 2003, when the Iranian nuclear program first came under international spotlight. In his 2006 book "State of War: The Secret History of the CIA and the Bush Administration," The New York Times journalist James Risen revealed that the CIA had attempted to plant evidence in Iran that would make it seem the country was pursuing nuclear weapons in the late 1990s and early 2000s. Such “evidence” could feasibly have been used as a pretext for military intervention against Iran. With that said, in 2011 the United States and its NATO allies released thousands of pages of documents and pictures to the International Atomic Energy Agency (IAEA) that allegedly revealed there had been military dimensions to Iran’s nuclear program. The goals of these documents were to:

According to an Iranian diplomat who spoke to Al-Monitor on condition of anonymity about the agreement reached in Lausanne in April, the P5+1 had requested for Iran to inspect a few sites, namely two military facilities, and to conduct interviews with a number of military officials and nuclear scientists whose names had either directly or indirectly been mentioned in various IAEA reports. Iran strongly protested these requests, characterized them as insulting, and dismissed them.

At the same time, a central problem of the debate in Iran about this issue is that no efforts have been made to distinguish between the Additional Protocol to the Non-Proliferation Treaty and issues surrounding PMD, which has had the effect of confusing the general public as well.

The Additional Protocol does not necessarily obligate nations to allow their military facilities to be inspected or for their nuclear scientists to be interrogated. What is obligated by the Additional Protocol is for access to be given to non-nuclear sites to collect samples from the environment to see if non-declared nuclear activity has taken place. Furthermore, the Additional Protocol is not a unique treaty exclusively made for Iran, but is an international accord that more than 120 countries have approved, in many of which it is being actively enforced.

Regardless, the IAEA does have concerns and doubts relating to the PMD issue with respect to Iran, which, without the resolution of, a nuclear deal will not be reached. My recommendation is that to resolve this issue, the negotiating sides should agree to address PMD issues in a way that ensure the following five principles:

1. The temporary nature of any such accesses. Iran cannot allow these requests to be made into a permanent demand that is imposed uniquely on Iran.

2. A defined scope of any inspections. No country allows “any time, any place” inspections and Iran will not either.

4. After Iran follows through on these specific requests, Iran’s dossier at the IAEA on this issue should be closed once and for all.

5. The P5+1 should, in the face of any goodwill Iran shows in this regard, reciprocate with goodwill on removing sanctions.

In Persian there is an expression, “One crazy person throws a stone in a well that 100 wise people cannot bring out.” With these five principles, hopefully Iran and the P5+1 can remove this stone from the well and put an end to this unnecessary crisis.