Iran's cooperation with IAEA at risk if nuclear talks fail

A breakdown in nuclear talks between Iran and the P5+1 would likely mean far fewer inspections in Iran. 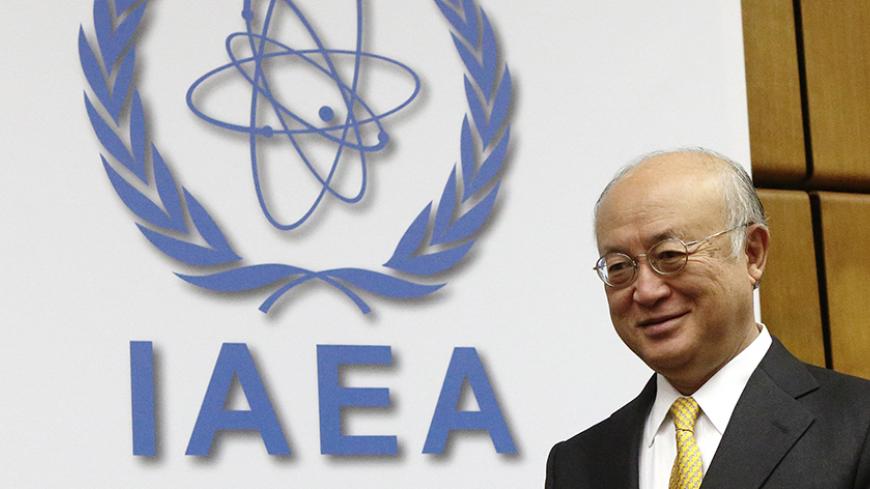 As Iran and the five permanent members of the UN Security Council plus Germany (P5+1) remain engaged in intense discussions on a political framework for a final nuclear deal, much has been written and argued about crucial aspects of the negotiations, such as the extent of uranium enrichment, the future of the Arak heavy water reactor and Fordow, the duration of a final deal and the pace of sanctions relief.

However, less attention has been paid to the one key component that underlies all of the aforementioned: verification.

Any agreement will be dependent on a mutually agreed level of International Atomic Energy Agency (IAEA) supervision. Conversely, the first victim of a breakdown in negotiations is likely to be the latter.

To get an idea of the level of IAEA supervision in Iran, it is helpful to adopt a comparative approach. Each nuclear dossier is, of course, different, and Iran’s is perhaps the most contested. Nevertheless, putting the IAEA’s presence in Iran within the context of the agency’s work with other Nuclear Non-Proliferation Treaty signatories puts things in perspective.

According to the Safeguards Implementation Report of 2013, Iran had a total of 17 nuclear facilities under safeguards. The number of inspections was 211. The total cost for this monitoring was 12.5 million euros ($14 million), or 12% of the total cost of IAEA safeguards allocated by the state.

Iran and the IAEA signed a Joint Statement on a Framework for Cooperation on Nov. 11, 2013, agreeing to “cooperate further with respect to verification activities to be undertaken by the Agency to resolve all present and past issues, and to proceed with such activities in a step by step manner.” Iran and the P5+1 subsequently signed the interim Joint Plan of Action on Nov. 24, 2013, which has since been extended twice.

Developments related to the IAEA and Iran in 2013 suggest two main points: Even prior to the Joint Plan of Action, Iran’s program was arguably the most intensely inspected in the world, and IAEA-Iran cooperation is related to the negotiations between Iran and the P5+1.

Cooperation between Iran and the IAEA has greatly expanded since November 2013. As the IAEA director-general reported to the agency’s board of governors last week, Iran has provided information and managed access to the uranium mine and mill at Gchine, the Saghand mine and the Ardakan uranium production plant. Importantly, Tehran has allowed agency inspectors to carry out daily visits to the country’s two enrichment sites in Natanz and Fordow. Going a step further, Iran has also provided “regular managed access to centrifuge assembly workshops, centrifuge rotor production workshops and storage facilities.”

Lastly, in relation to the enhanced monitoring, Iran has provided the IAEA with access to “plans for nuclear facilities and a description of each building on each nuclear site; descriptions of the scale of operations being conducted for each location engaged in specified nuclear activities; and information on uranium mines and mills and on source material.”

In sum, the IAEA’s cooperation with Iran has arguably never been at this level. Considering the correlation between progress in the IAEA-Iran and P5+1-Iran tracks, it is important to consider likely scenarios in case of a comprehensive political agreement versus failure to conclude a final deal. Both Iran and the United States have publicly announced a disinclination to extend the Joint Plan of Action once again, past the current deadline of June 30 (this is not to be confused with the March 31 self-imposed deadline of a framework of a deal).

In the event of a collapse of negotiations, cooperation with the IAEA is likely to be among the first victims.

Any hopes of getting Iran to ratify the additional protocol, which makes many of Tehran’s current voluntary transparency measures binding, will be dashed. There is precedence in this respect. Although Iran has never ratified the additional protocol, it did provisionally implement it between December 2003 and February 2006, when Tehran was engaged in negotiations with the so-called EU-3 (Britain, France and Germany). The IAEA has been clear about the centrality of the additional protocol for its efforts; without it, the agency has said that it will “not be in a position to provide credible assurance about the absence of undeclared nuclear material and activities in Iran.”

In other words, the Iranian nuclear dossier may never be normalized.

Iran could also quickly cut access to its uranium mines and mills. Tehran’s decision to voluntarily provide the agency with access to its Gchine site in November 2013 paved the way for inspections for the first time since 2005. According to former IAEA official Olli Heinonen, Iran has no obligation to “report the production of ‘yellowcake’ from its mines as long as the uranium oxide it extracts has not reached a level of purity suitable for uranium enrichment or fuel fabrication.” Heinonen further contends that a “complete understanding” of uranium mining in Iran is required for the IAEA verification process.

In the absence of a final nuclear deal, Iran could also take other action to reverse the enhanced monitoring it has agreed to so far. This could entail measures such as preventing daily inspections of its Natanz and Fordow enrichment facilities as well as curtailing current access to sites where centrifuge components are made and assembled. Data sharing about planned and nascent nuclear facilities could also be affected.

Conversely, in the event of a final nuclear agreement, the enhanced monitoring in place is likely to be cemented and expanded. The latter will certainly include the re-implementation of the additional protocol. Subsequently, Iran’s parliament, the Majles, could be expected to move to finally ratify the additional protocol, alongside a host of transparency and verification measures that go beyond the Non-Proliferation Treaty. Progress on sensitive issues such as cooperation to clear up possible military dimensions could also be accelerated.

In conclusion, while the IAEA-Iran and Iran-P5+1 tracks are formally separate, there is no denying that they are correlated. Moreover, though Iran was, even before the Joint Plan of Action, arguably the most intensely inspected country in the world, a collapse in negotiations can — beyond the abandonment of current enhanced monitoring — lead to far less access for the IAEA than seen in 2013.

The crucial role of verification, which is a premise of negotiations on issues such as enrichment, Fordow and Arak, should not be neglected. More attention must be paid to the vulnerability of IAEA supervision in Iran.