IAEA Deputy Director Herman Nackaerts says his agency would know "within a week" if Iran tried to divert uranium for higher enrichment. 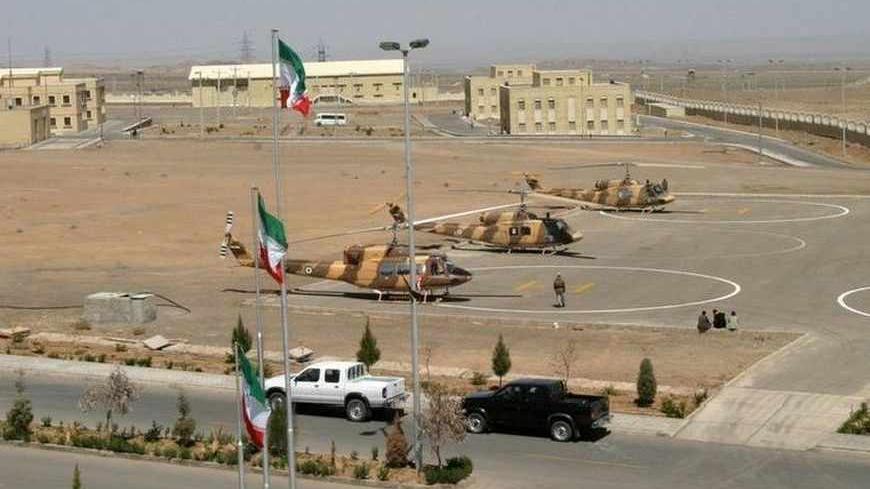 As Iran prepares to inaugurate a new president, those suspicious of Iran’s nuclear intentions have warned that Hassan Rouhani will be merely a smarter version of his predecessor and drag out negotiations while the country secretly builds a bomb.

However, Iran’s ability to break out or sneak out of its non-proliferation obligations is hampered by an inspection regime that keeps extremely close track of Iranian uranium enrichment facilities.

Herman Nackaerts, the deputy director of the International Atomic Energy Agency (IAEA) and head of its Department of Safeguards, told Al-Monitor during a visit to Washington that “we would know within a week” whether Iran was diverting uranium from declared sites and seeking to enrich it to weapons’ grade level.

There are two to six IAEA inspectors on the ground in Iran every day, Nackaerts said, covering 16 Iranian facilities. On average, he said, that means that an inspector visits Iran’s enrichment plants at Natanz and Fordow once a week. If there are suspicions about any improper activities, they can go more often, he added.

It is always possible that Iran is secretly enriching uranium somewhere not known to the IAEA. But most experts believe that if Iran were to decide to make weapons, it would use its declared facilities and known stockpile of partly enriched uranium.

Slowly but steadily, Iran has amassed enough fissile material and centrifuges to make a nuclear breakout increasingly feasible. David Albright, a former IAEA inspector and president of the Institute for Science and International Security (ISIS) argues in a paper released last week that by mid-2014, Iran will achieve what is known as “critical capability,” which he defines as “the technical capability to produce sufficient weapon-grade uranium from its safeguarded stocks of low-enriched uranium for a nuclear explosive, without being detected.”

Albright and co-author Christina Walrond assess that Iran can reach this stage by carrying out its announced plans to install thousands more elementary-level centrifuges — known as IR-1’s or P-1s — at Natanz and Fordow plus “perhaps a few thousand IR-2m centrifuges,” a more advanced machine.

While acknowledging that Iran may lack the raw materials to build all these centrifuges, the study hypothesizes that Iran will be able to amass at least 240 kilograms [530 pounds] of 20% enriched uranium and then prevent IAEA inspectors from visiting an enrichment plant for the 10-15 days the authors assert would be required to enrich this much uranium to weapons-grade.

The analysis assumes that Iran has or will make the decision to make nuclear weapons — something Iran denies and US intelligence agencies have not detected — and would risk dire consequences to make just one weapon.

It also assumes that Iran will stop staying below the Israeli “red line” of 240 kilograms of 20% uranium. According to the IAEA’s last report on the Iranian nuclear program, Iran has produced 324 kilograms [714 pounds] of 20% uranium but has only 182 kilograms [400 pounds] that could readily be enriched to higher grade. The remainder has been converted into powder to be used to make fuel for a reactor that produces medical isotopes.

Mark Fitzpatrick, a former non-proliferation expert at the US State Department who directs the Non-Proliferation and Disarmament Program of the London-based International Institute for Strategic Studies, told Al-Monitor in an email, “We should be thankful to Albright and Walrond for dissecting the technology and doing the math to show how Iran's continued advancements in centrifuge numbers and capacity bring them closer to being able quickly to produce a nuclear weapon.”
However, their analysis, Fitzpatrick said, assumes that “the inspection frequency will not be changed” if Iran gets closer to 240 kilograms of 20% enriched uranium.

“One other problem with the ‘critical capacity’ analysis is that it implicitly assumes that the ability to make just one bomb would be the game changer,” Fitzpatrick continued.  “But what country would risk massive war just to build one bomb? Surely they would want to be assured of being able to build at least a handful. Adding this factor to the calculation provides more time for detection.”

One way to boost confidence that Iran will not try to break out is by increasing the frequency of routine inspections of its declared enrichment plants and/or installing video cameras to provide constant, real-time remote monitoring.

Noting that Rouhani promised during the campaign and after his election to increase the “transparency” of Iran’s nuclear program, Ali Vaez, an Iran expert for the International Crisis Group, told Al-Monitor that allowing more intrusive monitoring was a possible Iranian concession when talks with the P5+1 resume after Rouhani’s inauguration.

Vaez recalled that when Rouhani was Iran’s chief nuclear negotiator from 2003-05, his team offered to allow the IAEA to have inspectors permanently on-site at enrichment plants.

“Rouhani will be uncomfortable putting caps” on the level of uranium enrichment, Vaez said, “But transparency is defendable. They will go the extra mile” in return for concessions on sanctions.

In its dealings with the IAEA, Iran has been scrupulous about permitting routine inspections of its declared facilities, but has not been forthcoming about allegations that it conducted nuclear weapons research at least until 2003. Many experts believe the nuclear dispute cannot be resolved without also clearing up what is known as “PMD” for possible military dimensions.

A likely first step is to allow the IAEA to visit a military site called Parchin, where Iran is believed to have tested high explosives in a specially constructed chamber. Iran dismantled buildings on the site after the IAEA first raised the issue in early 2012 and has removed several layers of earth and built new buildings on top, making it unlikely that any incriminating evidence can still be found there. Still, providing access to Parchin would be a conciliatory sign that could help stave off new referrals to the UN Security Council by the IAEA and new sanctions by the US Congress.

Rouhani campaigned on a pledge of “constructive engagement” with the outside world and has made reviving Iran’s anemic economy his first priority. That makes it unlikely that he will escalate the nuclear crisis and gives him a potent argument for nuclear concessions that he can use with Supreme Leader Ayatollah Ali Khamenei.

Outgoing President Mahmoud Ahmadinejad was fond of saying that the Iranian nuclear program was “a train without brakes.” Under Rouhani, the train is more likely to slow down especially if the engineer is presented with attractive incentives.