Iran offers to freeze its 20% enrichment of uranium but still wants to complete a reactor that could yield plutonium, another potential bomb fuel. 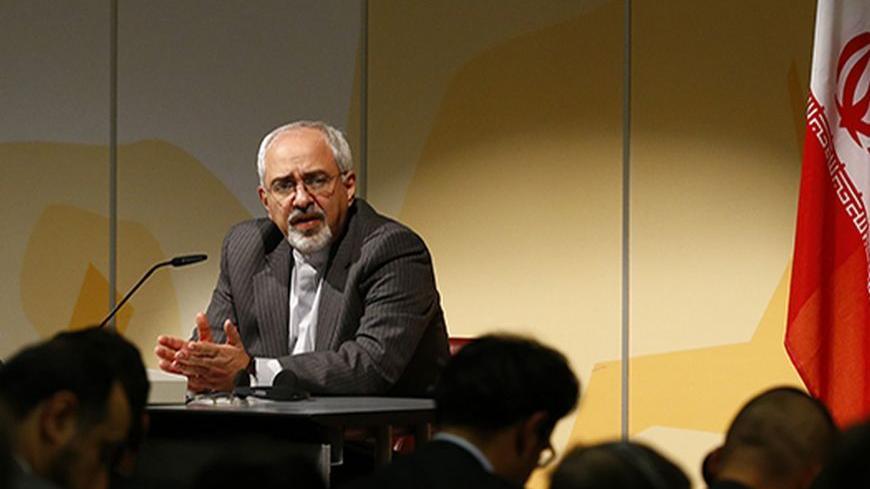 Iran has put forward a new proposal to resolve the nuclear crisis that includes a freeze on production of 20% enriched uranium, a pledge to convert its stockpile to fuel rods and an agreement to relinquish spent fuel for a still-to-be completed heavy water reactor, according to an Iranian source who has proven reliable in the past.

The offers, combined with increased scrutiny by the International Atomic Energy Agency (IAEA), are meant to provide confidence that Iran could not quickly break out of its nuclear obligations and make nuclear weapons.

The Iranian, who asked not to be identified because the negotiations that resumed Tuesday, Oct. 16, in Geneva are supposed to be confidential, said the proposal presented by Iranian Foreign Minister Mohammad Javad Zarif included two stages, each to last a maximum six months.

In the first stage, the source said, Iran would stop producing 20% enriched uranium and “try to convert the stock” it has amassed to fuel rods for the Tehran Research Reactor, an old American-origin facility that produces medical isotopes.

Iran has already converted or set aside the bulk of the more than 370 kilograms [815 pounds] of uranium it has enriched to 20% — which is easy to further enrich to weapons grade — but it isn’t clear whether Iranians have the know-how to produce workable fuel rods.

Zarif denied the report without specifying what about it is incorrect, telling Al-Monitor, “These are speculations that have little in common with reality.”

According to the source, other elements of the proposal include:

Representatives of the State Department and the European Union declined comment on the purported elements of the Iranian program, citing their pledge to keep negotiations confidential at this delicate stage.

While the plan contains interesting new ideas, it does not meet previous demands by the United States and its negotiating partners for removing Iran’s stockpile of 20% uranium from Iran, suspending operations at Fordow and halting work on Arak. It also does not address Iran’s growing stock of low-enriched uranium — some 10,000 kilograms [22,046 pounds].

Daryl Kimball, executive director of the Arms Control Association, told Al-Monitor that if the proposal is accurate, it is "a genuine, serious response to the P5+1 proposal presented in April at Almaty, which was not a final offer from the P5+1." Kimball added that the offer to stop production of 20% enriched uranium and convert the stockpile into fuel rods "essentially meets the goal of the P5+1 to stop production and ship out the remaining material" while the "proposed solution on Arak should also be very appealing to the P5+1, especially since Iran doesn't even have a plutonium separation facility that it could use to extract plutonium from Arak's spent fuel rods. Arak also does not require enriched uranium fuel, rather natural uranium fuel."

While declining to reveal details of the negotiations, officials from the United States and the other five permanent members of the UN Security Council and Germany (the P5+1) have praised Iran for changing the tone of the talks and coming to Geneva with a serious new offer.

Undersecretary of State Wendy Sherman, who is the chief US negotiator with Iran, told Christiane Amanpour of CNN, “Foreign Minister Zarif and his delegation came prepared for detailed, substantive discussion with a candor that I certainly have not heard in the two years I’ve been meeting with Iranians, and my P5+1 colleagues, some of whom have been doing this for quite some time, found quite new and different.”

Asked whether the Iranians made concrete proposals including a six-month confidence-building agreement, Sherman said, “What is correct is that we've always had a framework and one which Iran has adopted as well, and that is we will have discussions about what our objective is, what the final steps should look like and what an initial confidence-building measure might look like, to put some time on the clock to negotiate that comprehensive agreement.”

Al-Monitor reported prior to the talks that Iran would be coming with substantive new proposals but was also insisting on seeing an “endgame” before agreeing to initial concessions.

Iranian officials have also indicated that they would not expect the US Congress to remove sanctions initially — which is realistic, given that Congress is contemplating adding new sanctions.

Sen. Marco Rubio, R-Fla., on Wednesday introduced a resolution calling for additional sanctions, while an Arizona Republican congressman, Trent Franks, is sponsoring a measure authorizing President Barack Obama to use military force against the Iranian program.

However, there are steps the US government could take in response to Iranian concessions that would ease pressure on the Iranian people and not require congressional action. One possibility would be to ease practical hurdles to US and European exports of medicine to Iran, which is technically exempted from sanctions but has been impeded by the lack of a direct, authorized banking channel between Iran and US and European banks.

Participating in the nuclear negotiations for the first time was Adam Szubin, head of the US Treasury’s Office of Foreign Assets Control, the body that implements US sanctions laws.

Asked by CNN why Szubin came, Sherman said, “The purpose of having our sanctions team here with us is because … Iran wants to get sanctions relief. But they also have to understand what the range of our sanctions are, what they require, how they work, what it takes to implement sanctions relief, what sanctions we believe need to stay in place.”

Iran and the P5+1 are expected to hold talks on a technical level before the next full meeting in Geneva on Nov. 7-8.