Will 'Almaty 2' Talks in April Win Breakthrough on Iran?

The Iran-P5+1 talks in Almaty last month were just a start, but the stage is set for a possible breakthrough in the next round, Almaty 2, scheduled for April, writes Seyed Hossein Mousavian. 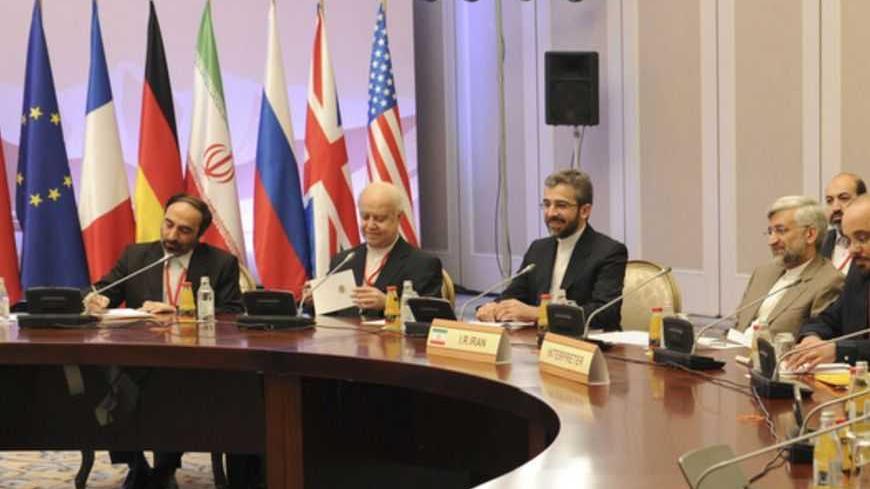 The latest nuclear talks held between Iran and the world powers on Feb. 26 in Kazakhstan, called Almaty 1, was described as “positive” by Iran, while world powers characterized it as “useful.” The parties agreed to hold meetings first at an expert level on March 18 in Istanbul, followed by political directors on April 5-6, once again in Kazakhstan, dubbed Almaty 2.

While both sides made positive remarks regarding the Almaty talks, there is a major gap in the interpretation of the results. Iran declared that the new proposal of the five permanent members of the UN Security Council plus Germany (P5+1) came closer to its views, hinting that sanctions will be gradually lifted, and simultaneously, steps will be taken by both parties going forward and that the negotiations had achieved a milestone.

In addition to the nuclear agenda, Iran is looking for a broad engagement with the world powers on regional and international issues, including Syria and Bahrain, as is referenced in Iran’s own official position to the talks with the P5+1. Because these two crises need an urgent resolution, addressing them has been proposed by Iran as priorities. The Iranian initiative goes beyond Syria and Bahrain to include Iraq, Afghanistan and more. Iran sees these regional issues, rather than the nuclear talks — which it considers highly politicized — as more promising for long-term confidence building with the West.

“With the measures devised by the Iranian diplomatic apparatus, from today [March 3] we will witness the gradual removal of sanctions,” said Iranian Foreign Minister Salehi.

“There is no change to the sanctions regime as of March 3,” Michel Mann, spokesman for EU High Representative Catherine Ashton, reiterated. The enthusiasm was more subdued on the side of the Western camp, with a diplomat stating: “We don't give away the crown jewels in the first step.” A US official provided details of the modified P5+1 proposal calling on Iran to suspend 20% uranium-enrichment activities at Fordow, limit its 20% enriched-uranium stockpile, constrain the ability of Fordow to quickly resume enrichment operations and address demands by the International Atomic Energy Agency (IAEA) for transparency in Iran’s nuclear program.

Addressing the IAEA’s demands for transparency, in practical terms, requires Iran to implement the Additional Protocol, Subsidiary Arrangement Code 3.1 and provide access to IAEA inspectors to address "possible military dimension" issues (PMDs). These are the maximum demands Iran may accept as the end state of a comprehensive deal. Some of these demands are beyond the scope of the Nuclear Non-Proliferation Treaty (NPT), such as suspension of 20% enrichment, suspension of Fordow and access beyond the Additional Protocol.

Fortunately, these demands are not the issue that is derailing the process. Iran has officially signaled its readiness to stop enrichment to 20% and to cooperate with the IAEA on PMDs. The core problem arises with the P5+1-proposed reciprocity with Iran for addressing its demands. Based on an official US statement, even if Iran accepts all the world powers' demands, there would be no easing of substantive unilateral and multilateral sanctions imposed by United Nations Security Council, the US and European Union.

"None of [the] oil and none of [the] banking sanctions (are) touched," the US official said. Instead, in return for Iran’s strategic overtures, the world power would refrain from additional UN Security Council and European Union sanctions and would ease upcoming sanctions, which are not substantive and mainly on gold, petrochemicals and small-scale banking.

The P5+1 updated proposal, unlike past versions, would allow Iran to keep a sufficient amount of its 20% enriched fuel for use in the Tehran Research Reactor, which produces isotopes to treat Iranian cancer patients. Some Iranians have considered this concession a setback for the world powers, as they had previously demanded Iran ship its 20% stockpile in return for fuel rods to be used in the reactor. However, soon the US and EU discovered that to offer this incentive, they would have to change the UN resolution. In order to maintain the full force of the UN sanctions, the world powers instead proposed that Iran use its own fuel rods. Therefore, this is not a concession, but a dangerous signal that the Security Council sanctions would be maintained indefinitely.

If this is the case, Almaty 1 was just a tactical maneuver, with the potential for becoming a strategic one. The P5+1 and Iran can help this happen by supporting proportionate reciprocation and not asking for too much up front. For a real breakthrough, statesmanship is needed. The P5+1 and Iran should agree in Almaty 2 on principles of a package containing major elements of a nuclear deal ensuring the end state for both parties. Such a package would include the following:

In response, the world powers should commit to:

Once the bigger picture is comprehended, both parties would need to agree to begin with small steps in Almaty 2 and work toward the bigger package in their next meetings.

A realistic first step would be for Iran to cap enrichment at 5%, either export excess enriched uranium or convert into fuel elements, accept 24-hour IAEA surveillance and grant access rights at enrichment sites. In return, there would be no new sanctions by the P5+1, the suspension of unilateral EU sanctions on Iran's oil and financial systems.