Iran’s Next President and The Third Nuclear Strategy

US President Barack Obama and Iran’s next president should expand the nuclear talks to include regional security matters, including Afghanistan, Iraq and Syria. 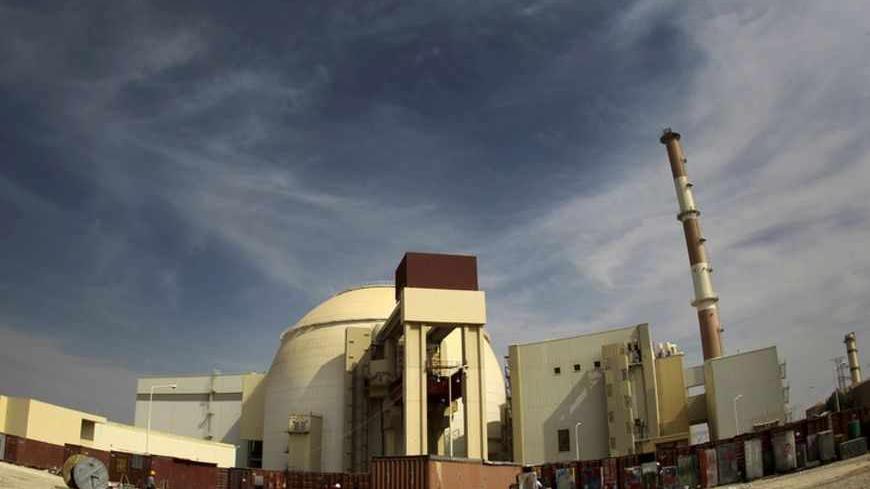 The Iranian presidential election is set for June 14, and the candidate selected will take office in August. The world is eager to know the new president’s nuclear policy.

The ongoing Iranian nuclear issue dates back to early 2003, when Mohamed ElBaradei, director general of the International Atomic Energy Agency (IAEA), visited the nuclear facilities at Natanz and officially announced that Iran was among 10 nations that had attained enrichment technology and capability. After that, during the tenures of Presidents Mohammad Khatami and Mahmoud Ahmadinejad, Iran and the world embarked on two approaches to nuclear diplomacy with varying costs and benefits.

During Khatami’s presidency, Iran's diplomacy was called nuclear engagement and based on two conditions the government set for itself: maintaining Iran’s right to peaceful nuclear technology, including enrichment, and ensuring that the nuclear file not be referred to the UN Security Council.

After ElBaradei’s assessment of Iran’s nuclear program, the IAEA Board of Governors passed a resolution in September 2003 demanding the suspension of its enrichment activities and access to facilities beyond the scope of the Nuclear Non-Proliferation Treaty (NPT), setting a 50-day deadline for Iran to comply. At the time, there was considerable ambiguity within the international community regarding the nature of the Iranian program. The United States, challenged by the Islamic republic’s resolve since 1979, found the nuclear issue a golden opportunity for putting the Iran file before the Security Council. By doing so, it could label Iran a threat to international peace and security, pave the way for international sanctions and isolation and possible military attack.

Faced with these concerns and in an attempt to reassure the international community, Iran agreed to the maximum level of transparency and cooperation with the IAEA through provisional implementation of the Additional Protocol and Subsidiary Arrangement Code 3.1. This confidence-building policy temporarily, voluntarily and partially suspended enrichment and allowed for political negotiations with the EU3 — France, Germany and the United Kingdom — and Russia. The Iranian supreme leader, Ayatollah Ali Khamenei, signed off on all these measures.

Through this approach, Iran succeeded in a number of diplomatic and technical achievements related to its nuclear activities. During the Khatami presidency its accomplishments included the following:

These achievements came at some cost. Iran’s agreement to temporary, partial and periodic suspensions of enrichment led to impatience among certain segments of the population and placed the moderates under intense pressure. The nuclear issue became one of the main platforms in the 2005 presidential elections. During and after the campaigns, some of the hard-liners labeled Khatami’s nuclear negotiating team and moderate officials as spies, traitors and tools of the West who had sold out the rights and ambitions of the country.

Nuclear diplomacy under the Ahmadinejad administration took an approach different from its predecessor's. Only Iran’s nuclear rights carried over from the Khatami government as a major concern of the new administration, which took power in 2005. Avoiding referral to the UN Security Council was dropped as a central policy objective.

The new nuclear policy had its advantages. Enrichment activities were expedited, and Iran increased the number of its centrifuges, from 3,000 to 12,000, and the level of enrichment, from 5% to 20%. Its low-enriched uranium stockpiles surpassed eight tons. The policy’s most important achievement was demonstrating to the international community that the advance of Iran’s nuclear program was irreversible. At the same time, the costs of Ahmadinejad’s policy were huge and manifold:

The next Iranian president will not be able to revert to Khatami’s nuclear strategy, because the nuclear file has already been referred to the Security Council, nor to Ahmadinejad’s strategy, because the multilateral and unilateral sanctions should be lifted. Although the supreme leader will remain the ultimate decision maker in Tehran, the new president will play an important role formulating the country’s third nuclear strategy.

Understanding the domestic political considerations related to nuclear diplomacy, and taking into account the positive and negative consequences of past strategies, will help the P5+1 — China, France, Germany, Russia, the United Kingdom, and the United States — and the next Iranian president define a new realistic and face-saving solution for all parties involved.

My advice to the P5+1 would be that the key to ending the ongoing situation is to respect “Iran’s rights under NPT,” which includes enrichment. To the next Iranian president, I suggest accepting the maximum level of transparency in cooperation with the IAEA and offering assurances to the P5+1 on “no breakout” toward nuclear weapons.

To make a breakthrough possible, US President Barack Obama and the new Iranian president should not limit themselves to only discussing the nuclear issue. Instead they should think outside the box and make headway on areas of mutual, Iranian-US interest, such as Afghanistan, Iraq, and Syria and energy security. Progress on US-Iranian relations will inevitably increase the possibility of a breakthrough in the multilateral nuclear negotiations.

Ambassador Seyed Hossein Mousavian is a research scholar at Princeton’s Woodrow Wilson School and a former spokesman for Iran’s nuclear negotiators. His latest book is The Iranian Nuclear Crisis: A Memoir, published by the Carnegie Endowment for International Peace.