Secretary of Iran's Supreme National Security Council Ali Shamkhani has said that the six world powers had requested to interview him as part of a comprehensive nuclear deal. 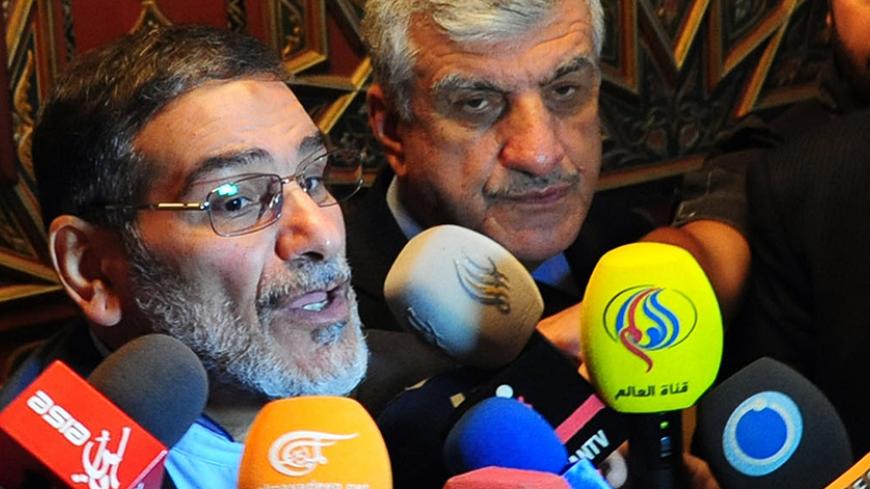 On May 13, when International Atomic Energy Agency head Yukiya Amano said that the agency expects Iran would permit inspections of military sites as part of a comprehensive nuclear deal, conservative Iranian media outlets reacted harshly, vowing that Iran would not allow such a thing. On May 20, Iran’s Supreme Leader Ayatollah Ali Khamenei said that Iran would not only not allow inspections of military sites but most importantly, would not allow the IAEA to “interrogate” Iran’s nuclear scientists, saying the request came from a “brazen and insolent enemy.”

The five permanent members of the UN Security Council plus Germany (P5+1) had reportedly presented Iran a list of names of nuclear scientists to be questioned by the IAEA. On May 26, Iranian negotiator Seyyed Abbas Araghchi said that while Iran would accept “managed inspections” as part of the Additional Protocols, it had rejected the P5+1 request to interview Iran’s nuclear scientists.

In an interview with Iranian TV on May 30, Ali Shamkhani, secretary of Iran’s Supreme National Security Council (SNSC), added a twist to the controversy when he said that his name was “first” on the list of those the P5+1 had requested to interview. He added, “It’s not clear what questions they have. There are 23 individuals and our negotiators have rejected this request.”

Up until this point, it was believed that only a request to speak with Iran’s nuclear scientists had been presented. However, Shamkhani’s words suggest the P5+1 and the IAEA have a wider list that includes military officials as well. Shamkhani has had a long military career. Before being appointed SNSC secretary, he was a commander in the Islamic Revolutionary Guard Corps during the Iran-Iraq War, commander of the IRGC's and Iran's regular navies and served as President Mohammad Khatami’s defense minister from 1997 to 2005. He is also Khamenei’s representative to the SNSC.

The ongoing nuclear negotiations are one of the most debated and widely covered issues in the Iranian media today, and Shamkhani’s comment about being on the list of requested interviews topped the news on a number of Iranian websites. Comments by Khamenei’s foreign policy adviser, Ali Akbar Velayati, have also made headlines.

In an interview with Iranian television, Velayati, who is generally supportive of the nuclear negotiations, said, “The reason the negotiations haven't reached a result is the excessive demands of the Americans. For example, in Lausanne, it was agreed that Fordow would have 1,000 centrifuges remaining, and this was stipulated in their own fact sheet, but in the next round they reneged and said that only 350 centrifuges should remain.”

This is not the first time that Velayati has cited disagreements over Fordow, suggesting that the Iranian and American sides have different understandings. The US fact sheet, which was published on the State Department’s website after the April 2 Lausanne framework announcement, states, “Almost two-thirds of Fordow’s centrifuges and infrastructure will be removed.” Iran currently has 3,000 centrifuges at Fordow, and this leaves them with 1,000, as Velayati said. Jeffrey Lewis, director of the East Asia Nonproliferation Program at the James Martin Center for Nonproliferation Studies at the Monterey Institute of International Studies, told Al-Monitor that it was agreed in Lausanne that Iran would keep approximately 1,000 centrifuges at Fordow but only operate 350 for stable isotope separation. He believes that Velayati is "conflating the number installed at Fordow … and the number engaged in stable isotope separation."