In a surprising move, senior Likud member and former Interior Minister Gilad Erdan rejected Prime Minister Benjamin Netanyahu’s offer of a Cabinet position and is staying out of the new government. 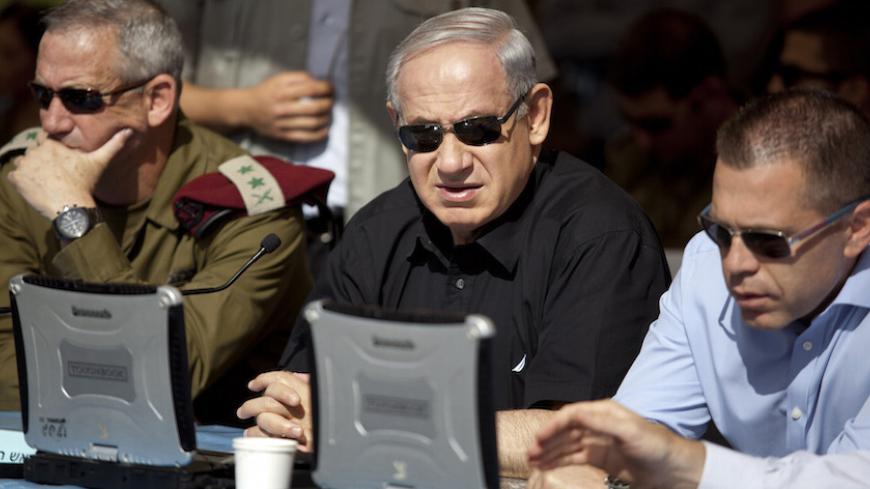 Right up until the government was sworn in at the Knesset the night of May 14, Prime Minister Benjamin Netanyahu and his closest advisers believed that former Interior Minister Gilad Erdan would be placated and join the new Cabinet. Netanyahu believed that things would remain as they always had been in his long relationship with Erdan. He believed that even if Erdan had hoped for a more senior appointment, he would accept being named minister of internal security, gaining him access to the Security Cabinet, and minister of strategic affairs. The prime minister’s working assumption was that although Erdan came in first in the recent Likud primaries, he would reach the inevitable conclusion that he would not get the Foreign Ministry, which is on hold for Zionist Camp leader Isaac Herzog, should a unity government eventually be formed.

But Erdan surprised everyone, including maybe even himself, when he decided on that momentous day to break the pattern of his usual relationship with Netanyahu. He took a gamble that could lead to the end of an impressive political career, but that could also be a political masterstroke, paving the way for him to contend for the Likud leadership at some time in the future.

Instead of the Foreign Ministry, Erdan requested of Netanyahu an expanded Ministry of Internal Security, to include the Interior Ministry. His request was based on a model that can be found in several European countries, in which the minister of internal security is also in charge of the local authorities. He also asked Netanyahu to increase the ministry’s budget, given all the serious corruption charges that the Israeli police forces are now dealing with, and a dearth of manpower. Netanyahu rejected his demands, and Erdan decided to stay out of the government.

Most senior members of the Likud believed as late as May 19 that some formula would eventually be found to allow Erdan to rejoin the government. However, when the new Cabinet members arrived at the president’s house for the traditional photo shoot, they learned that there had been no dramatic plot twist. Erdan was still out. It seemed that this time, the senior Likud member was unwilling to compromise, preferring instead to signal to Netanyahu that the prime minister would have to pay a political price for taking him for granted.

The day after the swearing in, Erdan opened a Twitter account and wrote, “As of last night, I have time, so I am starting to tweet. I decided not to join the government. Without the ability to instigate change, there is no reason to be a minister.” Later, a photo of Erdan appeared on the social networks, showing him alongside two people whom Netanyahu particularly despises: former minister Gideon Saar and the chairman of HaBayit HaYehudi, new Education Minister Naftali Bennett. The three men are seen smiling together at the Jerusalem Day celebrations. Political pundits were quick to attribute hidden motives to the photo, as if a new alliance had been forged between Erdan and Saar, who quit the government after feuding with Netanyahu. The fact of the matter is that the event that was the subject of the photograph had actually been scheduled long in advance. There is no such political alliance, at least not yet. In fact, the opposite could be true. It is much more likely that the two men will face off against each other in a fight over the Likud leadership.

Nevertheless, no one in Netanyahu’s inner circle liked Erdan’s recent moves, to put it mildly. Though the prime minister’s confidants continued to talk about how fond he was of Erdan — as opposed to Saar, for example — they also noted that Erdan was starting to get carried away. The general impression, however, is that the former interior minister is not getting upset about any of that. He is simply carrying on with his independent-minded actions. Erdan has already signaled to Netanyahu that he is not in his pocket, and that there is a price to pay for his support. Though he did vote for the government at the swearing-in ceremony and will not do anything to bring it down, and even if his one vote could be decisive for a government of just 61 Knesset members, there are still many other things that Erdan can do to embarrass Netanyahu and leave him with a headache.

Meanwhile, Netanyahu has signaled that he will continue to move forward, and tried to focus on work. As minister of communications (Netanyahu left the portfolio for himself), he fired the ministry’s director-general, Avi Berger, in a brief phone call. Berger, who was appointed by Erdan, will apparently be ​replaced by Netanyahu’s confidant and campaign manager Shlomo Filber. The move itself has enormous significance for the communications market, since it could put an abrupt end to the reform instituted by Erdan and Berger to increase competition in the telephone market by breaking up the veteran Israeli communication giant Bezeq.

In contrast, Erdan signaled that he would not be raising the white flag of surrender. He dropped a bomb and opened battle against the prime minister without batting an eye by announcing that he would submit a law to limit the power of Bezeq. According to the proposal, Bezeq would be required to sell off its assets in all content companies, as well as its services, transforming it into a provider of infrastructure only. Erdan explained the move, “Over the past few years, Bezeq has taken every possible step to interfere with and delay the implementation of reforms, which would reduce the cost to the public by percentage points [well into the double digits]. I therefore concluded that the right way to contend with such a powerful monopoly is to require Bezeq to sell off all its assets relating to content and services, and to leave it as an infrastructure company only.''

If there is no new plot twist and Netanyahu fails to draw Erdan into his government, we could well see some surprising new opposition to the Likud chairman and the emergence of an alternative to Netanyahu’s leadership from within the party.

In the past few days, Erdan has announced that he has no plans to retire from politics (unlike Saar). He said that he will continue to serve the public, whether as a member of the Cabinet or a regular Knesset member. That is hardly good news, as far as Netanyahu is concerned. He is already struggling for balance as the head of a narrow coalition, and now he loses one of his own party’s most senior members. He is now losing one of his most loyal associates, a man who put himself on the line for Netanyahu's sake on more than one occasion, when it became necessary to defend the prime minister or the goings-on in his residence. Erdan also went out of his way to defend Netanyahu’s wife, Sara, when the bottle-recycling incident became public. Still, it seems as if even that wasn’t enough to spare Erdan the fate of other top Likud members from Netanyahu's deprivations.

Erdan, 44, began his political career in his 20s as a Likud activist on campus. He has an impressive track record in the party as an outstanding and highly regarded Knesset member and one of the best ministers to ever serve in the ministries he headed: Environment, Communications, and the Interior. And he has no intention of stopping. Over the past few years, but especially last year, it seems that Erdan has been gaining popularity among the public. He spearheaded the reform of the Broadcasting Authority, and showed responsibility and level-headedness as a member of the Security Cabinet during Operation Protective Edge. Polls of the popularity of the various ministers always place him near the top.

If he does stay out of the government, he can join forces with the opposition on certain issues that align with his own worldview. Should that happen, he will have to act cleverly and avoid any situation in which Likud activists might accuse him of harming the party. As of now, it hardly seems as if his decision has had a detrimental effect on him among those major Likud activists, who just recently helped him get elected to the top spot on the Likud slate.