Iran's Foreign Minister Mohammad Javad Zarif has reiterated over Facebook his claim that Iran does not jail anyone for their political beliefs. 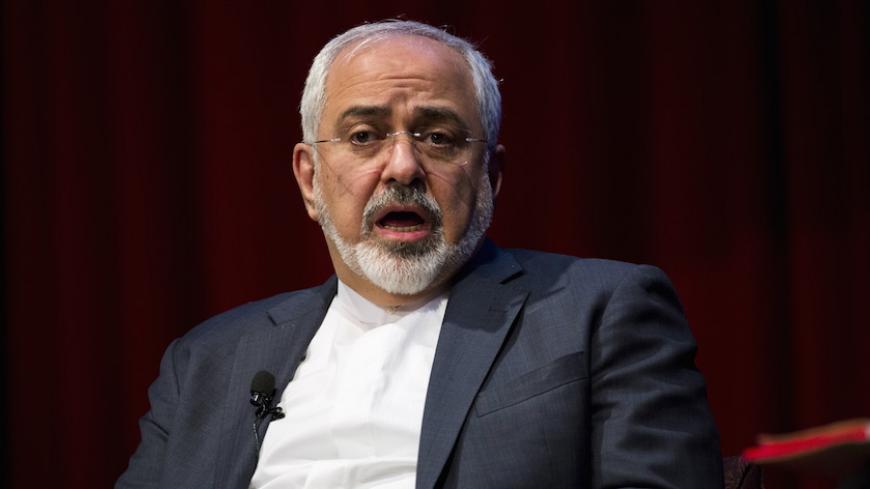 During his trip to New York to continue another round of nuclear talks, Iran’s Foreign Minister Mohammad Javad Zarif made controversial remarks about political prisoners in Iran. An online backlash forced him to respond on his Facebook page.

In an April 28 interview with Charlie Rose on PBS, Zarif said, “We do not jail people for their opinions. The government has a plan to improve, enhance human rights in the country. As every government should. And I believe we have an obligation as a government to our own people to do that. But people who commit crimes, who violate the laws of the country, cannot hide by being a journalist, being a political activist. People have to observe the law.”

The comment was a response to Rose’s question about imprisoned Iranian-American Washington Post Tehran correspondent Jason Rezaian. Rezaian was arrested last July along with his wife, who has since been released. He has been charged with endangering national security and espionage. Zarif also answered questions about Rezaian while speaking at New York University April 29, saying, “Some overzealous low-level operative” may have attempted to “take advantage” of him.

His comments, especially those to Rose, angered many Iranians online. Some shared memes and posters on their social media pages of Iranian political prisoners accompanied with Zarif’s comment, “We do not jail people for their opinions.” Others compared the popular foreign minister, who was greeted as a hero at Mehrabad International Airport after the signing of the Lausanne nuclear framework deal, to former President Mahmoud Ahmadinejad, who said in an 2011 interview with Fareed Zakaria on CNN, “There are no political prisoners in Iran.”

On May 1, Zarif wrote on his Facebook page about the various international media reactions to his New York trip. In response to the controversy over his comments to Rose, he wrote, “Stranger than anything else, fellow citizens inside and outside of the country, in response to my clear, precise and necessary answer about a journalist — whose situation has become an excuse for many amendments in the US Senate to confront a nuclear deal — have written long articles about this subject.”

Zarif wrote that while teaching as a professor or conducting diplomacy, he has long welcomed criticism. He said, however, “I have always said that criticism in a healthy society has to have two criteria: fairness and observance of national interests.”

He added, “A prerequisite for fair judgment is correct information,” explaining that before writing about something, a person must “at least listen once to the statements you are criticizing.” He went on, “National interests require that we not give water to the mill of foreign warmongers,” adding that some are using the situation of Iran seizing a Marshal-Islands flagged ship in the Persian Gulf or the arrest of certain individuals “as an excuse for the continuation of conflict and crisis.”

Zarif wrote, “Please accept my apology for being straightforward. … In no way did I want my comments to hurt any political faction in the country. My intention has always been to defend Iran’s interests and Iranians and, God willing, it will always be so.”

Many activists were not satisfied with the answer and commented on Zarif’s Facebook post. One wrote that Zarif was defending the actions of a political faction in Iran that not only is unhappy about Zarif’s foreign policy work but has attempted to thwart his diplomatic efforts.